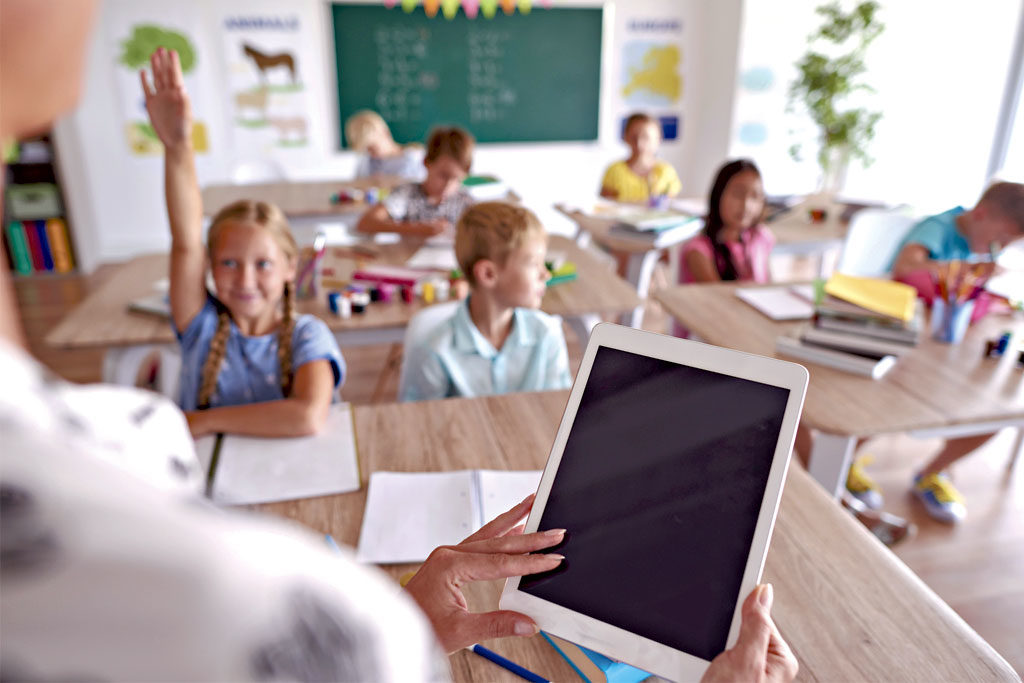 Technology’s role in the classroom is becoming more prevalent with apps like Class Dojo, which parents, teachers and students can use to communicate privately, share progress updates and track behaviour.

Although some say tools like Class Dojo are helpful for keeping parents in the loop, others argue that the use of technology in classrooms is overstepping boundaries and making “helicopter parenting” too easy.

“Honestly I don’t see any positives from this app. I only see negatives,” she says. “I’m all for information and sharing and community, but the level of intrusion into the classroom of a parent through this app is too high, in my opinion.”

Schafer says technology is already enough of a distraction. Apps like Class Dojo put pressure on teachers to be in constant communication with parents, which could take away from teaching time.

“I think that, from a time management perspective, it means less time for the teacher to connect genuinely with the students in real time,” she says.

Michael Ianni-Palarchio, director of IT at Branksome Hall, says the teachers mostly use the Branksome portal to communicate with parents, but they also use a third party app called Seesaw for students in junior kindergarten to Grade 6.

“When it comes to parents, our objective is really to keep them engaged with the school so they can participate in that learning process with their girls,” he says. “We look to meet 21st-century parents where they are, but our philosophy is that, at the end of the day, students are accountable for their work.”

Whitney Baker, secondary school teacher and mentor for the Toronto District School Board’s Digital Lead Learner program, notes that with all technology, boundaries are necessary regardless of an app’s capabilities. He says that apps in the classroom aren’t the real issue — it’s how they’re used.

“I think that with any technology people can message people whenever they want to. But how and when people respond, how work hours are respected and that kind of thing, I think that’s a whole different ball game,” he says.

Baker says that parent-teacher communication tools are important, and everyone involved in the education system is learning more about best practices as technology advances.

“I’m quite thankful for the changes and leaps in technology in terms of being able to very quickly share evidence and achievement with the parents. There’s a great amount of flux right now,” he says. “There’s quite a spectrum still, and it’s a process in which all stakeholders have a role to play.”