Parent to Parent: Crafting a home curriculum for your kids | TRNTO.com
Skip to content 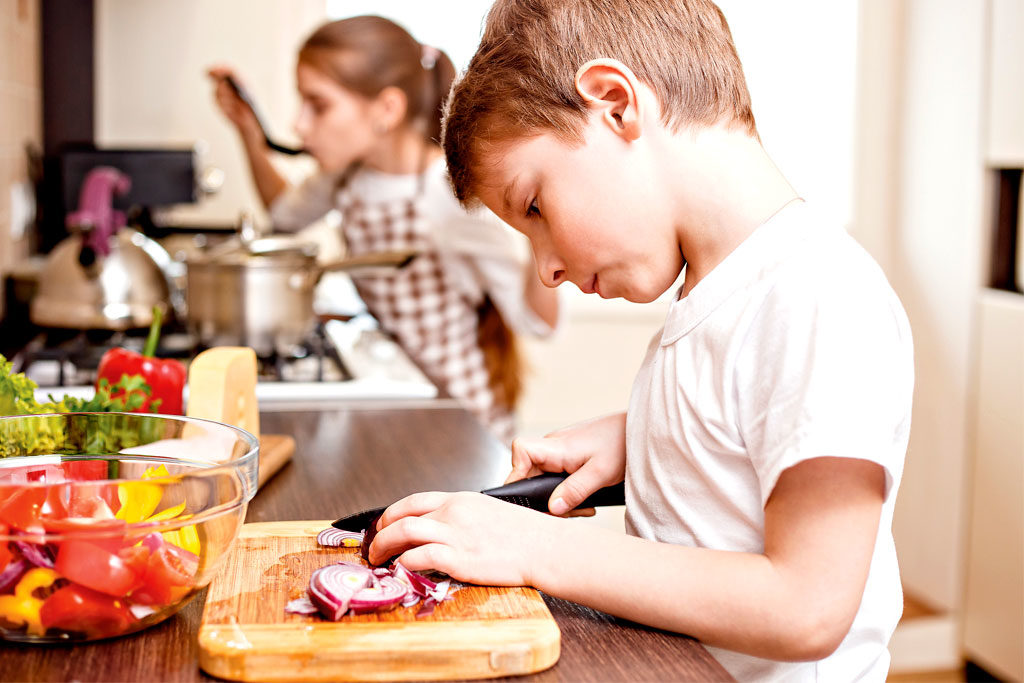 But none of us found meaning in school. It was a means to an end. Get good grades so you can get into a good university. School presented the challenge of doing the least possible work in order to achieve the desired outcome, which was high grades. Giving the grown-ups what they wanted to keep them off your case.

It was akin to my lying to the orthodontist. At every appointment he’d ask if I was wearing my headgear every night. I’d answer yes. This was always a lie. He’d nod happily.

School and orthodontic compliance had this in common: That they could be scammed.

Which is why I’m suggesting that parents develop a “home curriculum” of stuff you want your kids to learn. This curriculum will change as they grow up.

Starting when my kids were about five, I wanted them to learn to cook and clean the kitchen. My thinking was that the deeper learnings underlying those two important skills would be taking responsibility for themselves, independence and having a habit of work. Given the decision to adopt the “home curriculum” of cooking and cleaning the kitchen, we had to figure out how to get them to do it. Because what kid will choose to cook dinner and clean the kitchen every night?

One kid was interested in cooking but not cleaning. So teaching her to cook was easy. The other one was willing to do neither. Here’s what pre-dinnertime sounded like in our house when that became clear:

After two or three nights of that, the conversation sounded like this:

And so began the nightly cooking lessons. And this part was shocking: after a few goes at it, my son turned into an enthusiastic participant. Getting to wield a sharp knife was pretty exciting for a young boy.

Being lavishly complimented on his homemade mac and cheese was fun. Making it for his friends even more so. It turned out that béchamel sauce had some cachet in the under-10 set, if you stirred in enough cheddar and mixed it with elbow noodles.

By the time they were adolescents, both kids figured out that cooking gave them social power. Being able to go to Loblaws, buy food and cook it seemed — to them and their friends — very grown-up and cool.

The friends gathered round.

Part Two of the early years “home curriculum” was cleaning the kitchen. Nobody wanted to do that. I’d heard terrible stories of parents nagging kids to do their chores. Didn’t want to nag, it’s such a powerless negotiating position. My mother nagged. I ignored her.

So we adopted an allowance strategy. Each of them got an allowance. They were told that they had to clean the kitchen every night from Sunday to Thursday after dinner, and that for any day when we entered the kitchen at 7 a.m. and it was dirty from dinner the night before, both of them would lose $5 off their next allowance. Why both? To learn to share responsibility. It worked like a charm. I think we had to charge them once.

The next item on the “home curriculum” was managing money, starting at age 12. Clearly a core life skill. Also frequent family fodder for conflict. We wanted to delete the conflict and offload the responsibility onto the kids, so they’d learn how to take it. So we figured out how much money a kid needed, minus essentials, and set that as their weekly amount. Not included were winter coats and boots, camp and extracurricular  items and school supplies — because if the child messes up, we still need them to have those things. But everything else — entertainment, clothes, fun snacks — had to come out of their allowance. If they ran out, too bad. We wanted natural consequences. They worked.

The bottom line is to be intentional and strategic and use reverse engineering to plan the home curriculum. This means asking what outcome we desire, and then figuring out how to get it. We do this all the time at work, calling it project management. That same thoughtfulness brought to bear on child-rearing bears sweet fruit.