Parent to Parent: Does algebra loom large in your future? - TRNTO.com
Skip to content 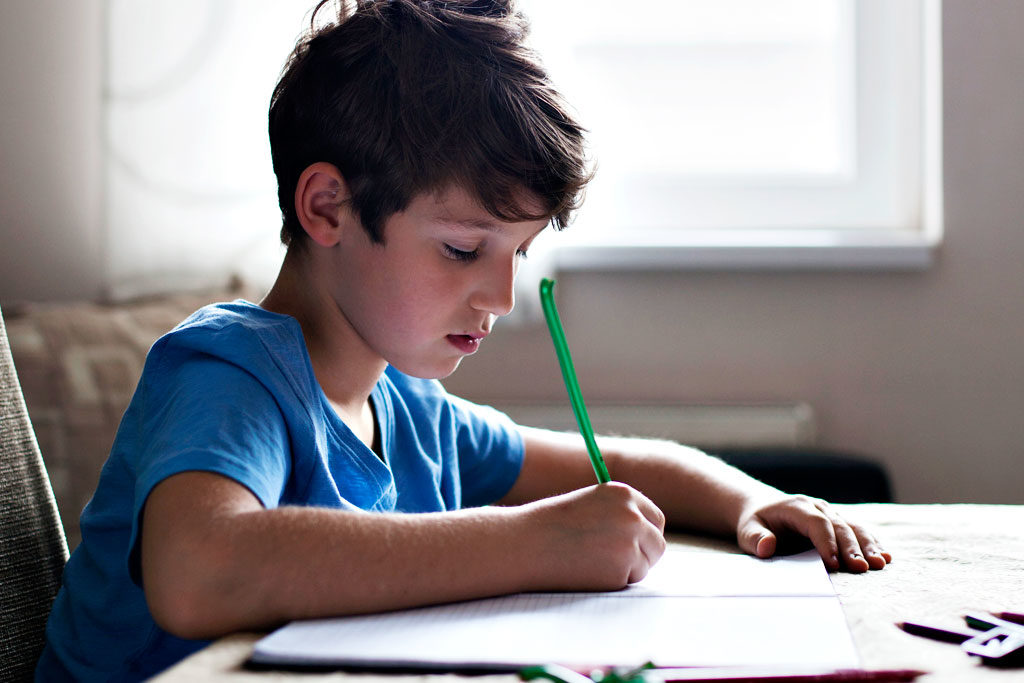 How’s Grade 4 math treating you? Funny about those times tables, they never change.… And how about long division? Are you ready for that? Don’t even think about algebra and geometry, but they too loom large in your future. Oh, wait a minute, you’re still making flour-and-water maps of the world? Don’t worry, you have a while to go before the hard stuff starts. They’re breaking you in easy.

Think of papier mâché as the gateway drug to much tougher homework. Sounds crazy, right?

But it’s how you start off with a very particular attitude about your children’s homework. Somehow, as if by magic, homework quickly becomes our homework. Not theirs, but ours. How do we demonstrate this ownership to our children and to ourselves? By sharing homework with them.

I get how easy it is to do this. When my first child was born, I felt as if I’d grown a third leg, a leg that hurt as much as the other two when wounded but over which I did not have control. This was a terrifying thought, which did not lessen when I had a second child. More legs!

My response to these feelings was to spring into 24/7 protective action. Mama bear had nothing on me.

Then I got really lucky. Soon after my son turned eight, all four of us were in the office of a very smart family therapist. My son and I were fighting a lot about homework at the time. The therapist asked him who should be in charge of his homework.

Therapist: “It’s his homework, so he should be in charge of it.”

She didn’t charge us extra for that, but nor did she relent. We left that day with an eight-year-old in charge of his homework. I only agreed because we were paying her so much money.

Hands-off is not my style. As a certified control freak and borderline perfectionist, I don’t do laissez-faire.

But I follow orders well, so I did what she said, and guess who learned to take responsibility for his homework? The bumps along the way were his bumps, the victories his too. I continued to annoy his teachers, who, I now understand, saw lots of parents like me. Every year at Parent Teacher Night I’d ask the French teacher why Max’s French was so appalling and she’d say Max was doing well enough. Same with the English teacher, the history teacher and the head of extracurriculars. My mantra was that he should do more, he had so much potential blah blah blah, and theirs was that he did enough and was good enough.

I understand now — and did not see then — that the teachers wanted the student, not his mother, to be in charge of his education. I am a slow learner, but now I finally get it.

What I learned is that the greatest challenge of school, except for children with special needs, is not for the children but for the parents. This challenge is called separation. Our hardest job, after nonstop caregiving and protection for their first six years, is to separate from them with respect to their school life. To let it be theirs, so that they own it 100 per cent. No shared ownership, because that muddies the waters, which lets them off the responsibility hook.

When we take responsibility for our kids’ homework, when we nag them to do it or participate in it significantly, we send our kids two problematic messages: First, we’re silently communicating: “I don’t trust you to get your homework done.” And second, we’re messaging: “I don’t have confidence that you can do it.”

These aren’t the kinds of messages kids need, even when they’re unstated. They need the opposite messages. They need us to believe in their ability, to have confidence in them, to trust that they’ll learn to make good choices and that they will learn from their stumbles.

This is much harder for us than for them — which is why it gives us terrible separation anxiety. Not a good feeling. Luckily there’s a cure: pour yourself a glass of wine, hit the couch and relax. This will be a challenge the first few times, but you too can learn new skills.