Parenting Olympics: A meditation on Olympic parents versus us average joes - TRNTO.com
Skip to content 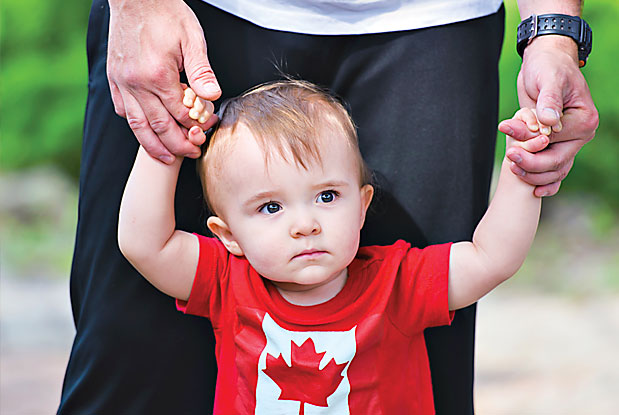 I’m not sure I understand nor condone the “momification” of the Olympics. You know what I mean: major sponsors lining up to thank Mom and, begrudgingly, Dad, at the medal ceremonies, since they drove Evan out to the ski hill every day, went to the ice skating rink every morning at 5 a.m.

Although there’s no denying that the athletes require the support and pocketbooks of their families to succeed, I think this is just the latest in the biggest sporting event in the world.… No, not the Olympics themselves, but the Parenting Olympics where judgment is as fast and as biased as a conspiracy theorist’s opinion of an international figure skating judge.

With the closing of the 22nd Winter Olympics, I feel quite qualified to speak on behalf of those of us who haven’t so far, and likely won’t ever, produce an Olympic athlete. My oldest child is 22 and as everyone knows, moms age four years for every one, once they have kids.

Are these gold medal moms and dads better than the average mom or dad? Could your child have been an Olympic athlete if not for your selfish devotion to having an adult life of your own? Shame on you.

I find it especially compelling that many of these parents are the first in the helicopter generation to send their 19- and 20-year-olds to the Olympics. Those same parents who fought to provide their children with trophies just for showing up. Surely they are, in fact, being bad parents in allowing their youngsters to compete for a medal that states emphatically that they either win or lose.

My own 11-year-old son was aghast that ice pairs skaters are not required to wear helmets, what with the women seemingly being hurled across the ice in wild abandon.

The real challenge for parents is determining whether their child truly has the talent and the drive to get to the Olympics or if they’re just trying to get out of doing their Grade 10 trig homework.

Most parents push academic over athletic. When the daughter you’ve been driving to ballet class every Saturday for 12 years tells you she wants to focus on dance as her $20,000-a-year university major, you might pause and point out the successful engineers you know.

For all the medal-worthy athletes who made it to the Olympics on the backs of their parents, there are other honourable unmentioned “kids” who are studying their French just a little bit harder before they go to a game or writing a thoughtful essay for English class after spending two hours in a sweaty gym. They have the moms and dads who also need recognition. I’ll clear some room on my daughter’s trophy shelf for one, thanks.

Kathy Buckworth is the author of I Am So the Boss of You: An 8-Step Guide to Giving Your Family the ‘Business.’ Her column appears monthly.