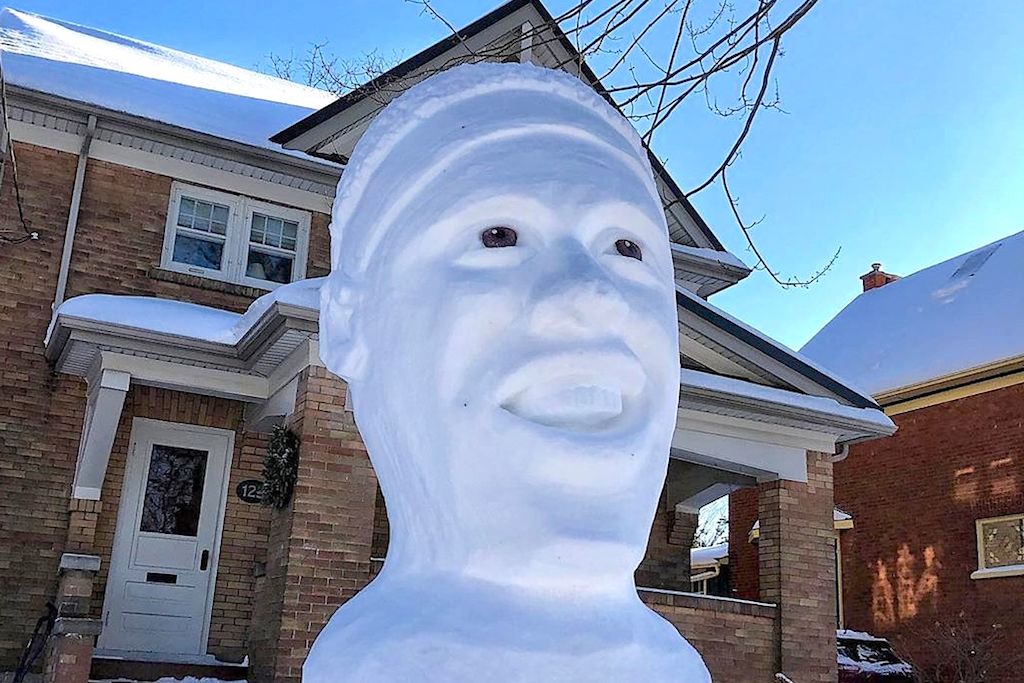 While most people were hiding from the snow squalls and extreme cold weather over the weekend, snow sculptor Matt Morris took advantage of the flurries by paying tribute to Raptors’ forward Pascal Siakam with a 7-foot-tall sculpture.

Pascal Siakam has an amazing spin move. So my 7’ snow sculpture tribute to him had to spin. #snowsculpture @pskills43 @raptors #raptors #wethenorth #torontoraptors pic.twitter.com/cV9GTyOhUH

The Waterloo resident, who has been creating snow structures on his front lawn for the past nine years, detailed his venture in a series of tweets. His project started on Saturday with more than 8 feet of snow — the vast quantity of which made the sculpting a so-called “easy” task.

On Sunday morning, his “field of dreams” looked more like a tall mountain of snow. But his “work in progress”  began taking shape a little later in the day, before reaching the phenomenal outcome. Since Siakam has an amazing spin move, Morris said his tribute had to spin as well.

Although Pascal Siakam is actually 6’9”, on Morris’s front lawn he is about 7 feet tall.  “At any height ‘Spicy P’ is an All-Star,” Morris tweeted.

Even Siakam himself was a fan. “Haha that’s dope,” he responded in a tweet.

The Raptors forward is currently in the running to participate in his first NBA All-Star Game, with fan voting set to close Monday, Jan. 20 at 11:59 p.m. ET.