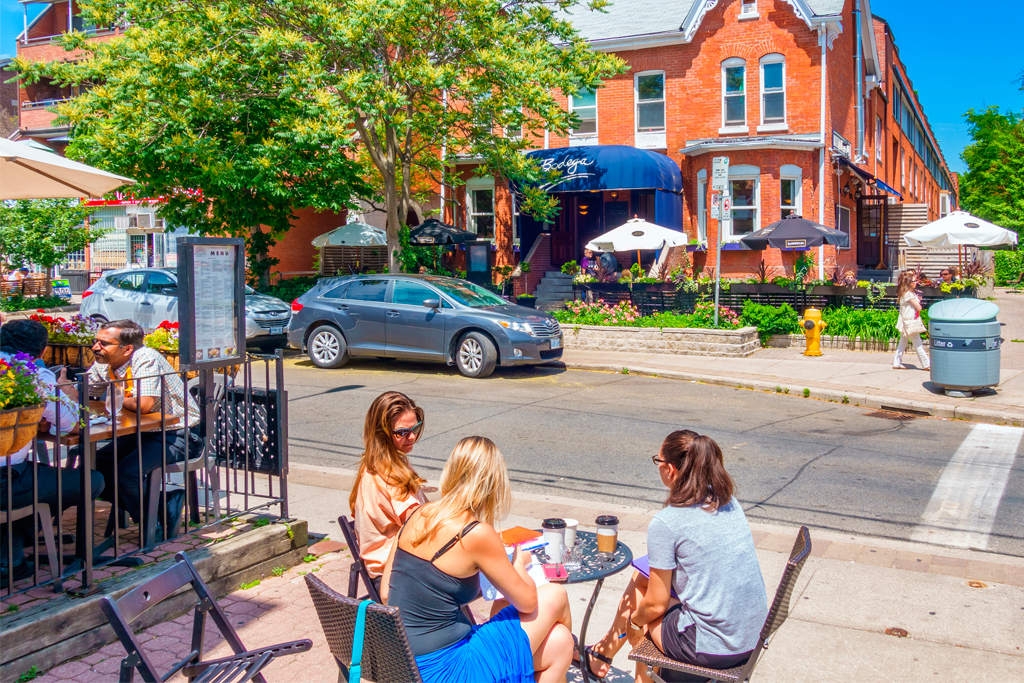 Social distancing has confined many Torontonians to the small apartments and condos in which they live, with limited access to outdoor space. To combat this, the City of Toronto has been enacting new policies that convert road space into pedestrian-oriented spaces such as patios and bike lanes.

According to the city, these reclaimed spaces are not currently intended to be permanent. A spokesperson for the City of Toronto said CaféTO will run until Nov. 15, but that, “Council could extend it if it desires.”

“The ActiveTO expanded cycling network will be in place through the fall of 2021, after which staff will report to council on the network’s future.”

The City of Toronto spokesperson also said that while they won’t speculate on future years at this time, “The city is currently focused on the successful rollout of these programs this year.”

The CaféTO program launched as Toronto moved into Stage 2 of reopening on June 24. It allows restaurants and bars to install or expand a sidewalk or curb lane café. This program allows restaurants to serve patrons outside in an environment that allows for physical distancing. With indoor dining still prohibited, some restaurants have described CaféTO as a lifeline.

Through the ActiveTO initiative, the city has been expanding cycling networks and closing major roads to cars on weekends.

According to the city’s website, the ActiveTO plan is “about making sure people have space to get around while respecting physical distancing.”

In late May, city council voted to expand Toronto’s cycling network by 25 kilometres in hopes of relieving stress on public transit and encouraging Torontonians to consider biking their commutes during the pandemic.

The road closures are intended to allow for walking, running, and biking. More than 10 km of major roads will be closed to cars, including parts of Lake Shore Boulevard East and West as well as parts of Bayview Avenue.

We love the #ActiveTO Lake Shore W, Lake Shore E, and lower Bayview weekend roads closed to cars/open to walk, roll, ride. And we want to see them extended past Labour Day and expanded outside the core.https://t.co/IfvTsfUKHo

Cycle Toronto said the ActiveTO initiatives were a step forward, and that they hope the city will expand them in the future.