Peter Mansbridge on Justin Trudeau's blackface, the election and his new podcast | TRNTO.com
Skip to content 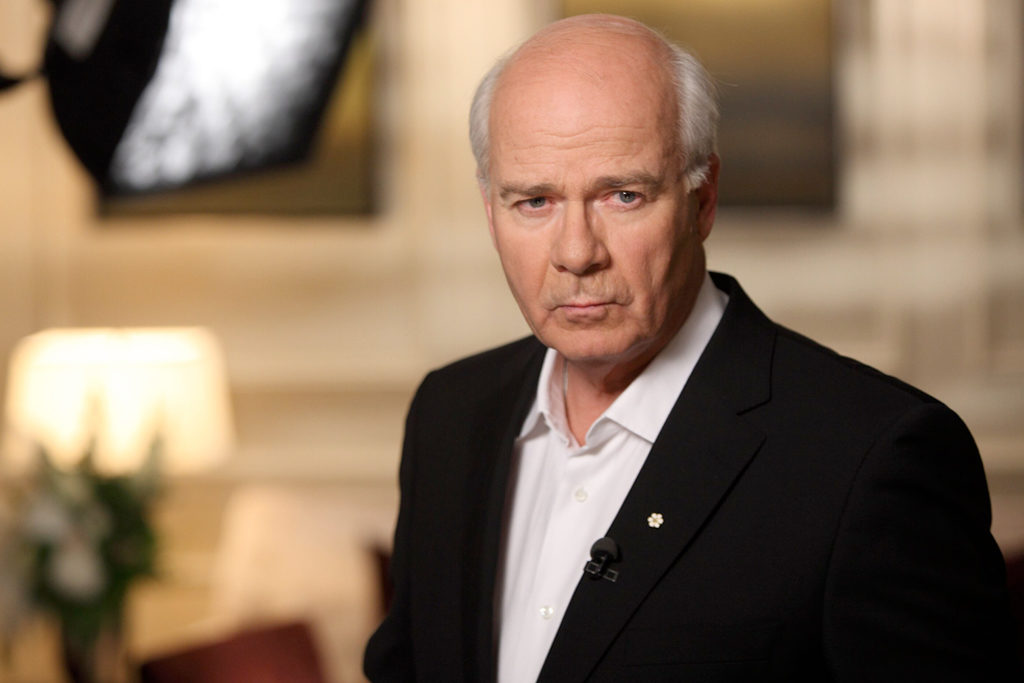 The original interview was conducted as the campaign got underway, but with photos uncovered that show Justin Trudeau in blackface on numerous occasions, we followed up with Peter Mansbridge to get his take just hours after the news. The first two questions refer to this scandal:

What was your reaction to the news of the Justin Trudeau blackface photos?

Campaigns always produce surprises and sometimes they are big ones. This is a big one. Journalists have a lot of questions to ask here and that process is just starting. So the basic reaction here is, we have a story to do, let’s do it and do it responsibly.

Can someone who wants to lead our country recover from something this bad?

That depends on a lot of things including all the unanswered questions that need answers.  At this moment we are now the middle of the 24-48 hour bubble that follows the breaking of a story like this.  What Justin Trudeau does and says in the hours that follow and what his competitors do and say will have a lot to say about how this plays out. It’s Trudeau’s worst moment of his political career and it’s also the biggest test of his career. His time in office may hang in the balance of how he handles this.

You’ve been travelling the country, taking the pulse of voters. What issues are of concern right now?

Climate change, so far, comes up a lot, certainly a lot more than it did four years ago, and that’s interesting. But again, it’s early. But it is certainly there. Health care is there and has been as long as I can remember in past elections. And the economy is there. The major issues that we tend to talk about and then other issues like in Kelowna where they brought up food safety and concerns that the federal government is spending enough money to ensure our food is safe.

What about the battle for third place between the NDP and Green Party?

Well, we kind of saw this battle developing over the last few elections, but then it dropped off fairly quickly, and the NDP took their traditional position, and the Greens come up with one or two seats and four or five per cent of the vote. This time around, certainly going into the campaign, the Greens are much more of a threat to that traditional NDP vote. Now, whether this is the perceived weakness of the new leader of the NDP or a fascination with green policy and the green leader, I don’t know.

How will it impact the other parties?

Watching from the sideline, this is very important for the Liberals. They would believe that a collapsed left is going to benefit them — people running to the Liberals for fear of a Conservative government. But the Greens complicate that if they [the voters] are going to run from the NDP to the Greens and not to the Liberals. It brings a whole new dynamic into play.

Were you surprised Justin Trudeau decided to start skipping debates?

Usually, the way that this breaks down, the parties that think they are in the best position to win are hesitant. Debates carry a certain degree of risk. The whole idea of having a whole slew of debates is relatively new.

And what are we supposed to make of the fifth-place party led by Maxime Bernier?

Any way you look at the People’s Party, they are going to have an impact, whether they are in the debates or not. This guy, any votes he gets will almost certainly come out of Andrew Scheer’s pocket. So it’s not good for them to have him around at all. But he is around; he’s got a lot of candidates. We’ll have to see how much he travels around the country, and it could get ugly.

What inspired the Bridge?

Well, the CBC had asked me a number of times if I was interested in doing one [a podcast]. I was a bit, but not on a full-time basis. I was waiting for the right moment, and you know I love politics. I always have.

And doing a podcast every night is ambitious.

It’s been fun so far. I wanted to do it every night or at least every weeknight during the election — some nights 10 or 15 minutes. The whole idea of it is to try and give somebody something bite-sized, so at the end of the day, they can get up to date on why things are happening the way they are happening.

What have been the surprising political turns you’ve witnessed over the years?

There have been a few. In 1993, when the Conservatives with Kim Campbell started that campaign, they were in the lead in the polls, which is a good lesson for us all. They were barely in the lead, but they were in the lead, and they got wiped out. They got two seats at the end of the night. And the Bloc Québécois became the official opposition in Canada with seats only in one province. Those kinds of nights don’t often happen, but they happen.