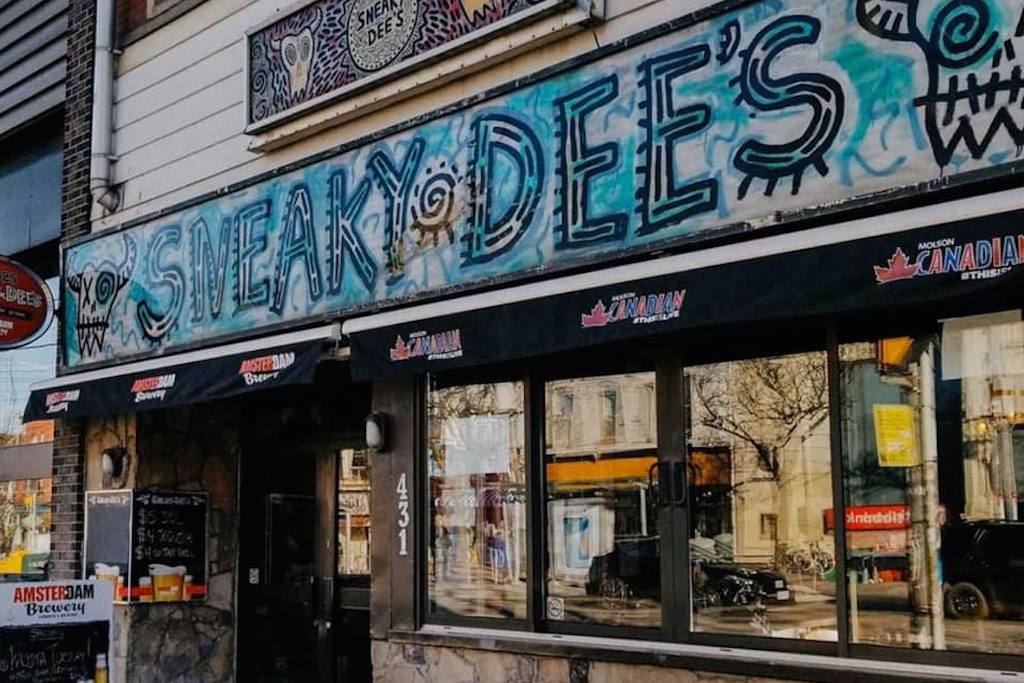 Long-time indie music hotspot and legendary nachos purveyor, Sneaky Dee’s, is the next small business to face property development closure. The city recently received a development proposal for 419 College St. (the location of Sneaky Dee’s) that will include a 13-storey mixed-use condo building.

The proposal includes 169 condo units that will span 13,009 square metres occupying most of the block. The proposal would change the block exchanging existing businesses for other commercial spaces approved by the developer.

A petition to stop the development plans is circulating and has received nearly 3,000 signatures in a day.

When news broke, social media was flooded with protests and memories from Torontonians including numerous musicians who cut their proverbial teeth at the venue such as Damian Abraham of the band F’d Up and Lowest of the Low who shot band photos at their old haunt on two occasions.

Sneaky Dee’s is a second home to me. I’ve been banned from there twice (for fighting and for a @FUCKEDUP set), had two meals named after the band, had @JaredLeto offer @laurentrouble and I nachos, saw Youth Youth Youth and too many other memories. Greek salad and fries 4 ever.

Another beloved Toronto landmark may be knocked down in order to make space for the most precious of commodities—condominiums.
The band’s first press photo in 1991 was taken at @thesneakydees, and was re-created in 2017 for @nowtoronto.
(Thanks, @sstanleymusic for the old pic.) pic.twitter.com/FBni0uVR5s

“While I haven’t seen any details of the proposal, we know it includes most of the block of buildings,” Layton said in a tweet.

Before its College Street location, Sneaky Dee’s was situated on Bloor Street but has been at its current location since 1990. The bar is locally famous for its nachos and for kickstarting some Canadian indie bands, including Arcade Fire and Feist.

Mayor John Tory recently told CBC News that the city has not yet reviewed the proposal submitted late on Sept. 4, before the long weekend. The area that Sneaky Dee’s is part of may also be designated a historic site in the coming weeks.

“There are many considerations, but first will be that the area has been under review as part of a Kensington Market Heritage Conservation District coming to council in fall,” Layton said in a tweet.

Toronto residents have seen several businesses close during the COVID-19 pandemic, with many others facing eviction. Sneaky Dee’s joins the ranks of other beloved music venues including the Orbit Room across the city facing extinction due to rent hikes and property proposals.