Phamilyeats is the place for homemade patties and pot pies in this Toronto neighbourhood | TRNTO.com
Skip to content 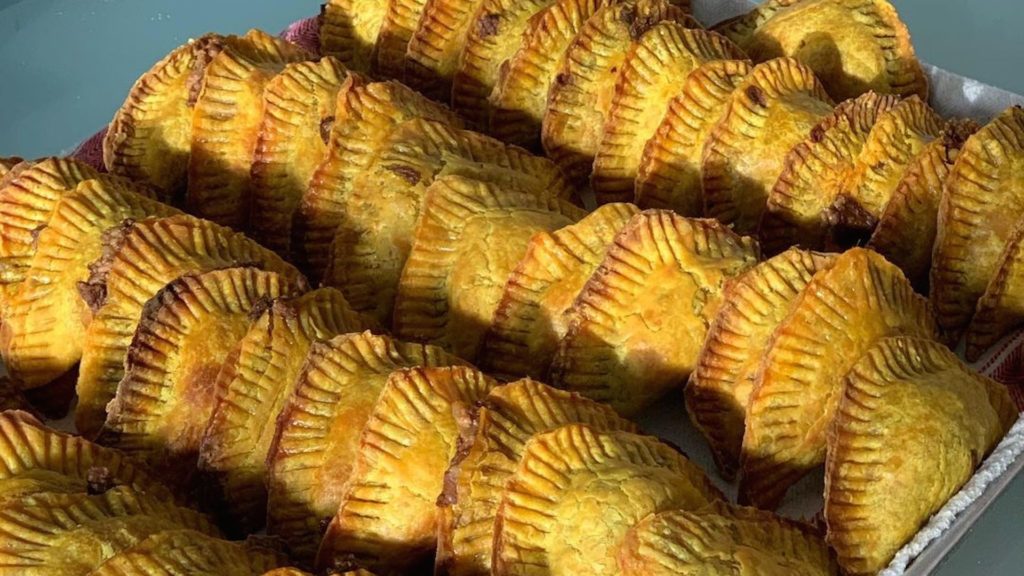 New Leaside patty and pot pie purveyor Phamilyeats has been a labour of love for owner Peter Pham. After years of working as a cook for restaurants like Gusto 101 and Buca on King St. W., Peter Pham pivoted to take a break from the industry. He started working in construction and demolition, continuing to cook on the side to fuel his passion for great food.

“I started trying to recreate my mom’s pot pies. They were so nostalgic and full of memories, and I was telling my coworkers and friends about it,” he says. “That’s kind of what got it going.”

When the pandemic hit, Pham was laid off from his construction job for two weeks. When a friend of his who had moved to PEI requested that he send her some of his beef patties to assuage her pregnancy cravings, Pham suggested they meet over Zoom so he could walk her through the process of making them herself.

“That was the moment I fell in love with making beef patties, the whole process, making the filling, the pastry aspect, and I don’t know, something clicked in my heart and mind and I just fell in love with it,” he says.

Pham continued making Phamilyeats patties out of his condo, and over time his side hustle snowballed into a phenomenon. He split his days between working full-time in construction while prepping and delivering orders after hours.

“It kept spreading like wildfire, friends gifted it to their friends and family members, and it continued on and on, and after about six months it had grown into something so crazy,” Pham says. “In hindsight, everything aligned perfectly but while I was doing it, I just knew I loved doing it and I didn’t have expectations. I just kept doing it to see where it would go.”

By December 2020, the owner of Conspiracy Pizza Dan Rios had reached out asking to sell some of Pham’s patties in his shop, which was previously located in a shared space with Adamson Barbecue. Due to safety concerns associated with Adamson Barbecue’s refusal to cooperate with pandemic restrictions, Conspiracy Pizza was forced to close, so Pham asked Rios to help him out at a new rental kitchen near Yonge and Lawrence.

Around the same time, Pham began working out of the rental kitchen, and a media site got his story out, and within two days, he had 1,500 orders.

“The phone just kept going off,” he says. “At first I was like, this is so cool and then it kept going all day and I was like what am I going to do? It went on like that for a week, and then I thought maybe I can do this full time, let’s see where it goes.”

He quit his job later that week. When Rios reopened Conspiracy Pizza, he made it part of his mission to help incubate small businesses, so along with Churnt Up, Pham’s Phamilyeats is now open for business at Laird and Eglinton Ave. Pham held the restaurant’s grand opening on Saturday, and he says so far, the community’s response has been positive and welcoming.

“In January I was making patties out of my condo and now I’m here, so it’s been great,” Pham says. “We want to be family-oriented and involved with the community, and this area has a strong sense of community. The customers have been telling us they’re happy we’re here and they’re happy to support.”

Visitors can choose from beef (mild, spicy, or extra spicy) or vegetarian patties as well as homestyle pot pies filled with meat and vegetables. Pham says down the line, he hopes to collaborate with his mother, who previously ran a restaurant, and also experiment with sweet pastries.