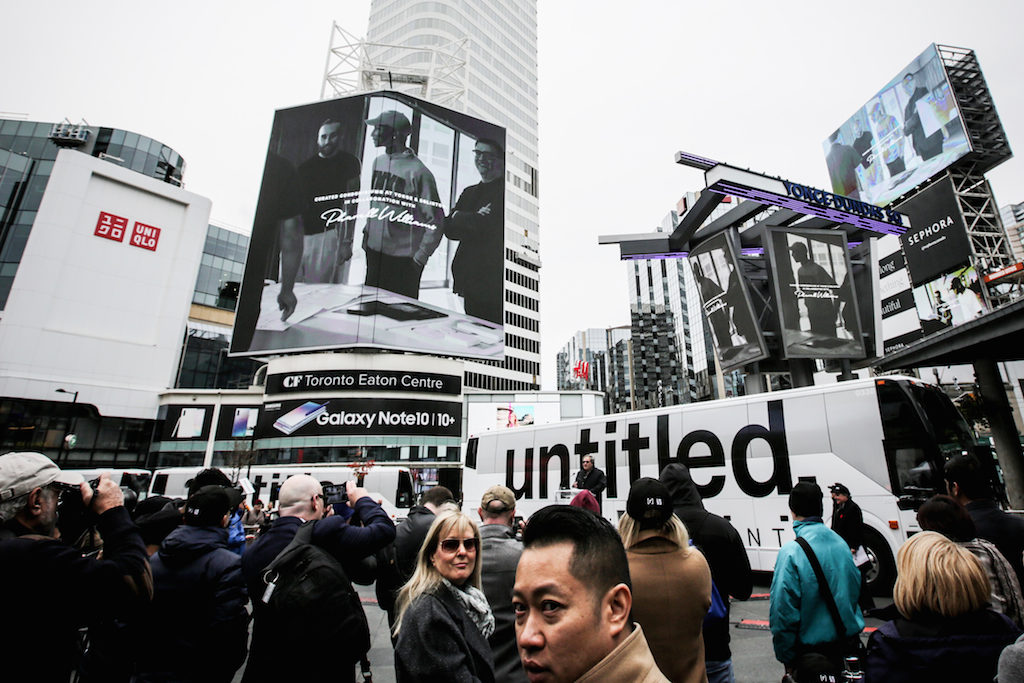 A revised site plan approval has been submitted to the city for the Pharrell Williams co-designed project Untitled near Yonge and Eglinton, which will bring even greater density to an area one city councillor says is already at a breaking point.

The project will see three towers come to the northeast corner of Broadway Avenue and Redpath Avenue in Midtown, including two condo towers of 21 and 33 storeys and a 36 storey purpose-built rental building.

In November of last year, it was announced with much fanfare that the Grammy Award winner would be involved in the design of the two condo towers, dubbed “Untitled.” The condo towers will contain a total of 751 units with 118 studios, 418 one-bedrooms, 141 two-bedrooms and 74 three-bedrooms. The development will also feature 606 square metres of office space in the towers’ shared podium.

The rental tower is planned to have 412 units, comprised of 85 studios, 107 one-bedrooms, 188 two-bedrooms and 32 three-bedroom units, as well as 100 square metres of street-level retail space.

The condo development and the rental building were first submitted as two separate zoning applications.

“Initially, a rezoning application was submitted for 100 Broadway Ave. and 223-225 Redpath Ave., with a separate application for 110-120 Broadway Ave. At the Local Planning Appeal Tribunal (LPAT), the two applications were combined into one — I’ve never seen that done before,” said councillor Jaye Robinson. “There was no public consultation on the revised proposal.”

In May 2017, the city received a settlement offer from the developer, which despite Robinson’s vote in opposition, was approved by city council.

Robinson said from the outset, she and the neighbourhood had concerns about the height and the scale of the proposal.

“Once the application was appealed, we did what we could in the confines of the new LPAT system to advocate for additional green space, setbacks, and community amenities,” she explained.

The revised site plan approval for the Pharrell Williams project, which was submitted on May 13, comes as a result of 173 comments that were provided by various city departments on a previous site plan approval submitted in October of 2019. Modifications include changes to exterior landscaping and the addition of a dog relief area.

Robinson said the Yonge-Eglinton area is already the densest urban growth centre in the entire Greater Golden Horseshoe and one of the densest communities in Canada. She said the area already exceeds the Growth Plan 2017 targets by more than 50 per cent, adding that development applications that are already approved but not yet constructed will more than double the current population.

“Yonge-Eglinton is at a breaking point. There is constant construction, schools are over-capacity, roads and sidewalks are crowded, and city staff have identified a parks deficit in the north-east quadrant,” said Robinson. “Once construction begins, this development will exacerbate these existing issues.”