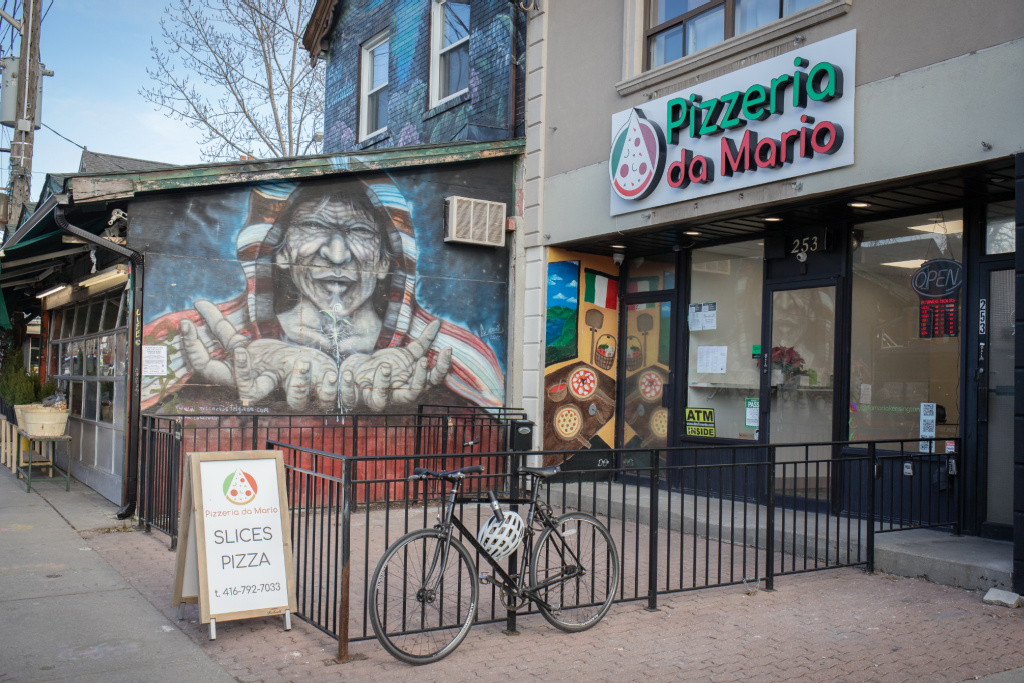 Kensington Market has a new source for authentic Italian pizza with the recent opening of Pizzeria Da Mario. Co-owner Matt Long, who’s originally from Italy’s Friuli region, runs the pizzeria along with his brother and parents. Although this is their first restaurant in Canada, Long says the family previously owned a pair of restaurants and two pizza shops back in Italy.

Pizzeria Da Mario specializes in Northern Italian-style pizza, which is cooked in a Moretti pizza oven imported from Italy. Unlike the Neapolitan-influenced pizzas popular in Toronto, which are typically served individually as whole pies, Pizzeria Da Mario’s pizza is better compared to classic takeout pizza  — but with more sophisticated toppings. Pies come in 12-inch or 16-inch sizes and are designed to be enjoyed by the slice. Rather than traditional pepperoni, for example, the restaurant’s Salamino pie is topped with higher-quality sweet salami.

The restaurant’s signature pie is its namesake, the Da Mario, which is topped with multi-coloured cherry tomatoes, tomato sauce, sweet salami, pancetta, and a trio of mozzarella, ricotta, and grana padano cheeses. They also offer custom-topped pizzas and calzones.

When dine-in reopens, Pizzeria Da Mario will offer seating in its bright, modern interior. Long says the restaurant has barstool seating along the front counter for diners grabbing a slice, as well as a small dining area that will be able to accommodate five tables. He adds that the restaurant is waiting on its liquor licence, and hopes to begin offering beer and wine by the summer.

Pizzeria Da Mario is currently open for pick-up, as well as delivery via Uber Eats and SkipTheDishes.