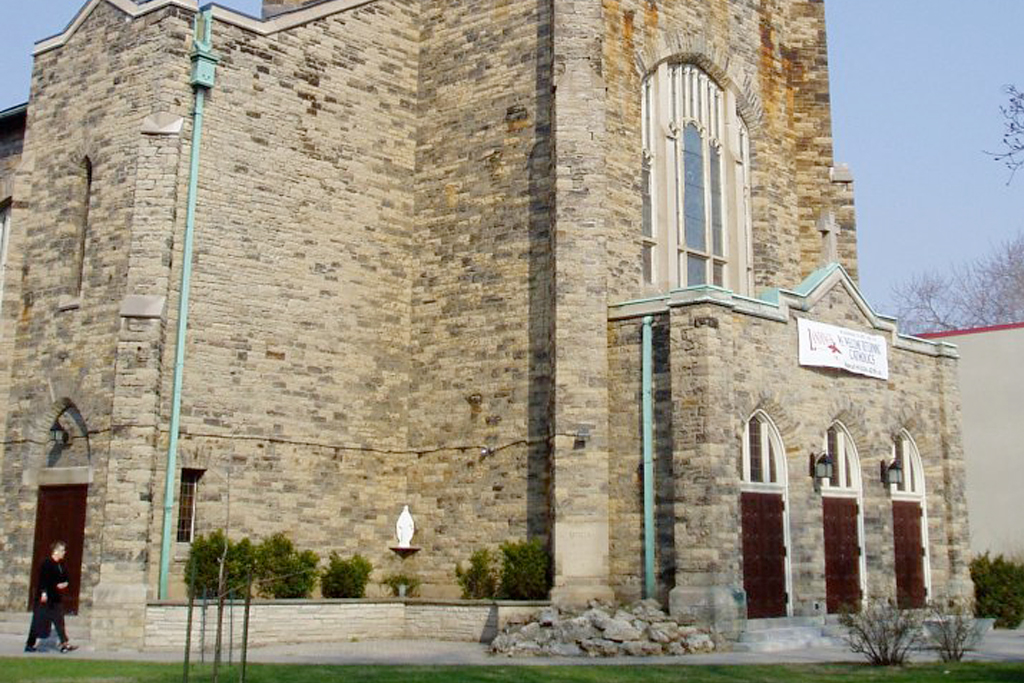 While the city of Toronto has not been included in the reopening of the province to stage two amid COVID-19, places of worship in the area have still been permitted to open with 30 per cent capacity. In the wake of this news, churches, mosques and synagogues across the city are deciding whether to open and, if so, how to do so while still following social distancing guidelines.

For St. Peter’s Church in Toronto, the decision was based on the directive put out by the Archdiocese of Toronto. Reverend Michael McGourty says they’ve been asked to clean up their churches and make sure pews are properly labelled to follow social distancing guidelines. They opened their doors for prayer only on Sunday, June 14.

“We haven’t yet had time to train the Eucharistic ministers and other ministers how to do all of the necessary things for proper personal protection equipment,” McGourty said prior to the reopening.

In order to maintain social distancing, they set up markings six feet apart on the floor, and each church member will be able to take off their mask, step forward to receive the host, and then return back to their spot.

“We’ll have people at the door with hand sanitizer, and we encourage people to wear their own personal protection equipment,” he said in regards to mask-wearing. Due to the 30 per cent capacity limitation, they will only be opening up every third pew, and will have ushers seating families or individual members six feet apart.

Gradual Re-Opening of Churches in the Archdiocese of Toronto-https://t.co/VKT6a2s1re
Churches across the Archdiocese will begin gradually re-opening this Sunday, June 14th, the Solemnity of the Most Holy Body and Blood of Christ.

Rabbi Levi Gansburg at Chabad on Bayview said they’ll be putting similar regulations in place at their synagogue. They’ll be marking pews that are six feet apart, along with individual seats, and will have hand sanitizer stations throughout the building.

“We asked members to not roam the building, go directly to the sanctuary and remain in their place, and not to socialize with people, as they’re there to pray,” he said. They’ve chosen not to enforce masks due to the fact that two and a half hours may be too long for some members to be breathing into a mask.

Gansburg said he doesn’t know what to expect in terms of attendance.

“I’ve had some calls from children of elderly people that asked me to call their parents and ask them not to come,” he said. They’ve been advising everyone to consult with their family physicians before deciding to come to the synagogue. “We made the statement clear to our membership that though we are opening, don’t take that as a statement that everyone should be there.”

At Jami Mosque in Toronto, they’ve decided to put age limits in place for those attending. Anybody under 15 and over 65 is currently not allowed in the mosque, and they’ll be doing regular temperature checks at the entrance.

However, some places have decided not to open at all just yet despite receiving the go-ahead from Premier Doug Ford. Rabbi Michael Dolgin at the Temple Sinai Congregation of Toronto shared a statement with their congregation about why they would not be reopening, citing health concerns.

“I find it completely irresponsible for the province on the one hand to announce we’re not ready for Stage 2, and then to announce that religious communities can pretend to be in Stage 2,” he said. “I think it puts some imagined importance on in-person services.”

They’ve been holding virtual services since the day of the shutdown and he said they will continue to do so for now.

“They’re cautiously optimistic to have a vaccine by the beginning of 2021, and since older people very commonly represent a high demographic of attendance at religious services, I don’t know how you can actually go back to any kind of normal functioning,” Dolgin said. “Until people are safe, you know, until there’s a vaccine, I don’t think people will come.”