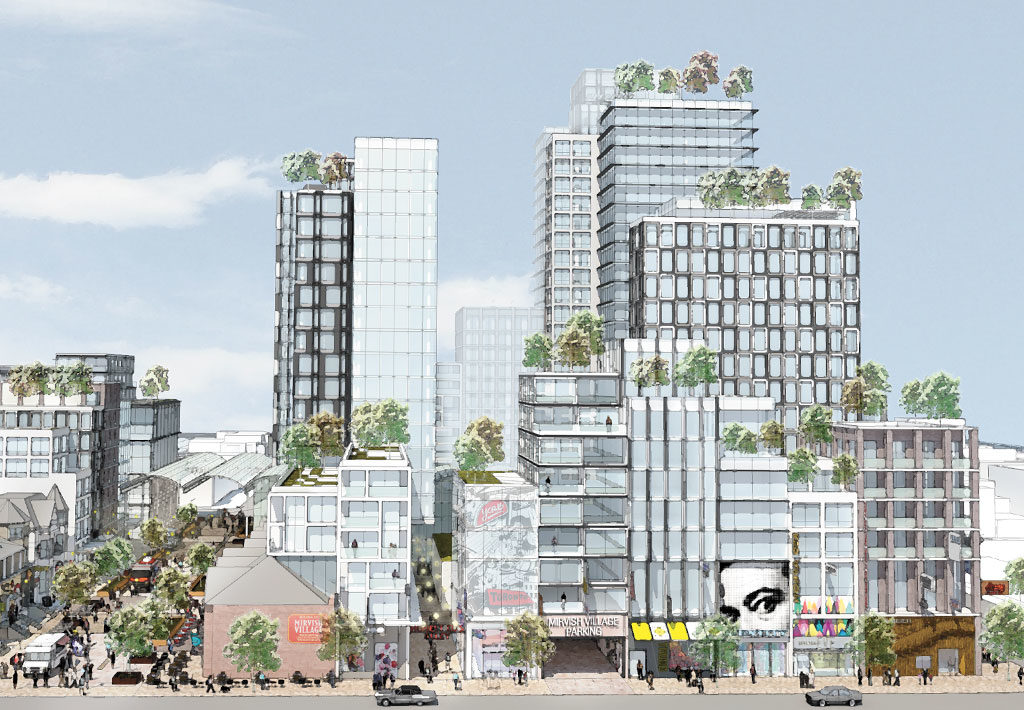 When David Mirvish sold the family property at the corner of Bloor and Bathurst in the Annex neighbourhood that had been home to Honest Ed’s for more than 70 years, some feared the worst.

In early March, more than 500 people showed up at the Park Hyatt Hotel on Avenue Road to find out about the new development plan. What they might not have expected was an innovative and inclusive design that has garnered near-unanimous support from across the city.

Westbank Properties, alongside Vancouver architect Gregory Henriquez, announced the development would contain 1,000 rental suites and several storefronts and restaurants interspersed throughout 55 buildings, 2.5 to 29 storeys in height and no condominiums for sale. More than 50 per cent of the rental units will be two-bedroom or larger

The project will incorporate a covered public marketplace, an alleyway dedicated to small startup shops with a plethora of food trucks on standby; and bike-friendly facilities as well as electric car–charging stations and green roofs designed by Toronto landscape architect Janet Rosenberg.

“We wanted to honour the memory but, at the same time, create a vision that moves forward and captures the same vitality and visionary agenda that Honest Ed’s did back in the ’50s and ’60s when it was in its heyday,” said Henriquez.

According to Henriquez, these towers limit shadowing impacts onto streets, improve access to views and diminish the overall scale of the development.

“And they’re more attractive,” he added.

Heritage preservation is also a big concern with approximately 14 addresses on Markham Street set to be preserved — including the Victorian row houses on the west side.

David Harrison of the Annex Residents’ Association is delighted to see that the developer has listened to so many concerns raised by the community.

“There are lots of ticks in lots of boxes,” said Harrison. Although he admits that many community consultations still lie ahead.