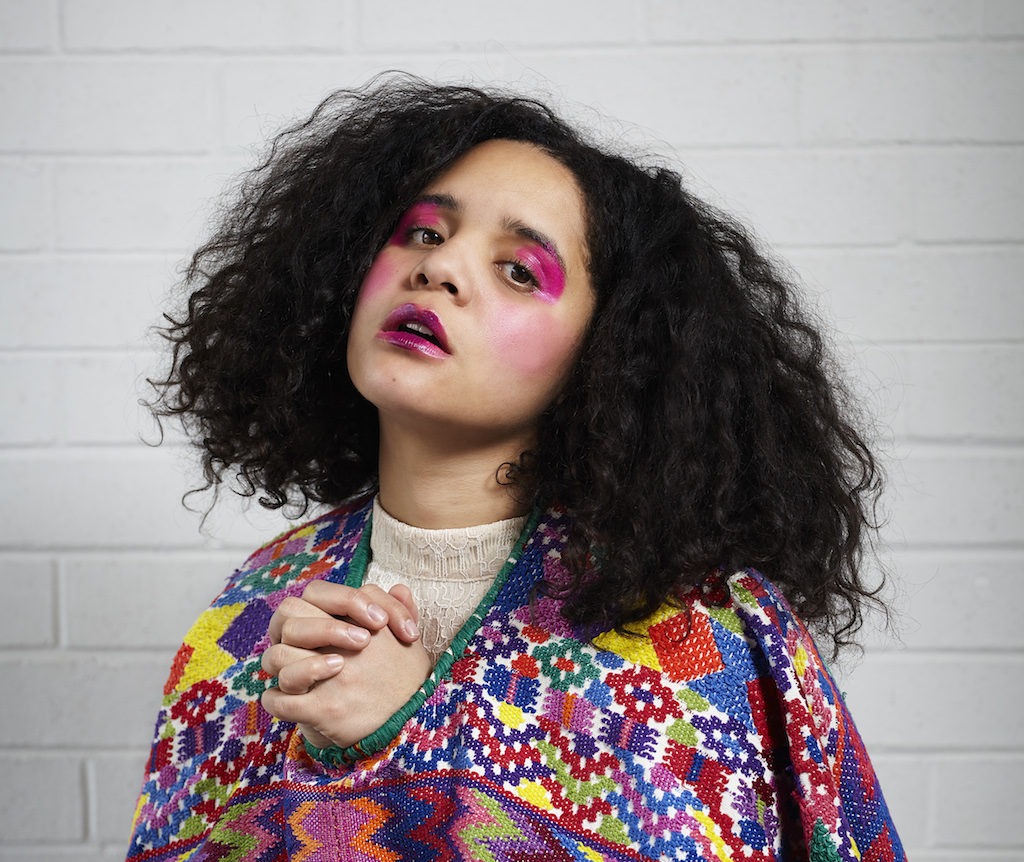 Winning a somewhat prestigious Canadian music prize means that Lido Pimienta may have found a much wider audience for her art, but she seems more than comfortable where the action is in the middle of the city’s artistic underground. And she’s back in action this week as one of the performers at CAMINOS 2017 — a festival of new work by Pan-American, Indigenous and Latinx artists.

The festival runs from Oct. 4 – 8 at the Aki Studio and Artscape Daniels Spectrum, and features works-in-progress in a wide range of disciplines including theatre, dance, performance art, music, visual arts, installation and film. Some of the artists include comedic performer Martha Chaves, special international guest performer Gabriela Guerra Woo, and poet charles c. smith among others.

Since her win, Pimienta is drawing increased attention, which can only help the festival.

“The Polaris (Music Prize) just kind of put a lens on me, but I consider myself part of the underground, part of the most exciting scene, as far as I’m concerned we are the ones that should be on the TV all the time,” says Lido Pimienta, just days after winning the award for her album La Papessa. “You know, so much out there needs to get picked up and let go, goodbye, we’ve seen you for the last 20 years. Why are you doing the same thing?”

For CAMINOS, Pimienta, a Toronto artist by way of London, Ontario and originally hailing from Colombia, will bring a graphic novel to life on stage in the production We’re In A Non-Relationship Relationship. Pimienta's artwork from the book, such as the image below, will decorate the stage during the performance.

She describes the work as a “monologue about the terrible, depressing reality of what it is to date in 2017.”

“The character encompasses me and my friends and our horrible dating experiences,” she says. “All of the women I know, including myself, exist in a world of self-doubt, self-deprecation and self-sabotage.”

The first reading for the production, based on a book Pimienta had written and adapted for theatre, took place last year. Although she will be performing the work at the festival, her hope is that the piece will find a new life with new lead characters down the road.

“I want to audition many different women to play this character because the character is a lot of us,” she explains. “It’s a very exciting project that I’m happy to continue to grow and expand.”

Right now, the focus is on Pimienta’s music, a good dose of attention she’s worked hard for the past decade since arriving in London from Colombia, and before moving to Toronto.

She describes her time in small-town Ontario as hard and filled with racism. She went to an arts high school in a downtown core that is struggling with an unprecedented wave of drug addiction.

“London was too small for me and too racist for me,” she says.

When she moved to Toronto, she used her music and her art as a way to create a community around her and her young son and met many artists and activists along the way that are part of her growing network today.

“What I started making records, it was about making friends,” she says. “I’d just moved to Toronto and had no family, I was by myself with my son living in a three-bedroom apartment with two other roommates and sharing a bedroom with my son. I was not in career mode or touring mode, I was building a community so my son would have beautiful people around him and make a new life in the city.”
In 2010, Pimienta released her debut album Color, and in 2016, the critically acclaimed La Papessa. Although she’s had some dealings with record labels, and the industry, it didn't go well, and she prefers to do things on her own.

“My first experience was not the best, so when I moved to Toronto I decided the music I made I was going to do for me, made by me, just for me,” Pimienta says. “And I’m so glad I did.”