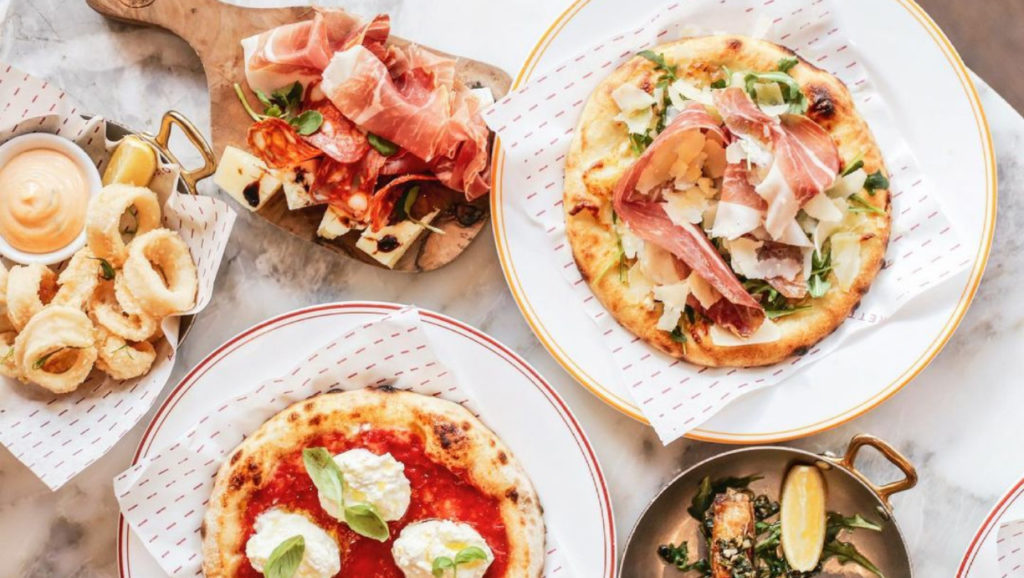 After a successful four-year run on King St. West, Oretta is all set to open a second location in the bustling neighbourhood of Yonge and Eglinton.

Opening mid-November or early December of autumn 2021, Oretta Midtown will be located in the lower level of the Art Shoppe Lofts and Condos. The new spot will feature a patio on the south side, complete with heaters for comfortable outdoor dining when autumn evenings turn chilly.

“Opening Oretta at the Art Shoppe was a leap of faith that I truly believed in,” says owner Salvatore Dele (who also owns Capocaccia Trattoria in Summerhill). “The last 19 months have been challenging for everyone in the hospitality space, but Oretta has managed to forge ahead. I am excited about our brand and our new location.”

The increase in condo development has brought an influx of young people and families to the area, which Brand Manager for Oretta, Ana Altamira, says is one of the reasons the team decided on this new spot.

“Yonge and Eglinton has turned into more of a family area, and a lot of young people have moved here, and we thought it was the perfect spot for a second location,” she says.

Once again, the team at Oretta has enlisted the help of Commute Design (who designed the first location), the same team behind restaurants like Byblos, Patria, Tabüle and Little Sister. Guests can expect to find soaring archways and an abundance of vivid colours throughout the restaurant, starting with the tiled floors which will showcase warm salmon pinks and vibrant mustard yellows, all the way to the private wine cellar, which will house a large selection of bottles imported from Italy.

Heading up Oretta Midtown’s kitchen are executive chef Gabriele di Marco and chef de cuisine Darren Couto. While the new menu won’t be an exact replica of Oretta King West, much of the signature pizzas and pastas will remain. “We are working on a few surprises at the moment, and testing dishes at our King Street location,” Altamira says. “Guests can look forward to grigliata mista, which is a mixed grilled board to share.”

A selection of signature cocktails will also be available, as will be a selection of beer on tap and by the bottle.

Oretta Midtown will feature an open-concept kitchen, so that guests are front and centre for a memorable dining experience, and watch Oretta’s pizza chefs toss pizza dough by hand. Servizio al Tavolo will also be available, where pasta for two is served tableside and a server brings the parmesan wheel right to the table and mixes the dish.

Another addition to the midtown location that Oretta King currently doesn’t have?

A projector for showing all of the major sports games throughout the year.

“We’re Italian, and during the Euro Cup, we had a lot of people calling the King St. location and asking if we had a giant t.v. to watch the game,” Altamira said. “Now, we have one, and while it won’t be on every day, it will be there for when all of the sports fans need a place to go.”