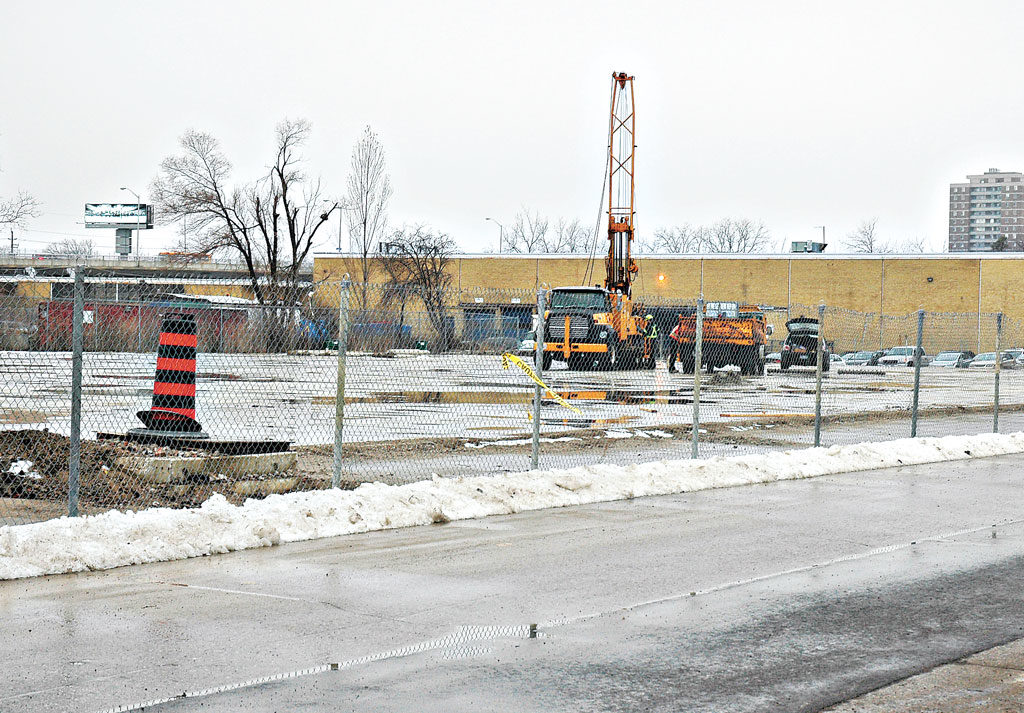 For months, a development site at the corner of Lesmill Road and York Mills Road has sat untouched. In 2014, a building was razed and the site is currently being cleared of debris and prepared for construction of some sort. The big question is what sort.

If SmartCentres leasing material is any indication, a 90,000-square-foot Walmart will soon be proposed for the intersection — even beyond that, occupying much of the stretch between Lesmill Road and the rail line to the west.

Although the final concrete details won’t be made available until spring, SmartCentres, the group behind the idea, has a few key features already specified in published documentation. In one case, unique “upper level retail and service opportunities” are pointed out for the site, and other commercial functions, including that sprawling Walmart, remain key parts of the proposal.

If the development goes through as proposed, it would bring a massive influx of interest to the York Mills area, much of it in the form of traffic.

“I think the traffic will be a huge concern.”

To some area business proprietors, that’s a problem. “The density and the traffic, I think, are prime concerns,” said Ingrid Laderach Steven, owner of the nearby Swiss Master Chocolatier at Bayview Avenue and York Mills. “We already have huge traffic problems, and I think if you’re going to be putting in a development like that, it’s going to cause even more problems.” Further, this is doubly a problem in an area already saturated with development, she says.

Closer to the proposed site, businesses at the York Mills Gardens plaza, located at 808 York Mills Rd., might feel the effects even more. “This will definitely bring a huge traffic problem,” says Vince Piligra, store manager of the Longo’s directly adjacent to the development. “It’s already pretty congested as it is right now in this area. I think the traffic will be a huge concern.”

Final details on the proposed development are expected to be released this spring. SmartCentres declined to comment for this story.