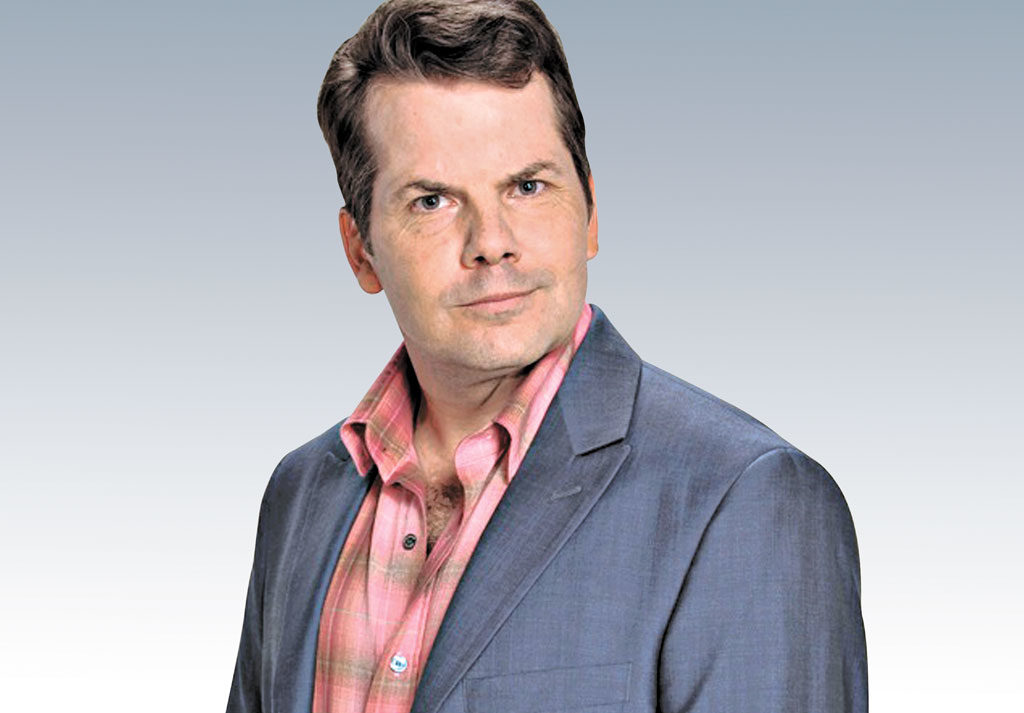 Bruce McCulloch is a beloved honorary Torontonian thanks to his membership in legendary sketch comedy troupe Kids in the Hall. Originally from Edmonton, Alberta, McCulloch had some anger issues as an adolescent, which comedy eventually tempered. But, the memories and likely a few scars are still there, and McCulloch put them to good use with his one-man show Young Drunk Punk. It proved so successful that it has evolved into a new sitcom premiering this month on Citytv. Young Drunk Punk stars Tim Carlson and Atticus Mitchell, who “have recently graduated from high school and don’t quite feel that they belong.” The two rebellious teens engage in a quest of self-discovery. McCulloch is credited as the series creator, writer and executive producer. Young Drunk Punk premieres on Jan. 21.

You’ve been gone from Toronto for over a decade. What have you missed?
I was there for a month, last summer, doing an exploratory trip. I had a house that didn’t have any TV, and I just listened to CBC radio and realized we [Canadians] are different.… Toronto is really the city I fell in love with as a young punk, even before I did comedy.

So were you a happy young drunk or an angry young drunk?
I was an angry drunk child. I was a punk for a while before I found comedy, [and the show] sort of touches on that. Like a lot of people, I found comedy, and I kind of lost the anger and had some fun. We had a skit in Kids in the Hall called “Too Many Drunk Dads” because most of us had dads who liked the bottle.

What are you hoping people take away from this project?
My work and all these things I’m working on right now — and probably everything I’ve ever done in terms of the Kids in the Hall or anything — is all about weird outsiders. Being a lost 18-year-old in 1980 or being a lost 18-year-old now is exactly the same thing. I still think the ungainly search for ourselves never changes.

How does that come out in your art?
I’ll relate that to the other characters in my show or in my book or whatever. Everyone I’m ever been interested in as a character is searching. They’re not a successful lawyer who takes no prisoners; they’re a person trying to figure it out.

Do you prefer it just being you out there trying to win over the audience?
No, but I mean there is a certain connection you have only in that arena, in that form, communicating with an audience. It is one of my first loves. I had a show running at the Tarragon all the time while Kids in the Hall was running and a little after, and I really like that: to communicate with an audience in a different way.

So what does it all mean, in the end?
Your life’s work is to understand yourself. Isn’t that what we all do all the time?