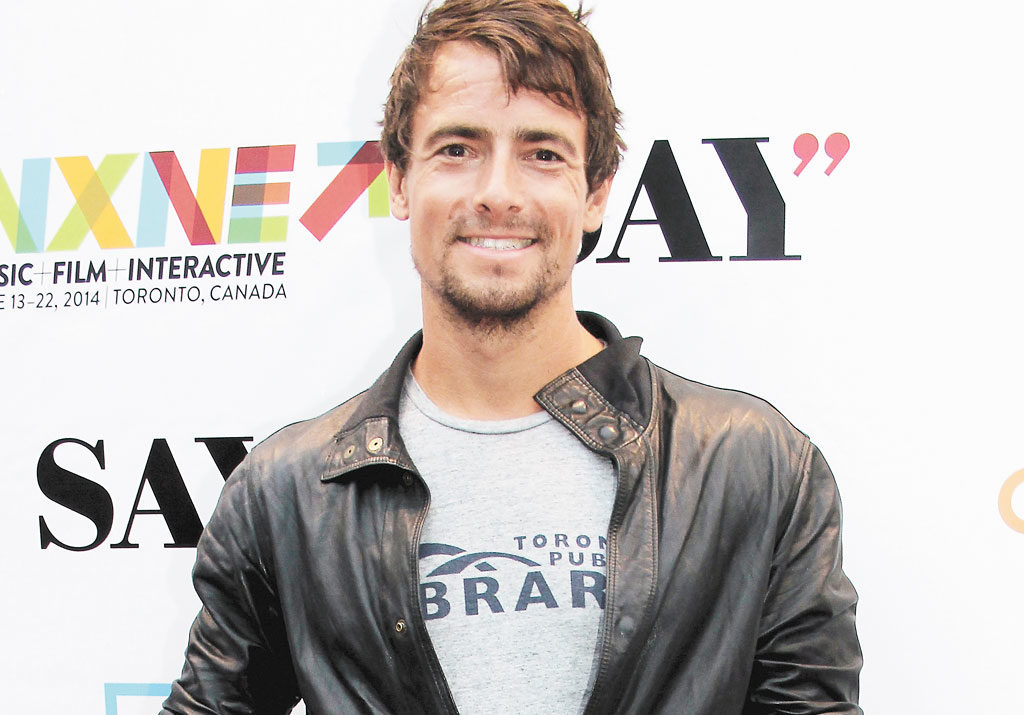 Adam van Koeverden has paddled his kayak at international competitions around the world. He’s been to three Olympic Games, and he sits on the board of the Canadian Olympic Committee and will compete at this summer’s Pan Am Games in Toronto (www.toronto2015.org). Like us, he’s a little surprised by the lack of excitement surrounding this primo international multi-sports competition. So we talked to him about it.

I’m concerned about the Pan Am Games not getting the buzz it deserves. What are your thoughts?
Yes, I’ve been to many multi-sports games over the years, and it has the potential to do a lot for our city. And not just in the two weeks, but also and especially with the infrastructure it brings and what it leaves behind in excitement. In my very biased view, sports only does good for a community and for society. There has obviously been some concerns about the Pan Ams, and scrutiny is important, but it really is a great opportunity to celebrate sports at the highest level. It’ll be something really fun this summer.

People say it’s not the Olympic Games, but how does it rank for you in importance?
That statement really strikes a chord with me. I hear it all the time. Of course it’s not the Olympics, neither are the Commonwealth Games. Toronto tried to get the Olympics a couple times, and we didn’t seem ready, or there was a better option. But it’s the same athletes. I’ve been to three Olympics, and I’m really excited about the Pan Ams. Canada in particular is sending its very best in most or all summer Olympic sports. The Jamaican track and field team will be here. The United States won over 100 medals in the last Olympics, and they’ll be here. We won, like, 18. Cuba often finishes second at Pan Am. We’ve got a real competition on our hands.

What should our expectations be?
At the Pan Ams, we’re shooting for top two, behind the United States, in medal count, which makes sense. Canada is smaller in population than California. But it’ll be tough. Brazil will bring its A game with them hosting the Olympics next year. It’s almost, like, that attitude: if it’s not the Olympics they don’t really care. I mean, if they want to go to Rio next summer and watch me race, if I qualify, that’s awesome. It’ll likely cost you $10,000 all in for two people. Or you can drive to Welland and watch me race most of the same guys for $35 plus gas and a stop at Timmies.

What are you most looking forward to checking out after your competition is over?
I really want to watch some basketball. Hopefully Steve Nash will bring the top talent together. I’m a big basketball fan, and if you think of the NBA talent from Canada now with Wiggins, Tyler Ennis, Olynyk, Robert Sacre, the list goes on — Tristan Thompson. We have a lot of good basketball players in the NBA, and with Steve Nash at the helm, we should do really well.

You spend a lot of time out on Lake Ontario. What do you say to people still scared to get in there?
It’s crazy. It’s a normal lake. I wouldn’t suggest filling up a water bottle, but I swim in it all the time. The dog swims in it, and he’s healthy more or less. I’ve paddled in it all summer since I was 15, and there is no reason to be afraid of it at all, except from a personal safety aspect, I guess. And there’s a million ways to take advantage in terms of recreation, SUP, canoeing, rowing, dragon boating. I love seeing people out there. I have a kind of recognizable boat, and when I go zooming by, I get a round of applause from a dragon boat. It’s a great place, Toronto. We’re very fortunate to live in this city with great access to water.

What’s your favourite thing to do in the city when you’re not paddling?
Well, paddling season tends to coincide with patio season, so the best thing to do is hit a patio. I live downtown, and there are some great patios and parks to sit in and enjoy a beverage.­­