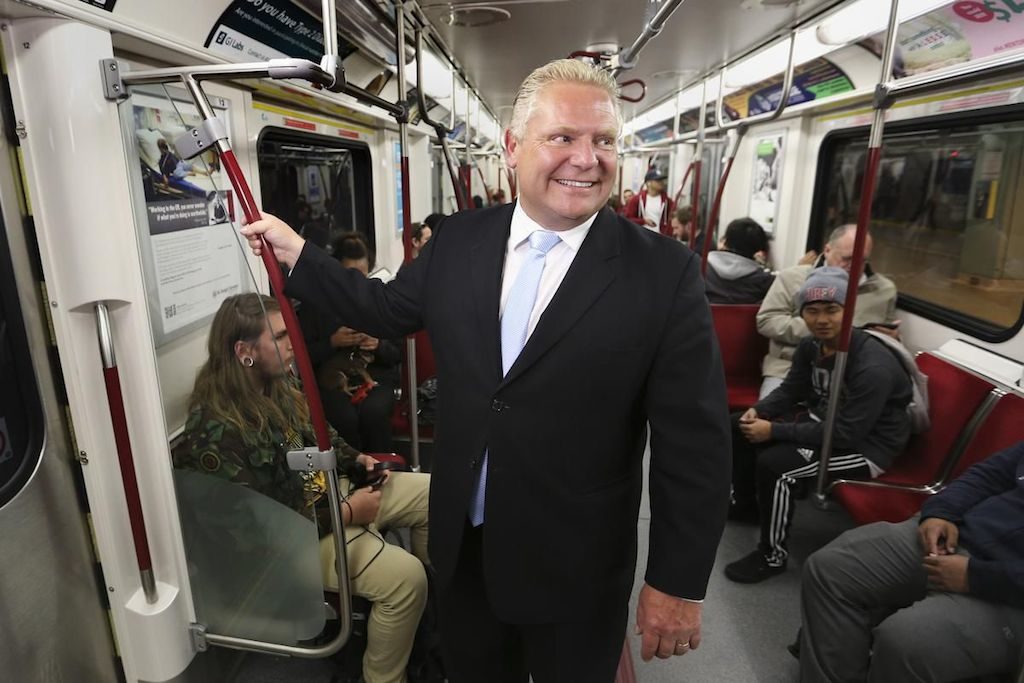 Premier Doug Ford has done what no other Ontario politician has been able to achieve. He has made subway expansion a non-partisan issue. And in so doing, secured funding and support for subway expansion in Toronto.

In the last federal election, all parties agreed to financially support subway expansion in the Greater Toronto Area. The City of Toronto has also agreed to support the province’s subway plans.

It is really quite remarkable.

In an attempt to advance transit expansion, the previous provincial government established Metrolinx as an agency to oversee the expansion of transit across the GTA.

The vision was that the agency would do for transit what Waterfront Toronto has done for planning along the city’s waterfront. All governments would work together to built transit across the Golden Horseshoe.

Unfortunately, Waterfront Toronto had what Metrolinx did not. It had assets that could be sold in order to ensure the corporation was financially viable. In addition, it was somewhat independent of political interference.

Like every political void, it was filled. In this case, it was filled by the “subway, subway, subway” mantra of the Rob Ford administration at council. It was a hit because they could move a lot of people and didn’t remove existing automobile lanes.

The left on council denounced the mantra and insisted light rail was the only answer. Scarborough became the poster child for transit inequity.

After endless years of bickering, only two transit projects in Toronto were approved and funded. The Crosstown LRT and the $3.5 billion one-stop subway extension to the Bloor-Danforth subway.

It was the worst of all possible outcomes. Then Doug Ford was elected and promised, once again, to build subways.

In order to make sure everyone knew he was serious about fixing the transit imbroglio, he cut the number of Toronto city councillors in half. Then he announced an ambitious transit expansion plan, including making the Toronto Transit Commission a provincial asset. Although uploading the TTC is possible, it is also extremely complicated.

Last month, the province agreed to let the city keep it in exchange for supporting the provincial plan.

During the federal election, Ford secured the commitment of every major national party to fund his transit plan.

Although councillors Gord Perks and Josh Matlow are likely suffering from heart failure, this is probably the greatest moment for transit expansion in city history. At long last, there is one funded plan, and each partner understands their responsibilities to that plan.

No one could have predicted this moment would arrive under Premier Doug Ford.

The good news for those who like to bicker about transit is there is still lots to fight about, including who will pay for needed maintenance of the existing system and the LRT along the waterfront.

The great news for the rest of us who have long been exhausted by the politics of transit is we can take comfort that governments at all levels can actually work together for the collective good.