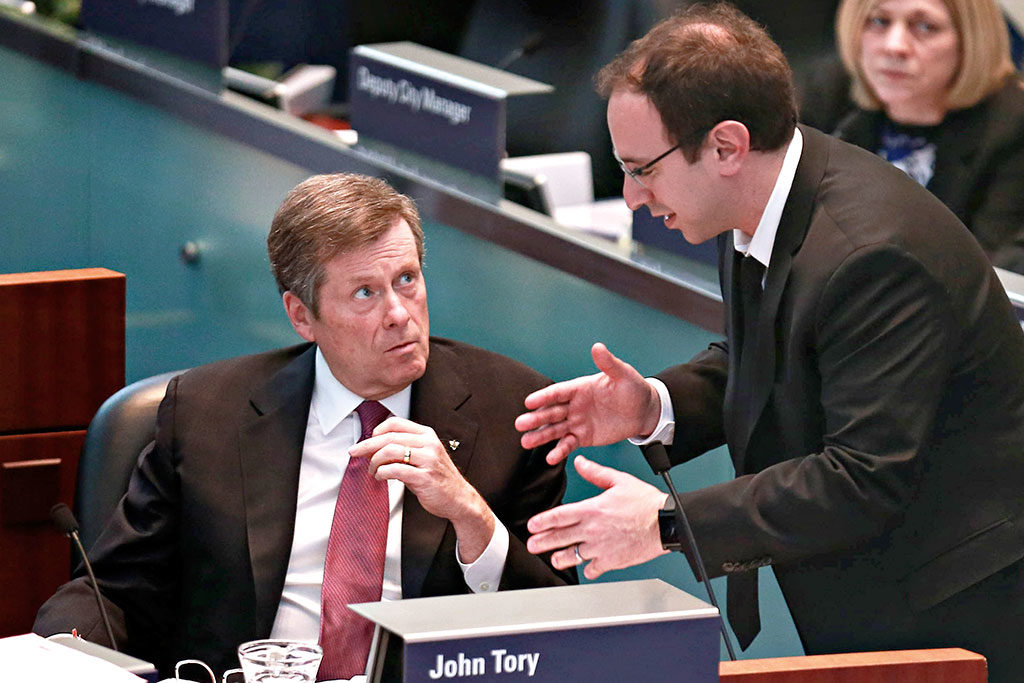 There’s nothing more satisfying than to see a bully shoot himself in the foot. That’s the story of the 2018 Toronto city election.

Premier Doug Ford intervened in the city election as nominations were closing to arbitrarily slice the number of wards from 47 to 25, with the intention of getting rid of pesky downtown left-wing councillors.

But that’s not exactly the way things turned out. As I count the results, 13 candidates who are either progressive or leaning progressive have been elected, and only 12 are likely to support Doug Ford’s agenda.

That puts Mayor John Tory in the position of having to pay close attention to, perhaps even court, the progressive side of council.

It might be a case, as Yogi Berra said, of déjà vu all over again.

In 1834, the Family Compact was infuriated that the reformers were such a strong voice in the politics of Upper Canada and in the town of York. As the Family Compact brought in legislation to create the City of Toronto, it also restructured council to ensure the reformers would be stymied. The election was held, and the reformers swept into power, electing the lead reformer, William Lyon Mackenzie, as mayor. Just as in 2018, those in power at Queen’s Park found their best-laid plans had gone awry.

There was a sequel to that 1834 election. The Family Compact governed the province so badly and so incensed reformers that a rebellion exploded in 1837. An overweening use of power can sometimes backfire and bring about the very thing that was trying to be prevented.

Since Premier Ford’s style of governing is to act like a tyrant, it is unclear exactly what his response to this turn of events will be. Most likely he will barrel ahead with plans to dismember the TTC by seizing control of the subway system. He will probably try to proceed with plans to put a casino in Ontario Place. He might try to restrict funds needed by the city for more public transit, for daycare, for social services. He might even try restoring the old OMB to give developers a freer hand.

But the challenge will come from a strong council that is unlikely to bend to his wishes. We may not be able to move the city much ahead during the term of Ford, but we should be able to hold our own.

One cannot be entirely happy with the look of this city council. Only eight of the 26 members on council are women. Only four are people of colour. Only three are first-term members. Some of the rest have been here for eons. All of this means the council is not representative of the people who live here. Council will have to be very creative and establish committees of various kinds with serious powers to ensure that more women, more people of colour and more young people are involved in decision making. It is only by involving a more diverse range of people that council can become truly innovative.

John Tory captured two thirds of the vote for mayor, a decisive win for him. In his first term, he was tentative about including progressives in decision making, but he learned that working with people such as Joe Cressy was useful in addressing difficult and complicated city issues like safe drug injection sites, which the province has now agreed should continue. That experience should embolden him to be much more forthcoming in engaging people such as Gord Perks and Josh Matlow in this term.

Without their support he will be unable to get the votes needed to gain council approval for initiatives.

I suspect Tory has learned it is worth giving progressives real power, particularly since they are generally smart and innovative compared to some of the old guard he relied on in the past.

This election has opened possibilities for the city to define where it should be going and how it can get there.