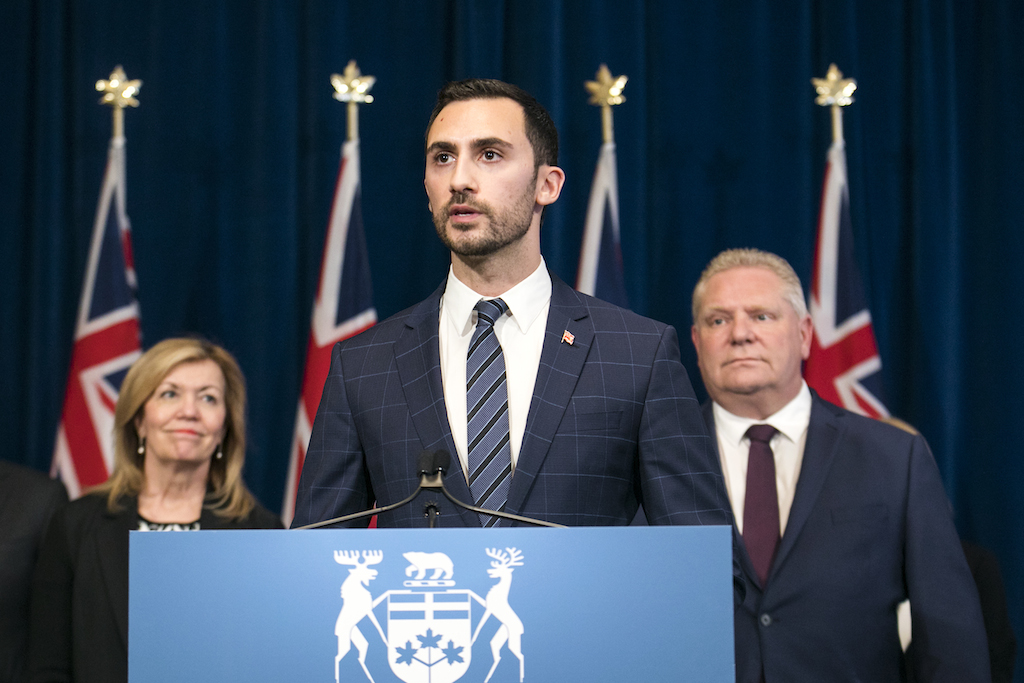 Out of the new cases reported Thursday, 316 were reported in Toronto, 271 in Peel and 75 in York Region.

The province also processed more than 37,700 tests in the past 24 hours, with the daily positivity rate in Ontario now sitting at 3.6% (down from 5.3% reported on Wednesday).

COVID-19 variants of concern (VOC) cases are still on the rise, with the province reporting 1,270 lab-confirmed VOCs, with over 1,200 being the B.1.1.7 variant (first detected in England).

Ontario’s three-step roadmap to safely reopen the province will see restrictions eased throughout the summer months based on the province-wide vaccination rate and improvements in key public health and health care indicators.  Step 1 is estimated to begin around June 14. This step will remain in place for at least 21 days and will permit outdoor activities with limited well-managed crowding and restricted retail.

However, reports suggest that the government is keeping an eye on COVID indicators to determine if an earlier date to re-open the economy could be considered.

NEW: Senior Ford staffer tells me government “keeping a close eye” on Covid indicators to determine if earlier date to start re-opening economy could be considered. It’s scheduled for around June 14th. Premier did say last wk earlier opening possible if #s dropped and they are

Meanwhile, parents/educators are still waiting for news from the province on whether students will return to in-class learning before the end of the school year. Reports suggest that Premier Doug Ford, in a letter addressed to 55 different groups/individuals, including medical experts and health organizations, solicited advice about reopening schools before the end of June:

My gut reaction: @fordnation doesn’t really want schools to reopen but doesn’t want to take responsibility for the decision. He worked hard to lay out all the cons in his letter, going as far as to acknowledge the spread in schools contrary to @Sflecce and Dr. Williams. pic.twitter.com/40N3Tz49Rr

The letter states that new modelling, expected to be released in coming days, will show that, if schools reopen, there could be between 2,000 and 4,000 additional COVID-19 cases by the end of July compared to if they remain closed.

The letter also expresses concerns about the COVID variants (particularly that vaccines might be less effective against the COVID variant first found in India), and the fact that only 41% of teachers/education workers received their first dose of a vaccine.

To help guide any decisions regarding schools, he asked for input/perspectives on the following questions:

The undated letter, which was reportedly sent on Thursday, May 27, asks respondents to provide their responses no later than 5 p.m. on Friday, May 28. Social media response hasn’t been that positive.

Nothing says, I care, like addressing your letter “To whom it may concern”