Prisoner of Tehran’s Marina Nemat: “We wanted to make people in the theatre really feel uncomfortable” | TRNTO.com
Skip to content 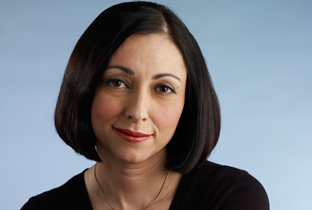 Three decades ago, a teenager in Iran led a student protest to get her math teacher to stop ranting about politics and return to calculus. A little while later, 16-year-old Marina Nemat was taken to Tehran’s notorious Evin prison, tortured and sentenced to death. She was saved from execution by an interrogator and immigrated to Toronto in 1991. In 2007, she penned a best-selling memoir, Prisoner of Tehran, which has been turned into a play that opened this week at Theatre Passe Muraille. We spoke to Nemat about her powerful work, the future of Iran and why it’s important to grumble about Canadian politics.

I just saw the stage version of your book, it is powerful stuff — it just keeps coming.
In real life it was the same; it kept on coming. Like the book, the play is memories, and they switch. From a torture scene, you are thrown into grandma’s arms and eating an ice cream or to the shores of the Caspian and your first teenage love.

How did you approach adapting the book for the stage?
What I love about the play is it doesn’t fool around. We made a point of not making it too graphic, but we wanted to make the people in the theatre really feel uncomfortable. We tried to make it as bearable as possible; we could have done it much more brutally. I am not trying to devastate anyone, all I’m trying to do is to affect them emotionally…. You have to sit there and you have to watch, and I think that is the closest you can get to the experience without actually being cruel.

What’s the most difficult part of your message for North American audiences?
The world is not black and white. People — everywhere, not just in North America — get very comfortable dividing the world into good and evil: “I’m good, the other side is evil, so let’s go kill them.”

How do you balance being a spokesperson on the wrongs perpetrated in Iran with general negativity North Americans may harbour about the country?
I’m an Iranian. I’m telling the world what I witnessed with my own eyes. The government of Iran — there is a difference between a government and a people — has been killing the Iranian people for 30 years, holding them hostage for 30 years. 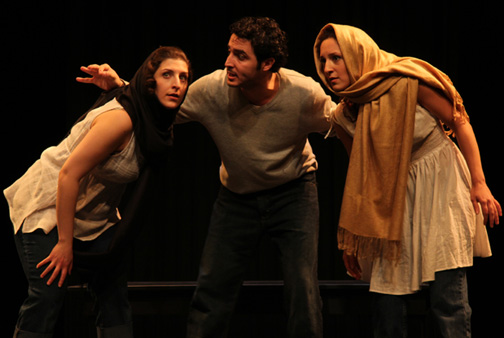 If you tried to return to Iran—
I would be arrested, tortured, executed on the spot.

But if there were regime change—
I would go tomorrow. I’d be there when the weather is bad here and be here when it is too hot there.

Do you think that day will come?
Yes, the day always comes. Dictatorships fall, they always do. The question is, What will take its place?

What has changed in Iran in the last 30 years?
Not much at all. The only difference is cosmetic changes. You can wear nail polish now and go on the street, you can dance maybe at home, classical music is allowed in universities. But the same law that governed Iran when I was there in the ’80s is operating in Iran now. The Iranian constitution has not changed.

Evan Andrew Mackay is a Toronto playwright and humourist who writes about culture and social justice.