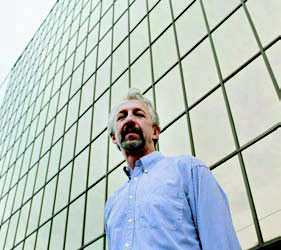 THE LATEST DEVELOPMENT proposal for the Yonge Street and Eglinton Avenue area proposes a 53-storey condominium development, located next door to the Yonge-Eglinton Centre. The application is the latest in a number of proposals for the area, many of which have been met with concern from both residents and city councillors.

Submitted by Premium Properties Limited, the rezoning application is for a mixed-use building with condominiums and ground floor retail at 36 Eglinton Ave. W. The application proposes 458 condo units in excess of 30 times the lot area density. The proposal also calls for five levels of underground parking with more than 250 spaces.

“There just aren’t any planning principles that would support putting up a 50-storey tower on this corner,” said Chris Sellors, executive assistant for Coun. Michael Walker. “It’s just preposterous.”

In 2002, an Ontario Municipal Board decision approved construction of the Minto Midtown buildings — measuring 37 and 54 storeys — at 2195 Yonge St. More recently, RioCan made an application to amend the zoning bylaw at 2300 Yonge St., to allow construction of a three-storey retail addition to extend into existing outdoor space.

The application also proposed additions to both the 22-storey and 30-storey on-site buildings. Sellors said the implications of the Minto approval for future projects was evident years ago. “This is the sort of thing that [Coun. Walker] foresaw in 2002 if Minto was approved,” he said. “It would be used as a precedent, and we’d see more 50-storey towers, maybe 60-storey towers in this vicinity.”

Michael Visser of the Oriole Park Association said that he is skeptical of the proposal given the engineering challenges posed by such a building on the small lot.

“[It] makes me wonder if this is a serious proposal or just a negotiating tactic to attempt to squeeze more height out of the city,” he said. Visser added that he would be surprised if city planners would support the proposal. “My own feeling is that, when you look at the size of that site and the proposal for the height, I think the real question is whether or not you could actually construct a building that would support that height,” he said.

The association hasn’t held a full discussion on the recent proposal, but Visser said that he thinks the main issue for area residents is ultimately about encroachment. “I think their real concern is that it be confined to that very small area immediately adjacent to the actual intersection and that we not end up with a Yonge and Sheppard thing where it slowly creeps into the surrounding residential area,” he said. Calls made to Premium Properties were not returned.