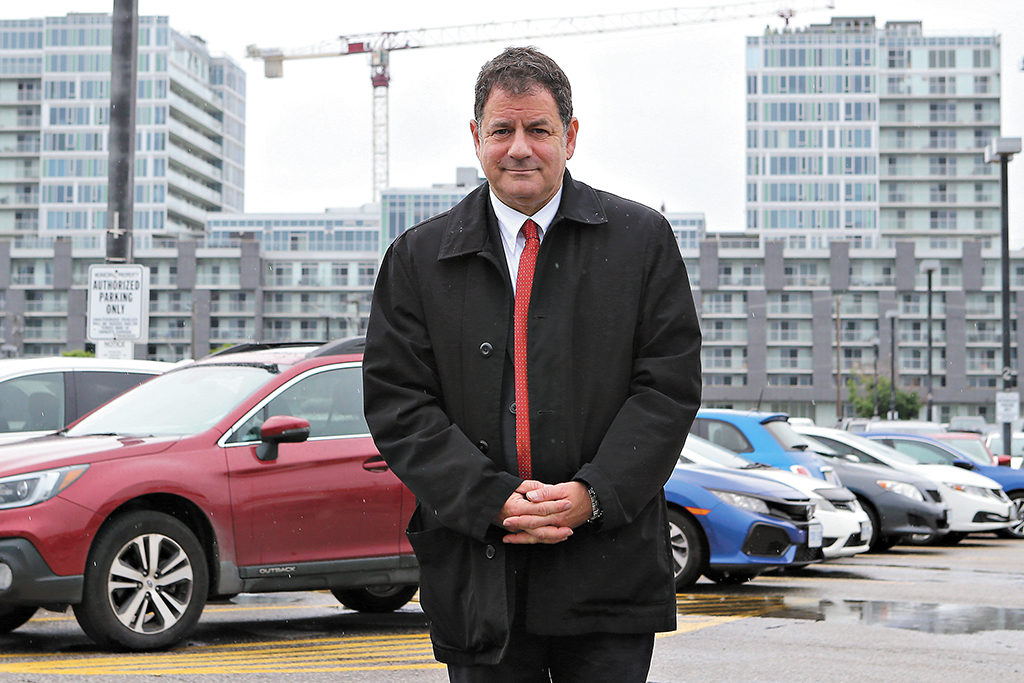 Late last month, councillor James Pasternak hosted the first public meeting for a proposed new development at 50 Wilson Heights Blvd., currently a well-used commuter parking lot at the northeast corner of Wilson Avenue and Allen Road in the Clanton Park neighbourhood. The proposal marks the first of the City of Toronto’s Housing Now developments, which were designed to focus on affordable housing.

“The concept is good: the development with below-market housing options is a good thing as there is a housing crisis in the city,” said Pasternak. “But to pick a commuter parking lot, I think, is ill-advised.”

Pasternak pointed to 55 vacant acres of city land just north of the location as an example of other areas that could be utilized before tearing up parking space for commuters looking to use public transit to get downtown.

“It would be far more prudent to build Housing Now housing on that site where you are not disrupting hundreds of commuters and creating anxiety in the community,” he said.

“That being said, we have guarantees that any development will have commuter parking.”

But, during the meeting, it became clear to those in attendance that the commuter parking inclusion was far from a done deal.

Clanton Park resident Shira Farber said that there were not many people advocating for preservation of commuter parking and those who were seemed to be from outside the area.

“The people who seem the most worked up are people who live nearby but not actually in our neighbourhood,” said Farber.

For Farber, the more pressing concern is the size of the development and its impact on local neighbourhood infrastructure, from schools to parks to community program space.

“The schools are so overutilized, the highest in the city,” she said, explaining that local elementary and high schools are at anywhere from 120 to 150 per cent capacity.

“There is so much increased density and not a lot of strategic planning in terms of infrastructure and being able to find ways to integrate a new development into the community itself.”

The project is under the watch of the city’s new CreateTO group, which manages the city’s real estate portfolio. The development is expected to be mixed use with a pedestrian and transit focus.