Purest water in the world here in Ontario | TRNTO.com
Skip to content 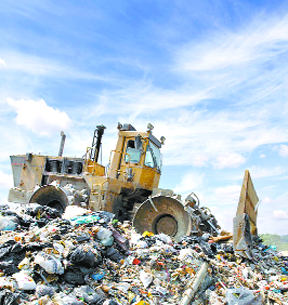 Never doubt that a small group of thoughtful, committed citizens can change the world. Indeed, it is the only thing that ever has.” — Margaret Mead, anthropologist

Margaret mead’s words came to mind when I recently heard about a victory for the citizens of Tiny Township and the area in Simcoe County, Ont. The people banded together to stop a garbage dump from being built on one of the purest sources of water on the planet — the Alliston aquifer, a subterranean lake that stretches from Georgian Bay to the Oak Ridges Moraine.

The aquifier is the source of drinking water for local residents, and it provides cold water to the Wye River and wetlands, which support wildlife species.

Citizens in the area argued for nearly 30 years that the provincial government should explore other options to manage the region’s garbage, such as composting programs, upgrades to existing landfills, and improved recycling. But local authorities and the Ontario Environment Ministry gave the go-ahead for a solid waste landfill to be built in and on top of the Alliston aquifer, on a parcel of land known as Site 41.

We have a tendency to ignore the costs of disposing of garbage. We create waste, greenhouse gas, and other forms of pollution, and then we bury them in the ground.

Site 41 became a flashpoint of conflict this summer when area residents peacefully blockaded the landfill site. As the blockade dragged on and the number of people being hauled off to jail increased, the “grassroots” battle to close Site 41 attracted the support of the “grass-tops” — powerful organizations such as the Council of Canadians and the David Suzuki Foundation. I was impressed by the skills and courage of the citizens of Tiny Township and local First Nations in trying to protect our precious drinking water.

Landfills can be the preferred solution for garbage because the costs seem low, when compared to other methods, but we fail to include the costs dumps incur when they degrade our natural services. When these services are degraded, they must be replaced with expensive substitutes, such as water-filtration plants.

The government approved a one-year moratorium on the Site 41 landfill. This shows that people who join together for a common cause can affect the choices of corporations and governments. The backhoes at Site 41 are silent — for now. Let’s hope that politicians continue to listen to the people and work to find better ways to deal with our waste.