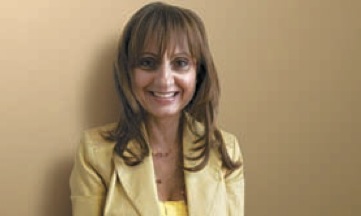 VENERABLE MIDTOWN GOURMET food shop Pusateri’s might be making a move south of the border, if reports are true.

Although John Mastroianni, general manager at Pusateri’s, wouldn’t confirm a deal has been struck, he did say negotiations are underway for a potential location in Miami, Florida.

“Our type of market, our business plan is quite unique,” says Mastroianni. “We offer some things some of the stores don’t at present.”

One would think the idea would be to follow their regular customers to their winter resting place, but Mastroianni says he gets as many requests from Florida residents spending time in Toronto, who have found out about Pusateri’s.

“The demand is not just snowbirds,” says Mastroianni, who confirms that most of the Pusateri’s team heads south during the winter, including shareholder Frank Luchetta and, of course, Ida Pusateri, herself.

“It would be a great addition to the area and could result in future growth in the U.S.,” he explains.

According to Mastroianni, if all goes well, an announcement could be made within the next two months.

A new Korean BBQ restaurant has opened in Richmond Hill. Kazan Teppanyaki Barbeque is located in the former confines of the legendary Old Galley Fish and Chips, and the new dining destination getting rave reviews combines inviting decor with friendly service and tasty food.

Bob Berman, previously the chef and co-owner of popular bistro Boba, with his wife Barbara Gordon, has quietly taken over the legendary Senator, Toronto’s oldest restaurant and formerly housing a renowned jazz club on the second floor.

The Senator is quite a different game for Berman, who has moved from serving upscale and creative cuisine, to mixing up cozy diner fare for the masses.

“It was the first restaurant I ever ate at when I came to Toronto,” he explains. But he also believes that it’s the kind of food and atmosphere that Toronto needs more of right now.

“The thing I like about it is that it’s authentic, really an original diner, unique to Toronto. Yonge- Dundas square has become so futuristic and modern, it is nice to have a link to the past.”

In terms of changes to the restaurant, Berman just wants to improve what the Senator has already got going.

“I want to make the Senator recognized as the best diner in the city, with good chicken pot pie or a great sandwich.”

He plans to team up with Cumbrae Butchers to create a special Senator burger blend, which he hopes to get ranked as one of the top in the city. In the end, Berman notes, its just about offering “a food experience that is similar to the actual space: unique, comfortable, elegant and unintimidating.”

Restaurateur Hanif Harji finds inspiration in the most unlikely places around the world for his globally inspired hot spots, including Queen West’s Nyood and Kultura on King Street East, but he didn’t have to look further than his grandma’s kitchen for his latest operation, Madras Pantry.

Trendy Queen Westers now have somewhere else to drop by for their on-the-go munchies and eclectic grocery needs.

Harji and partner Ryan Fisher are the brains behind Madras Pantry, a combination restaurant and grocery that specializes in dosas, Indian crepes made from rice flour and lentils, usually filled with potatoes or vegetables.

But Madras has their own take on the dosa. “We’ve North Americanized it by doing it in a wrap form,” says Fisher. “This way people can easily walk out with it in their hand.”

The shop also features an exciting Indian circus theme, conceived and executed by Commute Homes (who also designed Nyood and Kultura among others) complete with massive posters and even a mini Ferris wheel.

Named after a great aunt that really knew how to throw a dinner party, Lola’s Commissary has opened on Church Street, just south of Bloor.

“The restaurant has been a true labour of love,” says Therese De Grace, who owns the restaurant with partner Karen Balcom — former owner of iconic bar Pope Joan.

Lola’s will feature whimsical food options such as blueberry cheesecake stuffed French toast for brunch and homespun fettuccine with hemp pesto for dinner.

The neighbourhood favourite Abbot on the Hill, located on Yonge south of St Clair, has changed their name to the Monk’s Table.

While the loss of a partner is partially behind the change, the major reason is confusion with another Abbot on the Hill, separately owned and located at Yonge and Lawrence.

“We let our patrons choose our new name, asking that it be ecclesiastical (because of our selection of monastic ales) and have something to do with our fare,” says current owner Adam Grant. Along with their new name, the Monk’s Table is now going under the title of “gourmand house” rather than “gastropub,” as it was previously known.

Excitement is building for the third annual Picnic at the Brick Works event slated for early next month, Oct. 4. For this year’s event, each food station will combine a chef with a global food background, a chef specializing in local food traditions and a local farmer. Tickets are $110 per person. Go to www.evergreen.ca for further information.