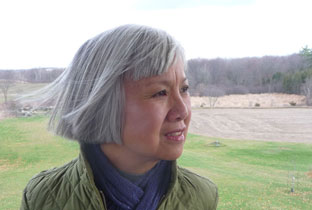 The Toronto Public Library’s month-long festival of reading, Keep Toronto Reading, kicks off today with the One Book program, a city-wide book club in which everyone is encouraged to read and discuss one book. This year honours Judy Fong Bates‘ novel Midnight at the Dragon Café. She’ll be at the Toronto Reference Library tonight for the One Book launch, but we had our own discussion with Judy Fong Bates by telephone.

For people who don’t take the time to read, what are they missing?
When I think of reading, I think of stories. Stories tell us who we are. Stories expand our horizons. They take us into places we might not ever think of going. I mean, on that more profound level they make us look at things from new angles and they add depth to our lives, but in another way it’s also fun! 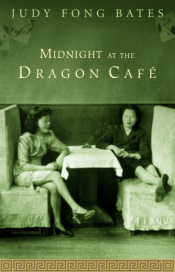 Some say there is a bit of the author in every character. How much biography is there in fiction?
I suppose that for any writer of fiction, every character is based in some way on the writer. I mean, I can only speculate based on my own experience how someone else feels. Because fiction is about feelings. Even though I might be writing about someone else’s [feeling of] betrayal or grief it is still based on my sense of grief or my sense of betrayal or joy or loss or whatever. But I think what you try to do as a writer is you hope to create that world where the reader will bring his or her experience, and then it becomes even richer.

By contrast, in your family memoir, The Year of Finding Memory, you say that it is “your version” of your family’s story. Is there some degree of fictionalization in any biography or memoir?
I don’t know if it’s fictionalization so much as it is re-creation, because certainly when I think of my own memoir, some of those scenes that I try to bring to life, I can’t remember them in that great detail, but I try to re-create it so that it will come to life for the reader. What you want to get at is that emotional essence. Whereas, in my novel, that is fiction.

But as you say, it is based on your experience of life.
Yes, I think that in many ways the emotional heart of the narrator belongs to me.

The main character in your novel, Su-Jen, struggles between wanting to fit in with her family and wanting to fit in with her small-town community in the 60s. Could you say something about the relationship between identity and racism?
There is something really ugly about discrimination based on race. As simple as it sounds, it really is skin deep. Race is one issue for Su-Jen, but I think that, ultimately, probably the cultural differences become larger as she grows older. Cultural issues and language issues become much larger for her. Because, when I say that Su-Jen shares my emotional heart, what’s happened in my case as I become older and as Canada has evolved, for me, race has become less of an issue. And as far as finding oneself, and the differences I’ve had to reconcile, those have had more to do with culture and attitude and language than with race.

What’s next for Judy Fong Bates?
I’m working on a piece of historical fiction. We’ll see where it takes me.