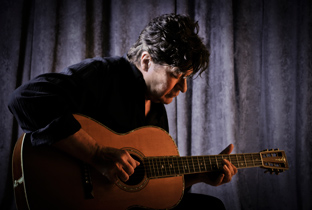 Robbie Robertson is having a good year. He’s got a new hit record, he’s been immortalized on a postage stamp and he received The Order of Canada. The founder of the seminal music group The Band, Robertson released How to Become Clairvoyant —his first solo album in more than 15 years — this spring. Squirrelled away in the posh confines of the Windsor Arms Hotel in Yorkville, we sat down with one of the most iconic rock legends this city has ever produced.

Been a while since your last album. Why now?
I didn’t notice it in any obvious kind of way, but making this record, I really felt a sense of relief, and going into it, I was really drawn into making this record. There was nobody banging me on the shoulder saying it was time to make an album. I felt inspired by that.

So you had artistic freedom?
This record was made up of maybe the best sense of artistic freedom of any record I’ve ever worked on. Ever. I didn’t have any boundaries or rules or stipulations. There was no schedule. That part was good. Another big part for me, too, was going off and recording the tracks for this record in London. After doing that, rather than keep fighting it in the studio, I had to go off to another project altogether. I did the music for the movie Shutter Island, and that departure was a beautiful luxury of escapism. When I came back to it I had a clarity of what I wanted to do with the songs, where I wanted to go in finishing lyrics, and who I wanted to work with.

Tell me about the importance of your collaboration with Eric Clapton?
I have so much gratitude for Eric just saying, “Come to London, let’s go into the studio and see what happens.”

You had no notion of what was going to transpire?
Well, I didn’t want to go over empty-handed, so I had some things in mind, musical ideas in mind, and that’s what all these tracks are on this record. So, I recorded every track while I was over there for this record, Eric is on some, and he’s not on some.

You compare these sessions to your work on The Basement Tapes (Bob Dylan and The Band). How so?
When Eric and I first started … it was such an informal way of recording and working on music that, just like The Basement Tapes, I thought, “Well nobody is every going to hear this. This is just Eric and me writing private music messages back and forth.”

This seems like a real guitar player’s album, and not just because of the song “Axman.” Did you want to create something that spoke to that legacy?
I think what happened was that it started off with Eric and me talking to one another through guitars, and it was something that I just had to build upon. It was a story I was starting to tell. And then as I got deeper into it, I realized it was the most guitar I’ve played on an album in my life. And I thought, I’m excited about that. And I did want to do a tip of the hat to these great guitar heroes, you know, that all of us were inspired by. And the idea to do it with Tom Morello (Rage Against the Machine, The Nightwatchman) is absolutely avoiding the obvious because he does something that is polar opposite to what I do. And Robert Randolph, too. These guys, they are outer-space guitar players.

How did your childhood on the Six Nations reserve influence your music?
That was the origin of my interest in playing guitar, it comes from Six Nations. That’s when I first saw people playing a guitar sitting right beside me. Because my uncles and cousins and aunts, everybody was involved with music, or that’s what it seemed like to me. And I thought, well, I need to be in this club. And that’s what drew me into it; that was the beg of it all for me. And then they started showing me little things here and there, and pretty soon, they were saying, “Oh my gosh, this guy is getting pretty good at this.” Then there was a point when I realized, I’m actually better at this now than you guys are, and that was the kind of encouragement to say maybe I can really go on and do something with this someday.

And did the First Nations storytelling tradition impact your songwriting?
Oh, absolutely. I’ve been talking about this recently. With the music on Six Nations, there would be the one part, the entertainment. And then there would be a different occasion when an elder would come in and everybody would be just completely taken by the atmosphere of this person who knew more than you do, has seen more then you’d ever see, and remembered the stories. And, it was like everybody just wanted to hear him, whether you’d heard the stories or not it was just like a gift. Hearing the way these stories are told, that was another thing that got me thing, one of these days when I grow up I want to tell stories like that.

You address the breakup of The Band on this album. Why now after all these years?
I just did it now because it happened naturally. There was no, “OK this is the time.” It wasn’t like that. In the creative process, in the writing, sometimes you go somewhere and you don’t know yet where you’re going. Slowly it starts to reveal itself to you, and there it is.

Was the plan to get back together at some point after The Last Waltz?
Oh yeah, nobody said we’re breaking up; those words never spoken by anyone in the group. And the absolute idea, the theory, to clear the decks here, of us to get a little bit of their own thing going, come back together and feel refreshed seemed to make sense, but nobody came back.

Have you ever been back to that theatre? And how do you remember that night these days?
I’ve actually never been back to the theatre, the Winterland, no. It was just one of those moments when the stars aligned. I don’t know how it all even happened and worked, but it is going to be a tough one to top that night.

And how does it feel to get your mug on a Canadian postage stamp?
A lot of these things, I’m really honoured by them. But this is one that I just didn’t see coming, and it is just extraordinary in Canada to even do something like this. You have to be dead in the United States to get on a stamp. I think this is so much more progressive.