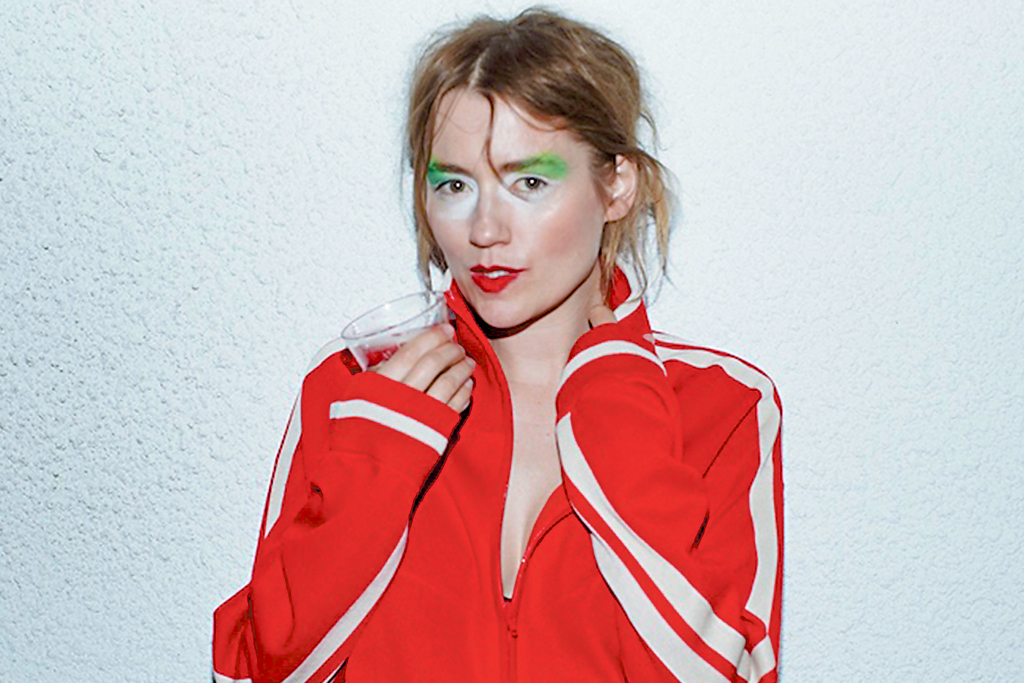 Toronto musician Lou Canon is set to release her third album Audomatic Body on July 10. The bold and brilliant new work was written during a trip to California in February 2019. The intimate and imaginative work is ideal music for the times. Guest vocalists include Ariel Engle of Broken Social Scene/La Force and Hayden, as well as Tim Kingsbury and Brendan Reed of Arcade Fire.

We asked Canon to tell us about five books that matter to her. And she made a point to select five works written by Black authors.

“I think it is necessary that we support Black, Indigenous, POC communities: their businesses, their work, their art, their voices,” says Canon. “I am listening closely. I am challenging old, tired ideas that are so deeply entrenched in the wirings of my brain: learning and unlearning.”

She says the voices she’s chosen have been and will be some of her best teachers during isolation.

“These books have opened me up, encouraged me to question and participate in this urgent discussion,” she says. “Inequality is present today, was present yesterday and has been around since forever ago.”

The Fire Next Time, by James Baldwin

This is where I began — it felt like no better a place to dive in. The book starts with a letter that Baldwin wrote to his nephew on the one hundredth anniversary of the emancipation, one in which he candidly expresses his deep, deep frustrations as well as his hopes for the future. It explores the harsh realities of racism, oppression, power and privilege of that time. However, it’s disheartening that it still rings so true today. Sadly, not much has changed. I was completely taken by Baldwin’s writing. It is profound. I have read and reread, underlined to allow his words to sink in a little deeper. I continue to sit with it.

How to Be an Antiracist, by Ibram X. Kendi

“The only way to undo racism is to consistently identify and describe it — and then dismantle it.” There is no better description of this book than the one above given by the author. I’ve been participating in this work with my partner. (We decided to read this together — in the park, late at night on the porch). We’ve been examining ourselves, where we fit in — how our privilege impacts where we’re sitting, how we’re treated, what we have. We’re vulnerable, honest and heated in our conversations. It’s hard and uncomfortable but extremely important. To be racist, or antiracist, is not a fixed place or position — it’s a dynamic verb rather than a noun. It is determined by what we are saying, doing, how we are acting, participating in the moment, moment to moment. I’m learning so much from Ibram X. Kendi.

Their Eyes Were Watching God, by Zora Neale Hurston

I couldn’t find this book in print (or as immediately as I wanted to read it.) So I’m listening to it on tape, performed by Ruby Dee. I am reminded of the magic of hearing someone tell you a story, like sitting at the feet of my teacher. And this one is nothing short of beautiful, like reading a long poem. It’s about a Black woman, in her forties named Janie that shares her life story with a friend. She’s raw, strong, honest. And she tells of her search for love and her longing to live a life her way. My niece was named after this author. From the moment she was born, this book went on my list. I finally have the space to take it in.

My quarantine self spends most of my time alone. I venture out on long, endless walks in new neighbourhoods. And for the first time I’ve started to notice dogs in a completely different way. I find myself talking to them, even after they’re long gone, down the street. I’ve been noticing their personalities, their likeness to their owners, the way they greet complete strangers. (I wouldn’t normally call myself a dog kind of person.) I picked this book up after several friends recommended it. It’s by a Toronto-based author. It’s about a group of dogs that are granted human consciousness and language. It’s the right kind of playful.

What is there not to love about Zadie Smith? Swing Time has been sitting on my dining room table (and then off on a pile just beside) for well over a year. I haven’t actually opened it yet, but it’s next up. Now it’s back in its spot on my table, not to be forgotten. I’m told it’s a story of female friendship, family and identity, interwoven with music and dance. Um, yes please and thank you!