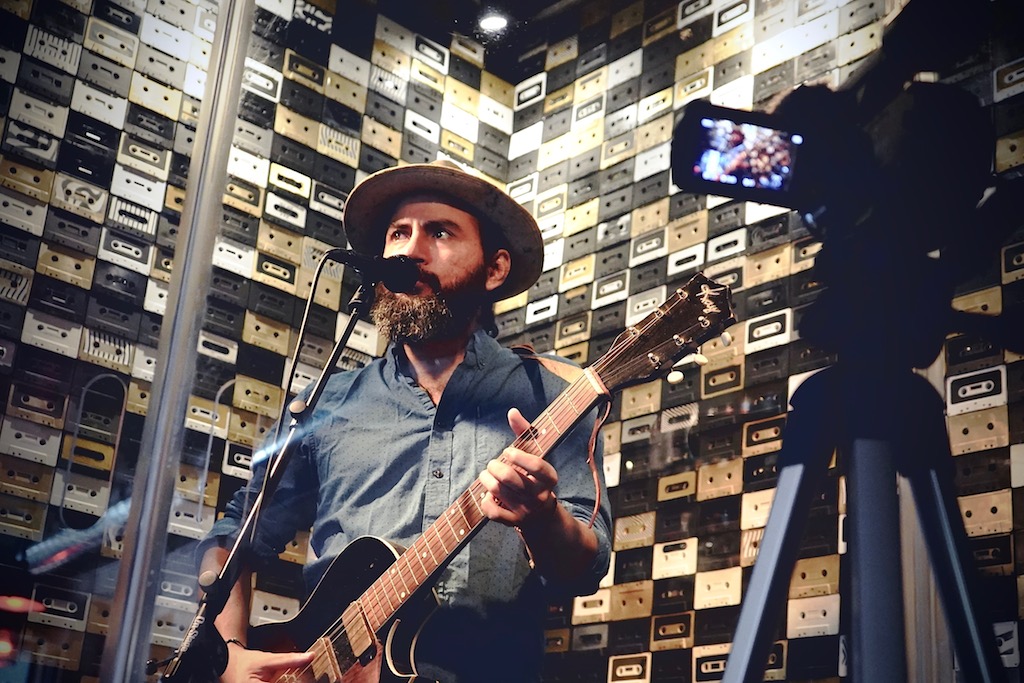 Last fall, Morgan Clamp, a singer and songwriter, opened up the Tonight Bar in Parkdale, what he calls a micro performance space for up-and-coming artists. It’s tiny with a high-end sound system for live music and a quality stage.

“As a singer-songwriter myself, I’ve seen and experienced the reaction to live music over the last 20 years, and thought it was time for a little step back,” he says. “So I created this venue specifically for singer-songwriters, the burgeoning talent who have a better shot at filling the floor here.”

Everything was going very well with quality live music, including a few Juno Award winners gracing the small stage as well as record comedy nights, and then six months deep, COVID-19 hit and everything changed.

It’s been a long wait, and unlike most every other live music venue in the city, Tonight Bar has finally reopened. And Clamp has reopened in a very unique way.

“We knew we had to make it safe for anyone willing to come back,” Clamp says. “So last Thursday, we reopened with a unique two-way monitoring system.”

Patrons can sit on the cosy backyard patio, with a capacity of 16, and watch live music and comedy on the TV screens being broadcast from the stage inside. And, the artists can also see the crowd on the patio and hear the applause.

Inside, the stage has been decked out with protective plexiglass so artists and patrons stay safe while moving around the venue.

Clamp decided not to open up indoors yet, as under new COVID-19 rules the capacity would be just 10 people.

Is it perfect? No. Is it a return of live music to Queen West. Yes, it is.

“The reaction has been great from those who’d seen it. Over the next couple of weeks, we just need to let people know what it is we are doing. We are adapting to the situation rather waiting for the world to resume.”

Recently, all Toronto has heard regarding live music is the closure of one venue after the next including places such as Alleycatz, and the Orbit Room, as well as the Rivoli being put up for sale.

Clamp hasn’t heard of another venue here or anywhere trying to do what he’s doing, but he thinks clubs need to look for a creative solution in the same way as artists.

“There’s already been great innovations with music in parks, at the end of driveways. Artists have been fantastic about being their own advocates and keeping art going. But venues have been more cautious for a variety of reasons,” he says. “I hope the thirst to see shows live comes back, and that we play a part.”