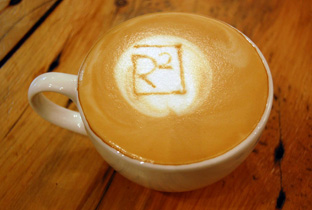 When R Squared Café opened up in the Trinity Bellwoods area earlier this month, we couldn’t help but be curious about the name. Turns out that the shop is simply named after the two Rezas — Sheikh and Yazdjerdi — who own it. Nothing more complicated than that.

The Rezas (pictured below) have been friends since they were teenagers back in Tehran. They arrived in Toronto a couple of years ago, and though both are engineers by trade, they decided to open up a café. Apparently it’s a lot cheaper to open up a coffee shop in Toronto than Tehran, and it’s something both have wanted to do for a while.

“We loved Queen West,” Yazdjerdi says. “We just hung out here all the time.” 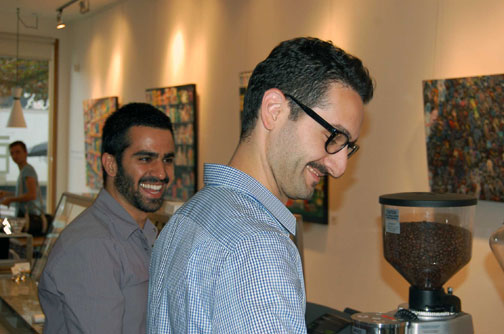 The pair took over the Quaff Café at Queen and Euclid a few months ago. They operated as Quaff to do research; tasting coffees from every roaster in Toronto, they say, and beyond. Then, they renovated, and R Squared Café opened earlier this month.

“Every time we went to the roaster to work on this blend, we got sick for two days after,” Sheikh jokes. “(Tasting) for three hours, around 40 shots of espresso — it was crazy.”

What they ended up with was their own brew from Social Coffee and Tea Company. The shop also features one special single origin coffee from a different country each week ($2.19 for a regular drip coffee) and a pour-over  bar at the front counter ($3.15).

“We changed all the equipment related to coffee,” Yazdjerdi says. “We got an espresso machine, and R Squared is the only place in Toronto that has that machine. It’s used in the World Barista Championship.”

Speaking of champions, the shop’s super-friendly Matthew Sonberg (he offered us a second hot drink as we headed out in the rain), a Culinary Arts student at Humber College, came in fifth in the Canadian Regional Barista Competition. He’s also mastering some mean latte art.

Yazdjerdi’s wife, Ghazal Tehrani, designed the store’s logo and worked with an industrial designer on the interior. 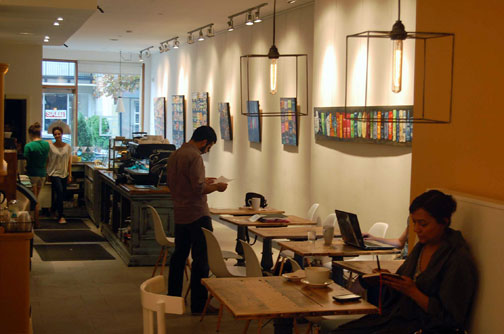 “A lot of the stuff, like the table lamps, are all vintage from the ‘70s,” Tehrani says, who later offers us some savoury Iranian roasted pistachios her mother brought in. “We went around the city a lot, looking for little vintage pieces.”

Yazdjerdi points to the Iranian movie posters from the ‘50s and ‘60s. They got them, he says, after seeing a documentary about an Iranian man who collected posters from working in a movie theatre as a youth. The Rezas tracked him down and bought his collection. Yazdjerdi says they will rotate the posters every few months.

That attention to detail is all over the new shop. The pastries are from Desmond and Beatrice, while the rest of the food is from Café Patisserie Jules.

There’s also WIFI and outlets all over the place for laptops. Tehrani says they get a lot of freelancers in. No wonder: the shop is bright, airy, and the coffee (and company) are just fine.

And while the free roasted pistachios may not be there every day, the charming folks behind the counter will be. 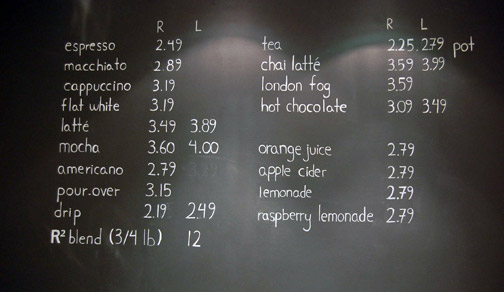