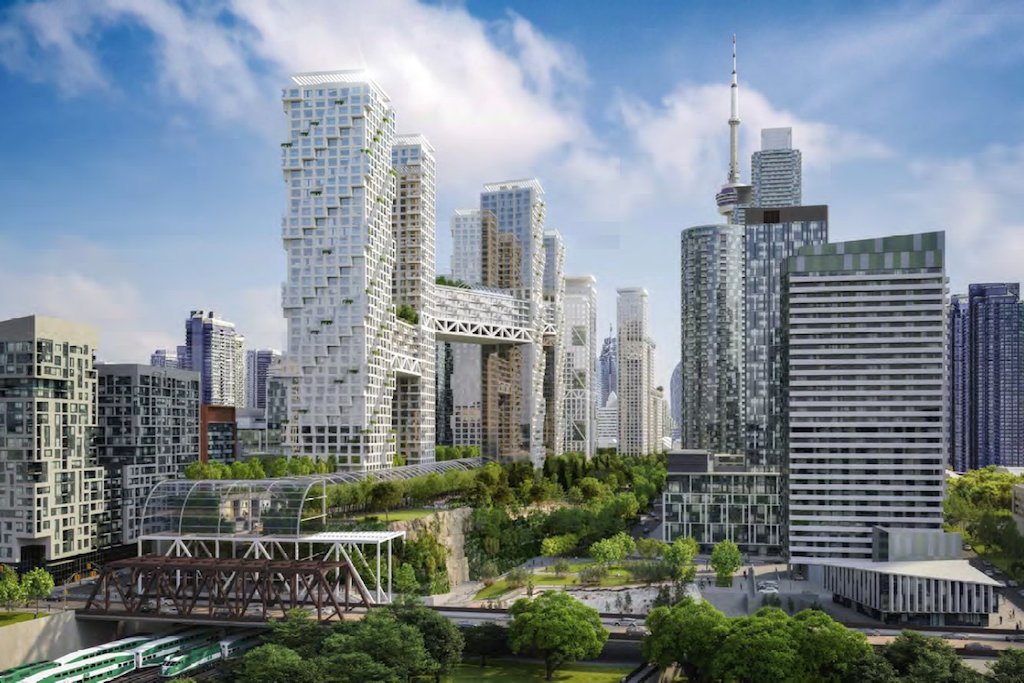 The dream of Mayor John Tory’s much-ballyhooed Rail Deck Park — a massive central urban green space built over the downtown railway lands between Bathurst and Blue Jays Way — appears to be dead. The Local Planning Appeal Tribunal approved a competing vision for the massive development site. One that includes, yes, of course, many tall condominium towers and a comparably thin slice of open space.

CRAFT Acquisitions Corporation and P.I.T.S Developments Inc. appealed its ORCA plan for a large-scale mixed-use development with a major park and large park space component. The decision, in its favour, was handed down on May 12.

BREAKING (I’ve always wanted to say that): The LPAT today approved, without a single change, the decking & development over the downtown Toronto rail corridor as proposed through “The ORCA Project”. I’m so happy, relieved & excited for the next steps. So special to be involved! pic.twitter.com/TtQrtze2zs

The 8.3-hectare Rail Deck Park was a legacy plan for Mayor John Tory, who put the proposal in place back in 2017. The massive project came with a massive price tag of approximately $1.7 billion. And would utilize development air rights, which the city never had, resulting in a long dispute with developers looking to maximize return.

The city’s Rail Deck Park development page on its website is still active and states the project is in the stage 2 “due diligence and concept development.”

The summary of the LPAT decision explains that aside from a small portion of the site where the Puente De Luz Pedestrian Bridge is located, “CRAFT owns the air rights above the “approximately 150-year-old downtown Toronto rail corridor.” And CRAFT has owned the air rights since 2013.

The decision also noted that the city “has also not taken any substantive steps over the last almost five years since then to negotiate the purchase of the CRAFT Property — or to commence expropriation proceedings to acquire it. Thus, little has happened since 2016 with respect to the actual creation of Rail Deck Park.”

Now, instead of a massive public park in an area of the city desperate for green space, Toronto is likely to see CRAFT’s plan for six towers of 43 to 46 storeys on the site and as many as 3,500 condo units.

Reaction to the decision on social media was mixed with many decrying the addition of even more condominiums in the downtown core while others expressed relief that the city and its taxpayers won’t be on the hook for a $2 billion pet project.

Although I respect the Local Planning Appeal Tribunal’s decision today, I am deeply disappointed by it and the possible impact on the future of Rail Deck Park.

Read my statement below. pic.twitter.com/nPonGLcHYe

“This is a very difficult site to build a park on let alone several high-rise towers and so the timeline for this is long,” he wrote. “I remain absolutely determined to address the shortage of parkland in downtown Toronto and all parts of our city.”

The next step is for CRAFT to resubmit a plan for the site and follow the city’s development process. If the city tries to refuse the plan again, CRAFT will again have to return to LPAT. So, no matter what this decision states, there is a long way to go.