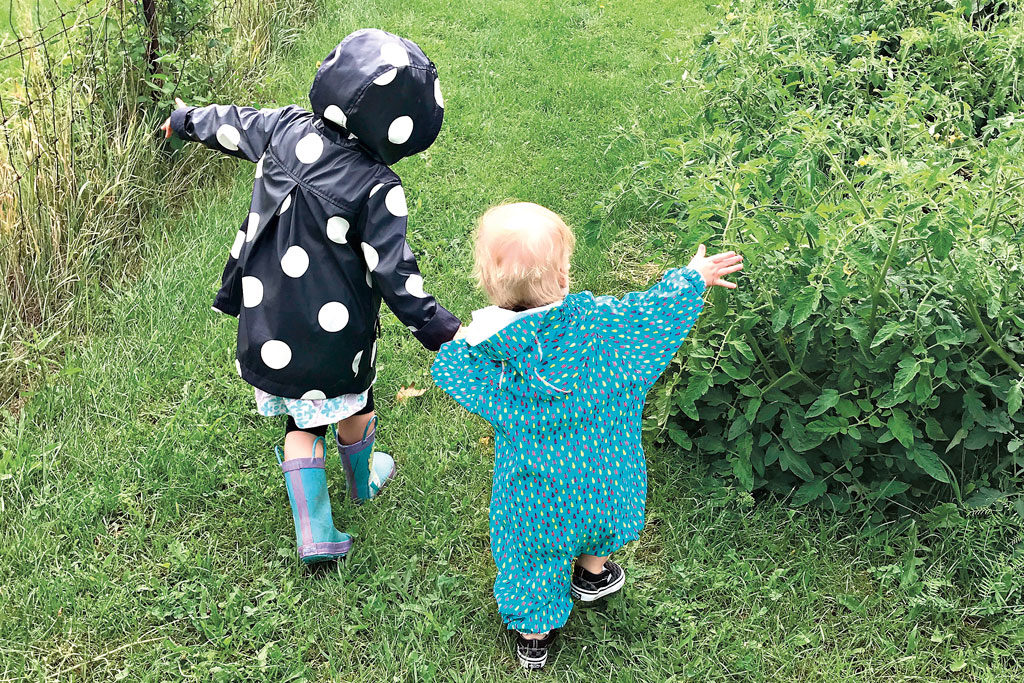 Shortly after the birth of her daughter Isabelle a few years ago, Toronto vegan Laila Upeslacis found a pediatrician and indicated that she planned on raising her child on a plant-based diet.

At first, the pediatrician was concerned. It would be best to keep Isabelle on a non-vegan diet for her first five years of life, the pediatrician said, to ensure that her nutritional needs were adequately met.

But Upeslacis consulted a nutritionist and did her research. She wanted her daughter to grow up without depending on animal products, so she stood firm in her decision.

Today, three-year-old Isabelle and her one-year-old brother Ben are happy and healthy on their vegan diets. They eat lots of wholesome, home-cooked food, and nutrients that are hard to come by from vegetables only — such as vitamin B12 — are carefully supplemented. As a result, the once-skeptical pediatrician is now fully on board.

“It’s just adjusting your way of thinking,” Upeslacis says. “Instead of just having meat, starch and vegetables, it’s a new way of looking at how to cook.”

As more and more parents choose to raise their children on vegan or vegetarian diets, concerns are on the rise. International newspaper headlines have warned of the potential health risks, and last year, a one-year-old boy from Milan who was on a strictly vegan diet was removed from his parents’ care after doctors discovered he was severely malnourished.

Meredith Deasley, a GTA-based pediatric nutritionist, says she has seen first-hand the effects of poorly executed vegan diets in children. She recalls consulting with the parents of a 13-year-old girl who was not reacting well to her plant-based nutritional intake.

“She was so pale, so emaciated,” Deasley says. “I told them to try eggs and fish just to see what would happen. Three weeks later, she was thriving.”

“Not caring about the diet at all is probably the biggest challenge.”

The problem, Deasley says, is that it can be difficult to anticipate nutritional deficiencies that can occur when removing certain food items that are considered staples in Western diets. Vitamin B12, she says, is available only through non-vegan sources, so it needs to be supplemented. Protein and healthy fats, too, need to be rigorously sought out from sources such as legumes, nuts and seeds.

“These kids are growing. It’s like a bodybuilder — if they want to build muscle, they have protein shakes. The protein helps them grow.”
Nutrition can be a complicated topic, and relying solely on plants adds extra layers of nuance. But any diet — vegan, vegetarian or omnivorous — can be unhealthy if a lackadaisical approach is taken.

“Nowadays we have to earn our health,” Deasley says. “Not caring about the diet at all is probably the biggest challenge.”

Andrea Carpenter, a registered dietician from Toronto, says that, if the proper precautionary steps are taken, a vegan diet can be just as healthy as an omnivorous diet — possibly even healthier. But the task shouldn’t be taken lightly.

“You not only have to make sure you’re getting all the nutrients, you’ll also have the child’s preferences and picky eating tendencies that you’ll have to work through,” she says. “It can be done, but it doesn’t come without challenges.”

Education, she says, is crucial. It’s not simply about avoiding meat, eggs and dairy. It’s about understanding important nutrients — such as calcium, iron and vitamin D — and how to ensure they are all sufficiently present.

“Vegetarian or vegan diets can have a healthy role in a growing child,” Carpenter says, “but we have to be careful that the diet in its entirety is looked at.”

As for Upeslacis, she has no regrets with her decision to keep animal products off the family dinner table not only from a nutritional standpoint, but also from an ethical one.

“Even as a child, you understand: why would you kill a cow and eat it?”