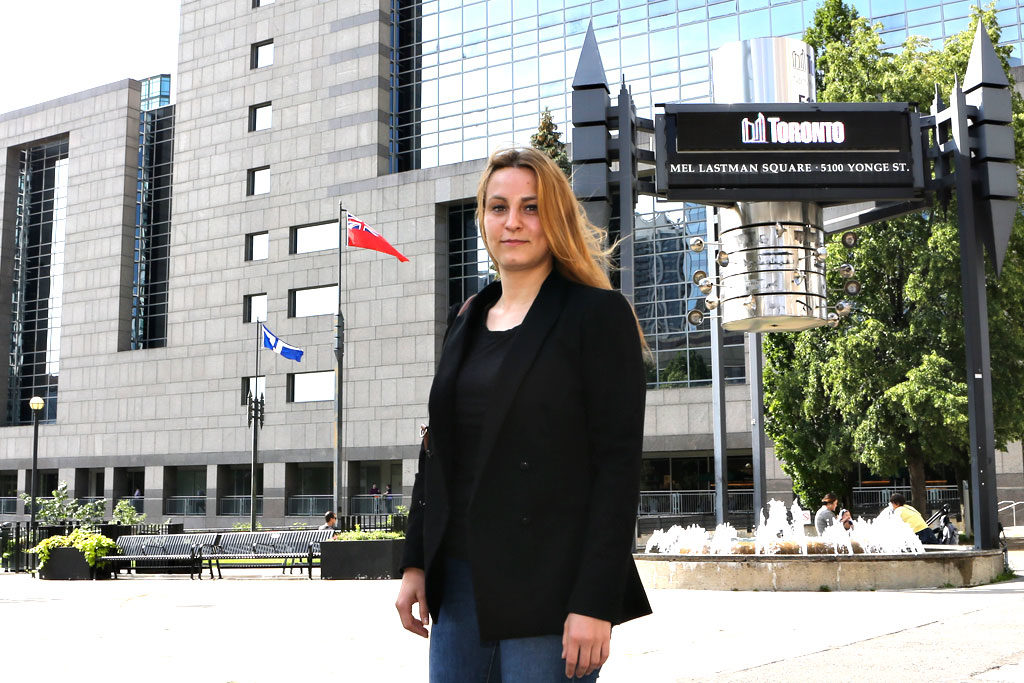 Willowdale People, a new residents’ group, has been causing a stir in North York. The group is against REimagining Yonge, a streetscaping plan introduced by Ward 23 councillor John Filion, that would see new streetscaping, bike lanes and a reduction of traffic lanes along Yonge in North York.

Among the concerns of the group are traffic impacts, the elimination of street parking in favour of bike lanes and what they see as a lack of transparency in the consultation process.

Willowdale People held a rally in Mel Lastman Square on July 9, which was attended by over 50 people. The group was founded by Willowdale resident Stacie Korjenevitch. She said she sees the group as an opportunity to keep the public more informed.

“[REimagining Yonge] was something that was bugging me for quite some time because it was done in a way that residents were not even aware it was happening,” said Korjenevitch. She first read about it on Facebook in late March 2017 and attended a community meeting led by Coun. Filion. There, she met Norm Gardner, former North York city councillor and another organizing member of Willowdale People.

“It seems like the more people are informed about the fact that a lot of businesses may go out of business here, there will be more momentum in opposition to the elimination of the two lanes and the parking,” said Gardner.

According to Filion, the city has mailed out 66,000 notices for three separate community consultations, and his newsletter has been sent to 44,000 households.

Korjenevitch is confident the group will grow and is considering forming an official association.

“If we’re not vocal, we will not be heard,” she said. “Then Mr. Filion will go to city hall and say, ‘Everybody agrees with me. Everybody’s happy about this project’ because this is what he’s been telling people so far.”