Fred VanVleet rang in his 26th birthday at this Toronto bar | TRNTO.com
Skip to content 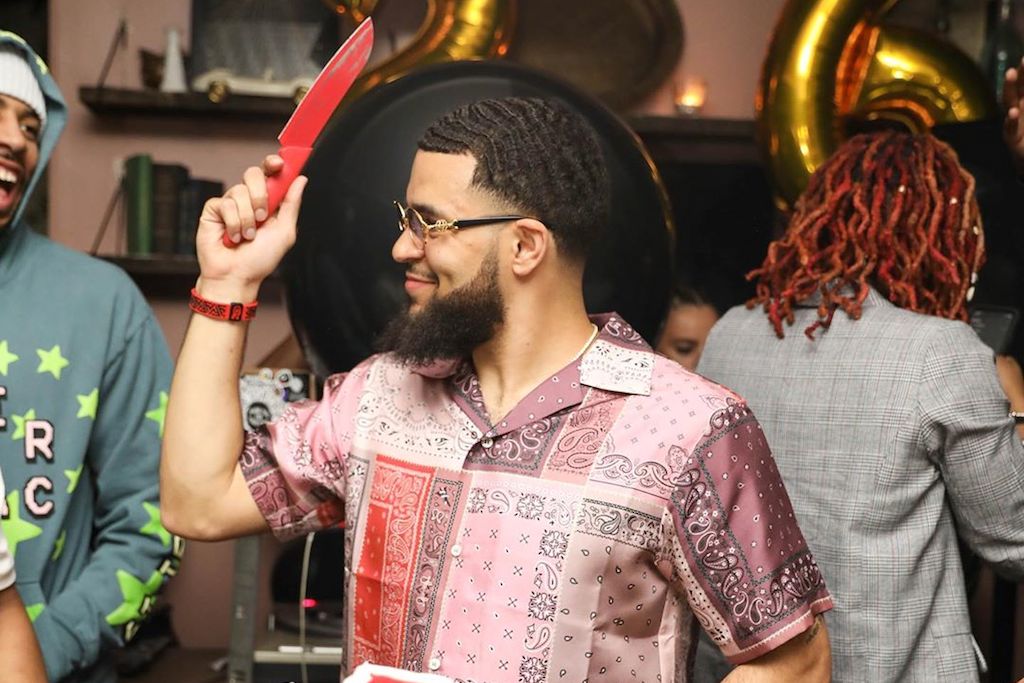 The Raptors point guard was dressed in pink, partying with a select group of his closest friends and fellow players. The event was topped off by a custom-designed cake in the shape of VanVleet’s outerwear brand, FVV’s emblem, made by Toronto bakery Le Dolci.

Still, the Raptors have plenty of non-birthday reasons to celebrate, too. They’re currently ranked second in the NBA’s Eastern Conference, behind the Bucks. They’ll face off with the Charlotte Hornets on Friday, and will follow it up by playing the Denver Nuggets on Sunday.

VanVleet, who is originally from Rockford, Illinois, thanked his friends and fans for the birthday wishes on Twitter, saying, “One thing I realized yesterday is how much love I got in the field . . Preciate all of you”.

VanVleet’s party was also very well documented on his Instagram.