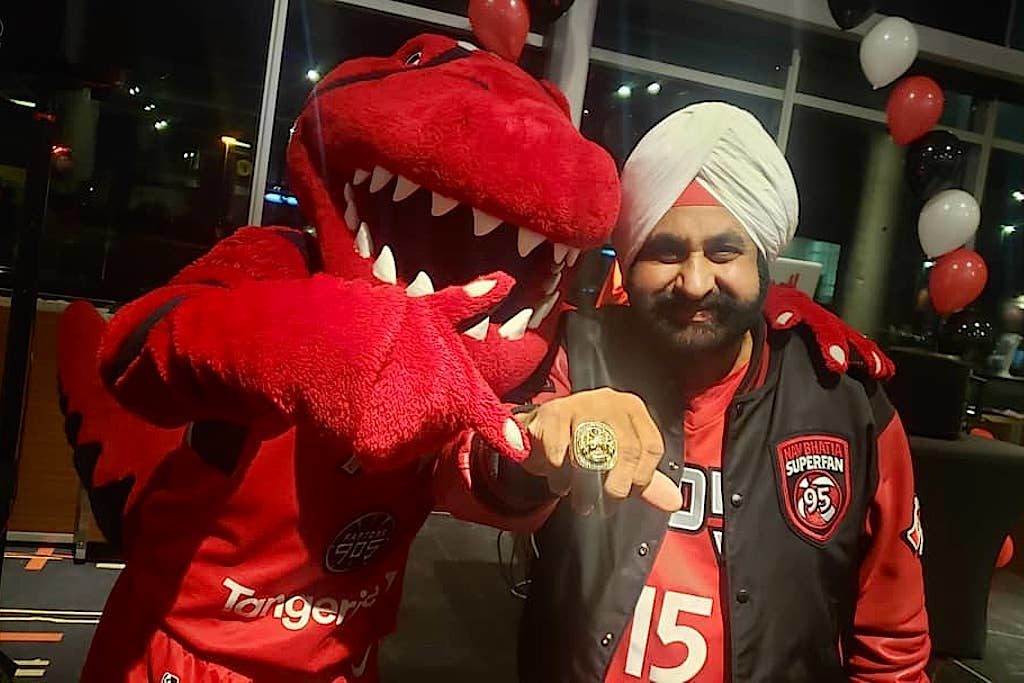 Toronto Raptors’ Superfan, Nav Bhatia, has gone from superfan to superhero. Recently, Bhatia made true on his promise to take a Milwaukee fan out to dinner after being the subject of his racist tweet.

The Milwaukee fan referred to Bhatia’s Sikh turban as “underwear on his head” during the semi-finals last spring. After apologizing to Bhatia and deleting his account, the Superfan promised to take him out the next time he was in Milwaukee.

“I did meet that fan in Milwaukee and had an incredible dinner and game with him and his handsome young man,” Bhatia recently announced on Instagram. “I give him all the credit in the world for putting aside all his apprehensions and taking time for us to get to know each other.”

“It’s amazing we are more alike than we are different,” Bhatia said after their meeting. He then thanked the Milwaukee fan for “the opportunity to turn a negative situation into a positive situation,” though it’s obvious that he deserves much of the credit for the classy manner in which he handled the situation.

Hey @Twitter this tweet by @KJB30 is racist and should be removed. There is no place for this type of language in the @NBA or on Twitter. Also, I don’t know you @KJB30 but I welcome you to come to Toronto and meet @superfan_nav he’s one of the nicest guys in the game #Cdnpoli pic.twitter.com/MnMroEFjyY

Former Liberal MP Raj Grewal asked directly for the account of the Bucks fan to be removed. “There is no place for this type of language in the NBA or on Twitter,” he said at the time. Many others also expressed support for the Raptors’ biggest supporter. “Nav [is] a national treasure,” wrote one. While another noted that Bhatia’s “an honourable businessman” has a “kind heart” and is “passionate in serving others.”

Meanwhile, Bucks fans apologized for the behaviour of the fan in question.

Bucks fan here. Really sorry about this. This is horrible.

Bhatia has not missed a home game since the inception of the Raptors in 1995. He gained fame during the NBA finals and even received a championship ring.