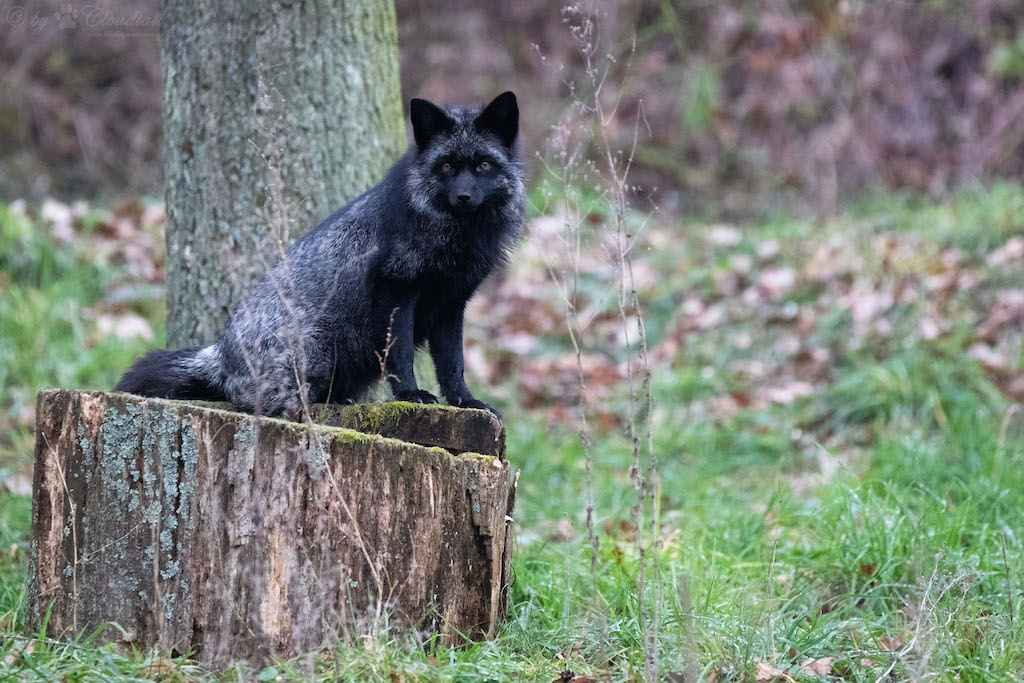 Although the benefits of the COVID-19 pandemic are few and far between, we can hang our hats on the positive impact social distancing restrictions have had on local wildlife. First the city fell in love with the family of foxes at the Beach boardwalk, and now Torontonians are enjoying rare silver fox sightings near the downtown core and west end of the city.

No, we’re not talking about Anderson Cooper here — the silver fox is actually a melanistic (meaning the opposite of albinism, or dark in pigment) form of the red fox with a beautiful glossy black coat and a white tail tip.

Although a silver fox can be born into a litter of regular red foxes, they are rare and only make up about eight per cent of the country’s fox population. Due to their beautiful coats, silver foxes have quite a colourful history and have been highly sought after by fur traders since the 19th century in North America.

Farmers in Prince Edward Island began breeding silver foxes around the turn of the century, recognizing the foxes’ tendency to mate for life with just one female. Unfortunately, silver foxes are still being over-hunted today and as a result, the population is decreasing year over year.

So what’s the reason for an increase in silver fox sightings in Toronto? Silver foxes are apparently timider than their red siblings, so with fewer people out and about due to social distancing restrictions, they may feel more comfortable roaming the city lately.

If you’re hoping to catch a glimpse of one of these spectacular animals, try checking out one of the areas below. Keep in mind that foxes are wild animals, so be sure to keep your distance if you spot one.

The @uStMikes campus, an oasis in the heart of Toronto, is home to many. But my new friend, just outside of my office in Founders House, is special indeed. @UofT pic.twitter.com/qpb6DnHfGI

This U of T professor was lucky enough to spot a silver fox right outside his office in Founders House on the school’s campus.

If you happen to be out for a jaunt in the west end of Toronto’s Humber Bay Shores Park, keep an eye out for silver foxes — this seems to be their favourite haunt.

The Revolution continues… A rare young melanistic fox rests atop a car in west Toronto, Canada, after playing with its sister nearby. More commonly known as a silver fox, it is a genetic variant of the more common red fox. pic.twitter.com/3fKh6ic4oX

More proof that these rare foxes are west-enders.