Real Estate: Christie Pits is an affordable ’hood on the way up | TRNTO.com
Skip to content 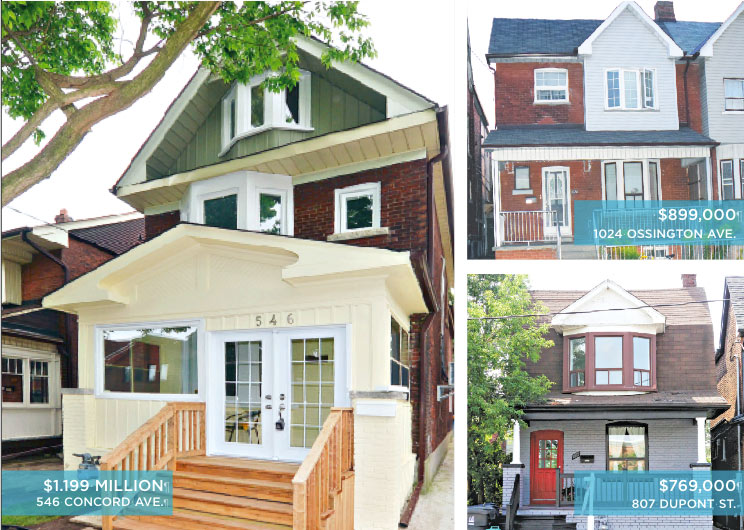 The area that surrounds Christie Pits Park is named after the former Christie Sand Pits, a landmark rich in remnants of the last ice age. It was later converted into a park, once home to the historic Toronto Maple Leafs baseball team and the site of the 1933 Christie Pits Riot — arguably Toronto’s largest melee. Despite its tragic past, the park is the centre of life in the neighbourhood, playing host to an annual outdoor film festival and the Bloor Ossington Folk Festival that runs this month, Sept. 18 to 20. And it only gets better with a $700,000 park makeover set to begin this fall.

Vibe
Over the last decade, this traditionally working-class and multicultural area has seen a steady rise in strollers. It helps that the streetscapes are uncluttered, thanks to rear laneways that provide off-street parking for homeowners. Houses (circa early 1900s) are modest in size, the lots narrow. Anchored by Christie Pits Park, the area is ideal for families seeking green spaces for the kids to play in.

Cost
From detached to duplex, the average price of housing here is about $808,663. Two-storey houses with three bedrooms rule the streets in this Koreatown.
• The renovated duplex at 546 Concord Ave. speaks to the latest trend in architecture with an outdoor living space.The price: $1.199 million.
• At 807 Dupont St. is a three-bedroom home split into two separate units, which can be converted back into one. Not too shabby. It’s priced at $769,000.
• The three-bedroom house at 1024 Ossington Ave. is listed at $899,000.

Community
There’s no shortage of recreation with three parks — Dovercourt Park, Christie Pits Park and Dufferin Grove Park — in the neighbourhood. To top it off, the once-seedy Metro Theatre will soon reopen as the city’s tallest rock climbing gym.

Grub
Vegans will rejoice in Apiecalypse Now, a new vegan pizza parlour–cum–snack bar; connoisseurs in high-end tasting room Actinolite. There’s also Northwood, a European-style café and cocktail bar for the creative class. Tofu Village has the city’s best Korean fare. And former Annex legend Dooney’s Café has made a comeback here, so expect to see a lot of the city’s literary, artistic and political circles.

Shops
The sustainable food at Fiesta Farms is sui generis. Residents are also well-served by the Bloorcourt Village shopping district and two shopping malls (Dufferin and Galleria, but not for long as the latter has just been sold to Freed Developments).

Walkability
Homes in this area rank in the “very high” range in walkability, thanks to the proximity of local schools, shops and restaurants as well as public transit.

Commute
Christie Pits, bordered by three major roads and the railroad tracks north of Dupont Street, provides quick access to the subway. The roads are also flat as a pancake: a cyclist’s paradise.