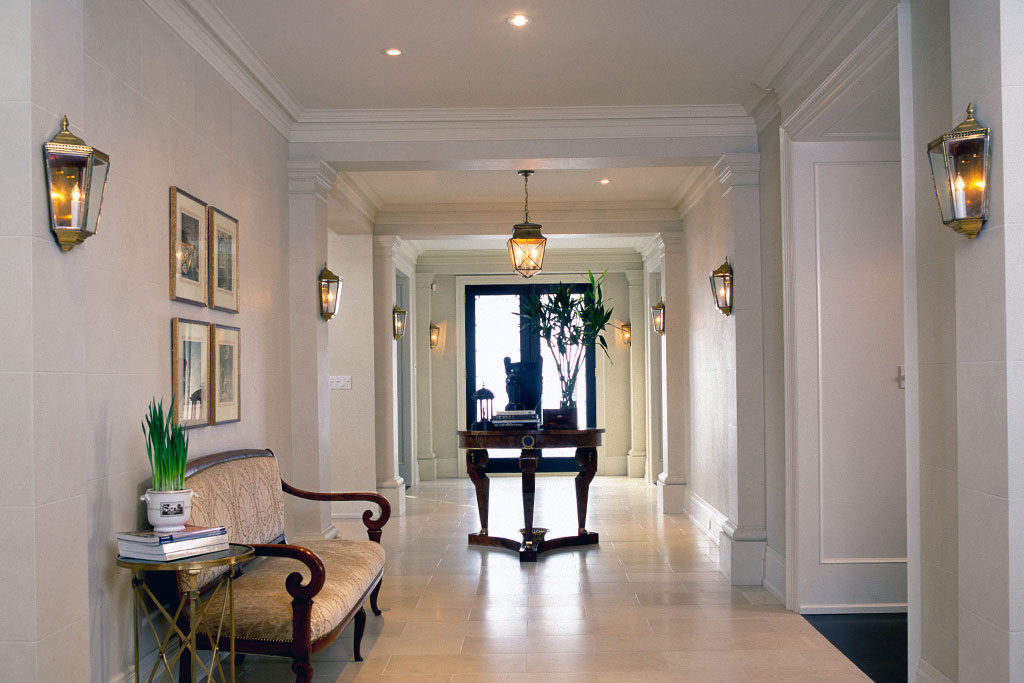 DAVID ROSENBERG
When I got the job in New York at Merrill Lynch, they gave me one of those corporate apartment for dummies just off South End Avenue, sort of kitty-corner to where the Ritz is. I had the option to buy it at any time. Back then, this was ’02, basically within a year after 9/11, all you heard about was, Oh, you’re living in Battery Park City. Oh my God, asbestos this and asbestos that.

In any event, this was a gorgeous junior one-bedroom, and probably at the time I could have bought it for a couple hundred thousand dollars. It’s gone up, like, sixfold over that period. So not taking the option to buy was a big mistake.

BRIAN GLUCKSTEIN
I have an apartment in New York and was offered the apartment beside us. I said, “No, no. I’m not going to buy this apartment.” Well, I just bought it three months ago, and when I was offered it, the dollar was at par. Now it’s this. So I’m thinking, God, why didn’t I buy that apartment back then?

On the positive side, when I was looking for a new house in Toronto, I was working with Elise Kalles. She took me to see this huge house in Forest Hill. I walked in and I walked around, and I said, “Oh, this is crazy. This is too big, and it’s falling apart. They’re asking too much money.”

Elise picked me up the next day, and she said, “I have a house to show you. Have you got time?” I said, “Yes.” So she pulls in to the same driveway, I think to myself, OK, she’s losing it. So I said, “Elise, you brought me here yesterday.” She said, “I know. You get into that house, and you don’t come out until you figure out how you’re going to make that house work for you.”

I put an offer in and I bought that house 15 years ago, and even she cannot believe how much the house is worth today.

BRAD LAMB
Well, I have so many selling regrets. But I’ll tell you one that’s particularly bad. So I bought a parking lot in 2002 for $3 million downtown. About a week after I bought it, it was conditional for 60 days, a parking lot operator came along and said, “I’ll give you another $300,000, just to sell me the contract.” So I sold it to him. That parking lot today is worth $120 million.

JOE OLIVER
​Well, I think two times in my life I knew with absolute certainty that the market was at a low, and it was going to go up, barring a nuclear event. One was, I guess, in the '80s. Real estate, recreational real estate in Muskoka was low. There had been a huge decline in real estate overall, but the city had moved up. The recreational property hadn't. It was absolutely inevitable. I just wasn't attuned to it. I should have bought raw land. But I just built a house, you see. So the idea of building another place was anathema.

And the second time, about four or five years ago, the dollar was at par, and condos in Florida were way down. It was an inevitability that they were going to go up, but I wasn't going to use it for four and a half years at least. Well, it turned out I wasn't going to use it after four. But now it's up 50 per cent in Canadian dollars. So sometimes you very rarely have that opportunity. But I just tell people, take it when you have it.

JENNIFER KEESMAAT
This isn't a regret, but it's similar. We purchased a house in Roncesvalles when most of the houses in Roncesvalles were actually much denser, because there were multiple families living in relatively large homes. All of our neighbours around us said, "Oh you've completed misunderstood Roncesvalles. You've paid way too much money." That was 15 years ago. For the first year, my regret is that I never bought a latte because I thought I completely overpaid for that house. In reality, well you know how the story ends. I did not overpay for the house, and I should have been enjoying lattes all year long.

ROYCE MENDES
My regret is that I move too much. I've lived in a number of cities in this country and it has cost me a lot of money to buy and sell properties, and to move. On the flip side of that, it's been good in other ways. But from the real estate perspective, it hasn't been the best decision, actually.

TIM HUDAK
So, my wife and I saw a house and it was totally rundown. Honestly, it had 12 raccoons living in it. Above the bedroom it smelled like, this is too crass but, raccoon urine. The previous owner, I can talk about this now because he's passed away, actually had the Karla Homolka trial transcripts. It was a little spooky. So I was totally intimidated and I'm the polar opposite of Sebastian, I can't put a nail in the wall straight to save my life. So I was way too intimidated but my wife saw a lot of beauty in it. Thankfully, the realtor broke the tie and recommended that we buy the house. So we bought it, turned it around and it's just been a beautiful palce for us. So she was right and the realtor was right and the regret is, I still cannot put a nail into the wall.

SEAN COOPER
So my biggest regret would be, when I was a first time homebuyer, I didn't really understand the way to buy houses. I put in a bunch of conditions in all my offers and I kept losing out on houses. I had condition of financing, condition of home inspection. I bid on a really nice house that was in my dream neighbourhood, right close to the subway station. I out bid the next person who ended up winning the house by a few thousand dollars, but of course, because I had all those conditions, they went with the clean offer. So I regret not having the tools and not having an understanding of knowing stuff like that and losing out on my dream home, or what I thought it was. But I ended up living with a pretty decent home that I live in now. So I guess it's kind of a good news, bad news story.

SEBASTIAN CLOVIS
Well, my biggest regret is in 2007 I played in the CFL for the B.C. Lions and at that time the B.C. and Vancouver market had been hot. It had recently cooled off, but I wanted to jump on that train and make some money too. I tried to be smart. I bought a condo in Surrey, which is just outside Vancouver, and I bought a condo that was pre-development. It wasn't built yet and it was directly outside of the train station. You get out of the train station and walk into the condo. So I figure Vancouver has got nowhere to expand to, you know? They've got buildings everywhere. The only place they can go is on this train line, so I'm going to get the building right outside the last train stop.

That's what I did, and in 2008 the market crashed and I lost a bunch of money in the condo. But I've held onto it, so it's still there. But I'll say that my lesson out of that regret, and it was rented out so it's fine, but my lesson out of that regret is advice that I give to a lot of my friends which is: As a first time homebuyer, don't look at real estate as an investment opportunity. I went in there to try to make money on a house. When I got back to Toronto, all my money was tied up in this condo, and I didn't have the money to purchase a home for me to live in with my girlfriend, and it took me some time to build up that nest egg again, because I had it wrapped up in an investment that didn't quite go right.