Real Estate: We check in with our expert panel for a fall update on the Toronto housing market | TRNTO.com
Skip to content 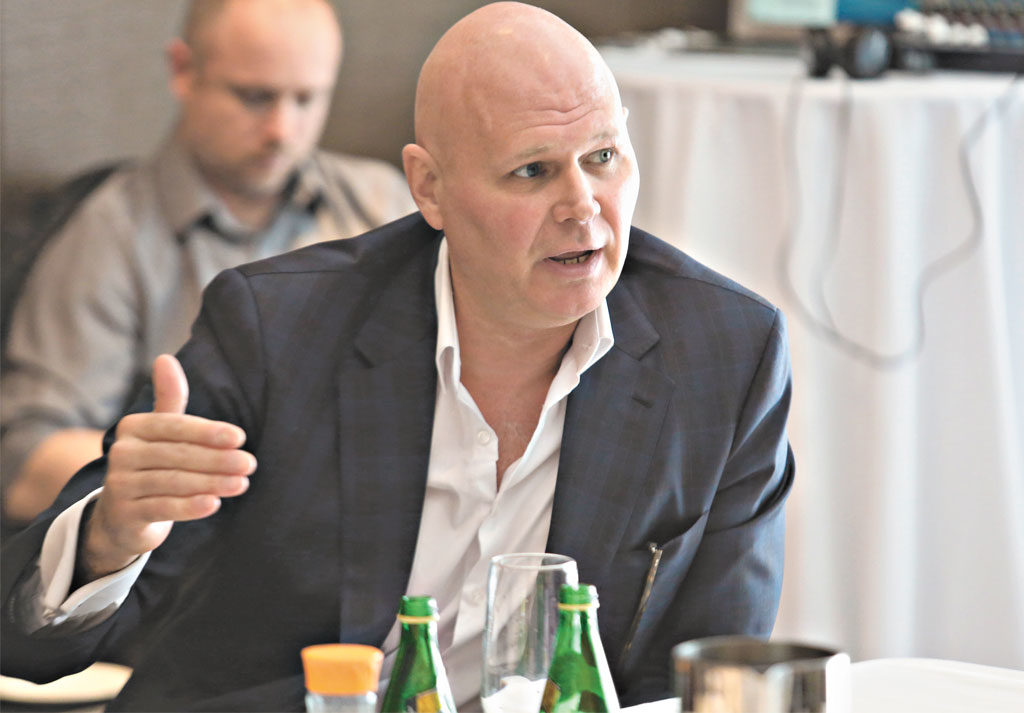 Our real estate roundtable panellists shed some light on the effect a recession could have on Toronto’s housing market in the coming year.

Brad Lamb: The current market is expensive due to freehold prices. This is due to no new supply. This is never going to get better because there is no land for this type of housing within 1.5 hours of the city. Condo prices have been stable for four years and reflect fair value and are not overvalued due to a more balanced marketplace with currently adequate supply and strong demand. All of this changes during a widespread recession, which is still several years away.

Sherry Cooper: I think that price increases will slow. Most of the rise has been in single-family homes because of a shortage of supply. In the condo space, price increases have been more muted. I like to look at MLS quality-adjusted data, so the numbers aren’t skewed by size of property. Those data show an 8.9 per cent rise in Toronto.

Elise Kalles: The worse things get around the world, either geopolitically or economically, the better Toronto looks.

Barry Cohen: Although the double-digit increase is significant, I believe it is a reflection of current tight market conditions, particularly in the single, detached category. The GTA has experienced a steady increase in average price since 1996, hovering at around six per cent annually, which is in line with the historic norm. Given the overall health of the market, I’d say that the market is not overvalued at this point, but several consecutive years of double-digit increases could lead to overvaluation in the future.

What are your expectations for the fall market?

Elise Kalles: High demand for well-priced homes in strong Toronto areas with a shortage of listings to satisfy the demand.

Sherry Cooper: The fall will continue strong, but over the next year, price gains will moderate.

Barry Cohen: Sales in the GTA are set to break the 2007 record of just over 93,000 in 2015 and could potentially exceed 100,000 if the current momentum is maintained. Close to 65,000 homes changed hands in the first seven months of the year. Economic stability within the GTA and low interest rates should continue to bolster activity throughout the remainder of the year.

Karen Stintz: I expect the market will heat up again until December. Generally, August is a slower month for transactions because people are away and the fall heats up again as people start looking for houses in the neighbourhood they want to live in.

Will mortgage rates head higher in 2015?

Sherry Cooper: Not in 2015. The Bank of Canada will not raise rates this year. But by the end of next year, mortgage rates should be at least 50 basis points higher.

Elise Kalles: No, the federal government is looking to expand the economy, especially in an election year.

Brad Lamb: Mortgage rates will fall again in the fall due to poor national economic growth.

Karen Stintz: I don’t expect that mortgage rates will rise in 2015 or 2016. The conditions that have caused the Bank of Canada to keep rates low continue to exist, so I don’t expect to see any increase in the near future.

Could the current recession, if it grows, impact public opinion regarding the real estate market and cause a correction?

Sherry Cooper: Not so much in Toronto. In Alberta, absolutely. Toronto’s housing market will be boosted by incoming Albertans, many of whom will be returning home. This is what happened in 1986 when oil prices collapsed. The influx of Albertans contributed to what became a housing market bubble in Toronto, which burst in 1989. How big that effect will be this time remains to be seen, but I am keeping an eye on it.

Brad Lamb: I don’t believe we are in a recession, rather a regional slowdown affected by oil prices being low. This is of course a debatable issue. Recession or no recession, what is relevant is how people and businesses feel. In Alberta it is quite bad. Ontario has a different situation altogether. I don’t believe that the oil issue will drag Canada into a widespread national recession, but it really depends on how long oil prices stay low and how the rest of the country fares.

Barry Cohen: While there are many differing views, the Bank of Canada expects growth to resume in the third quarter and exceed potential in the fourth quarter in tandem with a rebound in global growth. Against that backdrop, I suspect that the housing market in the GTA will continue to rattle and hum. In fact, recent volatility in the stock market may drive additional purchasers into the market, especially those seeking tangible assets like bricks and mortar. This is especially evident in the upper end of the market where sales over $2 million are up 51 per cent year to date.

Karen Stintz: I believe that individuals continue to see their primary home as a safe place to put their money, especially in uncertain times, so I do not expect that the recession will have a negative impact on the real estate market.

With a lack of single-family dwellings present in the bustling core of the city, many buyers are embracing the condo lifestyle. Where do you predict the next condo boom will be?

Sherry Cooper: It will be all the way up the subway lines. The Toronto government is encouraging intensification along the major public transit arteries, and that will continue wherever the building of condos is feasible. It would already be happening along the Danforth if the lots were bigger. Yonge and Lawrence and Yonge and Sheppard to Steeles are already hot. Even along Bayview condos are going up in droves, although they are not super highrises.

Barry Cohen: Condominium townhouses and apartments represent approximately 31 per cent of total existing sales in the GTA. That figure has remained relatively consistent for years but is expected to climb in the future, as the price gap between freehold and condominium ownership grows. Affordability will be a major driver. Look to up-and-coming hot pockets for condo growth, like Leslieville, Corktown/Distillery District, Queen Street West and perennial favourites such as Yonge and Eglinton, Liberty Village, King Street West and Yorkville.

Karen Stintz: The next condo boom will be along Bathurst and Lawrence. There are currently several condos that have been approved and are either in the process of being built or about to be built. There are also several other applications being considered. I expect to see some growth in that location in the coming years.

Elise Kalles: The areas surrounding Yorkville and Yonge and Eglinton and the downtown core. There will be larger units with more bedrooms to satisfy the many newcomers to Toronto who can not afford single-family, detached homes upon their initial arrival.

Brad Lamb: The entire city is experiencing a condo boom. All central areas that allow height and density will see huge development growth.