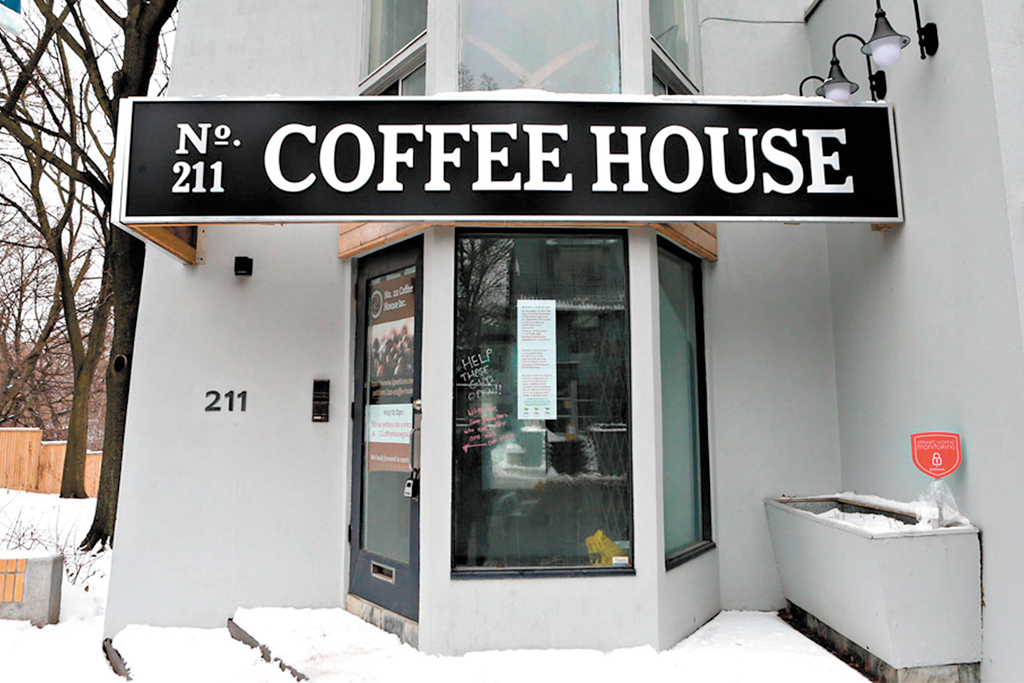 A local coffee shop that opened after over a year of legal wrangling is still facing legal challenges from a neighbourhood residents association that opposes it.

Sula Kogan had hoped to open No. 211 Coffee House, located at 211 Avenue Rd., in May 2019, when her business licence was rejected just before opening day due to a 1949 bylaw prohibiting restaurants in the area.

In July of 2019 Kogan applied to the City of Toronto for a minor variance to allow the coffee shop, which was approved by the Committee of Adjustment in November 2019, despite the objections of the ABC Residents Association as well as councillor Mike Layton, who wrote to the committee stating that the application is not minor in nature and should require a rezoning application.

The variance was granted with several conditions such as the prohibition of cooking facilities. In December 2019, ABC Residents Association appealed the decision to the Toronto Local Appeal Body (TLAB).

On Oct. 20, 2020, TLAB rendered a decision allowing the variance, with TLAB panel chair Ian James Lord writing that the variance to permit the coffee shop was minor in terms of importance and neighbourhood impact and that a coffee shop selling hot and cold beverages as well as foodstuffs not made or cooked on site is not a restaurant as defined by city zoning bylaws.

Kogan said she was finally able to obtain a licence and opened the coffee shop on Dec.18, 2020.

“We did get our licence to open right before Christmas. We did have a very soft opening. We just wanted to meet people in the neighbourhood. We were open for a couple of weeks, but then the lockdowns started up again, and we just couldn’t afford to stay open and make money to pay staff,” said Kogan. “We’re waiting for things to get back to normal a little bit so we can open.”

But Kogan said the legal fight is far from over, as ABC Residents Association is appealing the decision to divisional court.

“They have to apply with a motion to go before a judge and say, ‘We believe that TLAB was so wrong that you should unilaterally let us overturn it and let us start a new court process,’ ” said Kogan. “And that means if it’s granted to them they would throw out everything the committee of adjustment said, everything TLAB said and start a whole new process of a court hearing, in a regular court.”

“They wrote to TLAB and said our expert witness made a mistake,” said Kogan. “That’s what’s happening now, the process of reviewing it.”

In the review request to TLAB, ABC Residents Association noted that evidence presented by registered professional planner T. J. Cieciura, who was a witness at the hearing on behalf of ABC, had presented a definition of restaurant at the hearing that is no longer in force, as a bylaw outlining a definition based on the cooking of meals had been amended to “the preparation and sale of food and beverages,” and thus TLAB’s decision was based on faulty information.

Kogan estimates she has thus far lost about a quarter of a million dollars but still hopes to reopen when the COVID-19 situation allows for it, provided she is able to do so legally.

“If they overturn it, then we have to have a whole day hearing at TLAB again, and that just won’t be possible because we can’t afford to hire a lawyer to repeat everything again. So there’s a big thing hanging over our head on top of COVID,” she said. “It’s a lot of headaches.”

ABC Residents Association did not respond to a request to comment.