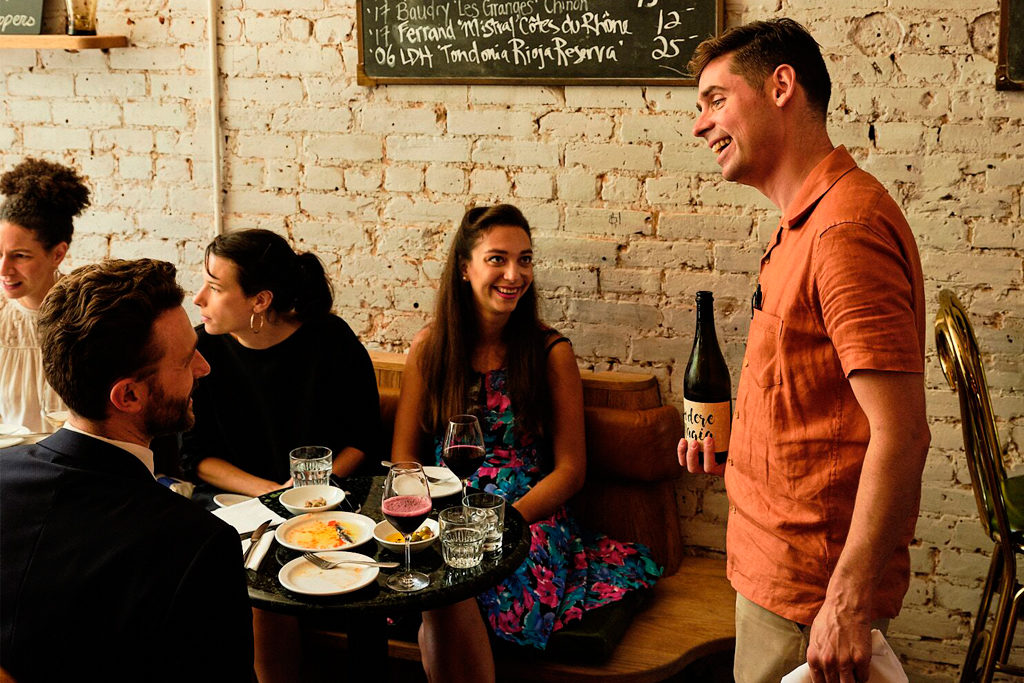 Is Grant van Gameren phoning it in? And if yes, does it matter?

When you have an ever-expanding little restaurant empire, being the chef, the guy behind the stoves every night, is literally impossible. Second choice is being the guy who drives around town at a ferocious pace (good luck in Toronto traffic) and checks on the food they’re cooking in all his places. Other than burnout, the problem with that is the disempowerment of the people you’re calling “partner” who actually do the daily heavy lifting in your/their restaurant. The uber-boss sticks his finger in their soup pot one too many times, and says it needs more of this and less of that, and artistic types (which restaurant people are these days) get hostile.

Could this be part of why Grant’s new Piquette is so meh, foodwise?

It’s being billed as a wine bar with small plates. To me, it doesn’t matter how small the plate is or if it comes with a buttload of awesome wine choices;  If I’m paying you for food, it had better be good. There is indeed a large list of interesting wines, and knowledgeable servers to do the sommelier thing. Except they can’t do it very much because they’re run off their feet cause Piquette is so popular.

As dinner unfolds, we start to wonder how much actual cooking is going on here. The duck lover parfait comes from Sanagan’s and its accompanying brioche is from Thuet. It’s pleasant, not ground-breaking. Same for the fish crudo, very fresh raw amberjack with celeriac, apple and chive. And for fennel salad with mint and tonnato sauce and with a few bonito shavings on top. And steak tartare. And turnip chunks with dandelion greens, basil and guanciale on taramasalata. Which I too can buy at a store.

As dinner unfolds, it does so painfully slowly because, the server says: “We filled up.” And that was a surprise?

Anyway, it gives us time to study the action (what there is of it) in the tiny kitchen behind the bar. The guy who greeted ‘n’ seated us and also took our order is behind the bar compiling people’s plates. I say compiling because, looking hard, we fail to discover visual evidence of cooking. Stoves? Cooktops? Not so much. We know they heat things up, but I do that in my toaster oven and don’t generally refer to it as cooking. Like $24 baked adoray (a soft Quebec cheese) with truffles. It’s been heated just enough to soften; the truffles are weird – ultra thin shavings lacking the usual punch of fresh truffles. Or the anchovy and butter toast – slabs of butter under an impeccable anchovy. Lukewarm. Very toaster oven. As is the other toast, straciatella  (the  creamy centre of burrata) atop spicy sausage.

If the greeter, seater and order taker is also a chef, how does that work? Extremely well, when you have a full restaurant and nobody’s complaining. A larder menu is a great way to make a buck without having to pay a fancy chef. But don’t try this at home kiddies. You need a big name to do it.