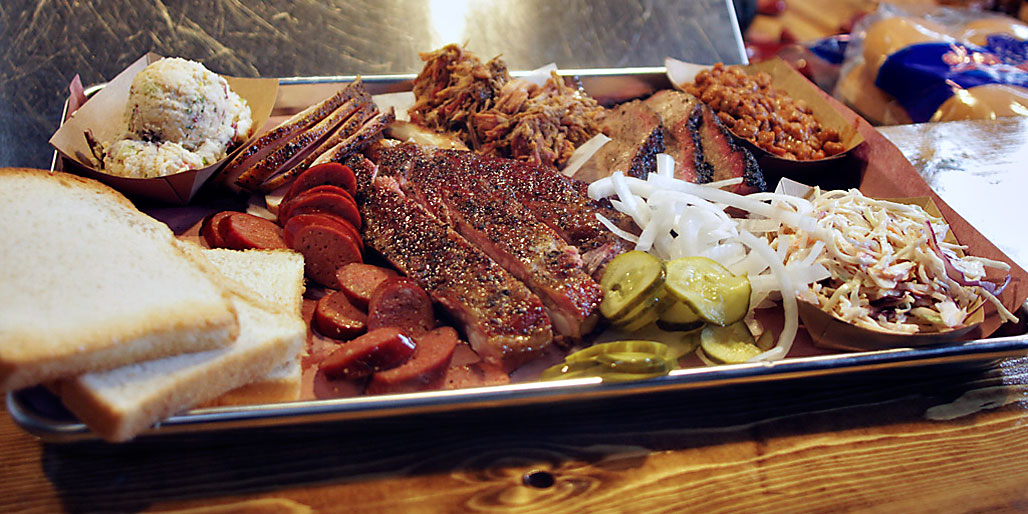 “We are different from other joints in Toronto,” Adam Skelly says with a touch of Lone Star-style bravado, “because we’re the only authentic one.”

He and his girlfriend, Alison Hunt, are the co-owners of Adamson Barbecue in Leaside. They serve a menu based on the classic traditions of central Texas: mainly beef, some pork, a little bit of turkey and very simple seasoning. It all comes from the Texas-made, 50-year-old Oyler smoker that can handle 1,500 pounds of meat. 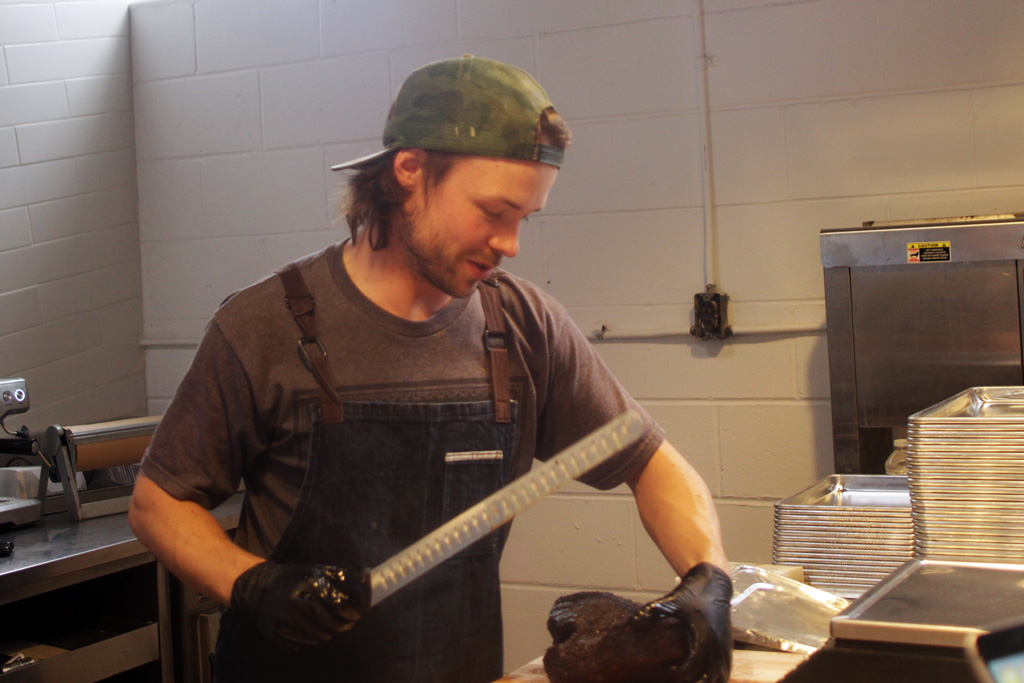 Adam Skelly picked up a love of barbecue as a weekend hobbyist while working for his family’s business. (IMAGE: DAVID ORT)

“I cook using only wood,” Skelly explains. “No gas, no electric heat, certainly no bags of wood chips or chunks. I order wood by the bush cord.”

Specifically, it’s Canadian sugar maple and oak that he feeds into his stick burner. In another local twist on tradition, he figured out how to install it so that it can be managed mostly indoors during the winter.

Skelly started his barbecue journey as a weekend hobbyist, but he decided to turn pro after successfully catering an office party. He used the deposit for his first wedding catering gig to buy the Stoke Stack food truck in 2013. Hunt bought out the other founding partner at the end of that year.

The catering experience, as well as a couple trips to Texas, have helped Skelly hone his craft. 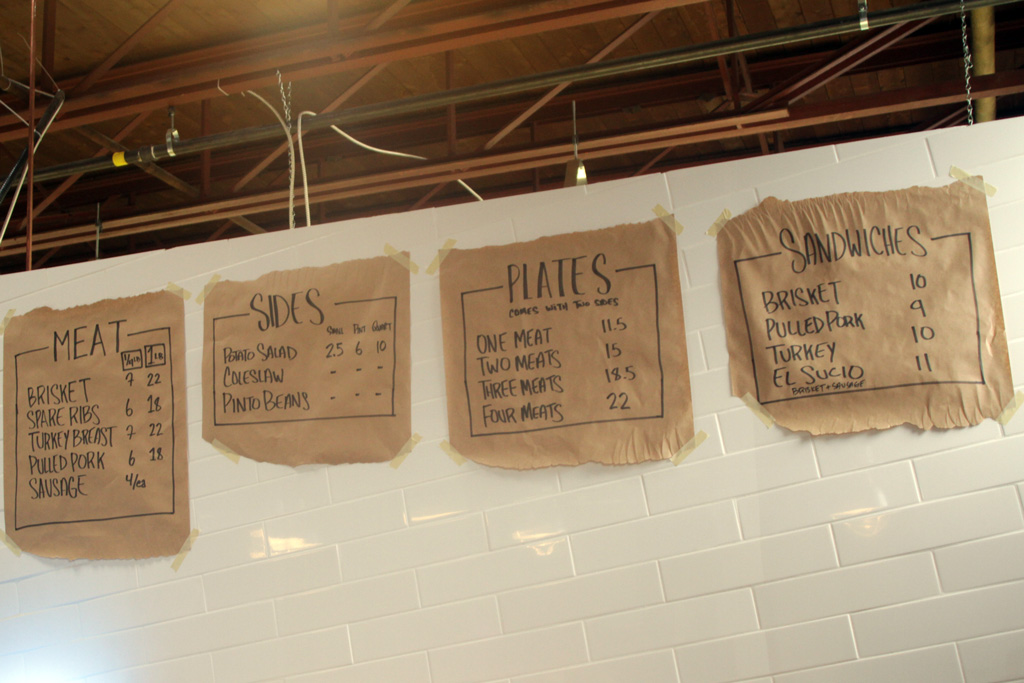 The potato salad and coleslaw generally play by the Texas rules, but the pinto beans — which are cooked in rendered brisket tallow, and have more onions and jalapeño than usual — differ from the standard. 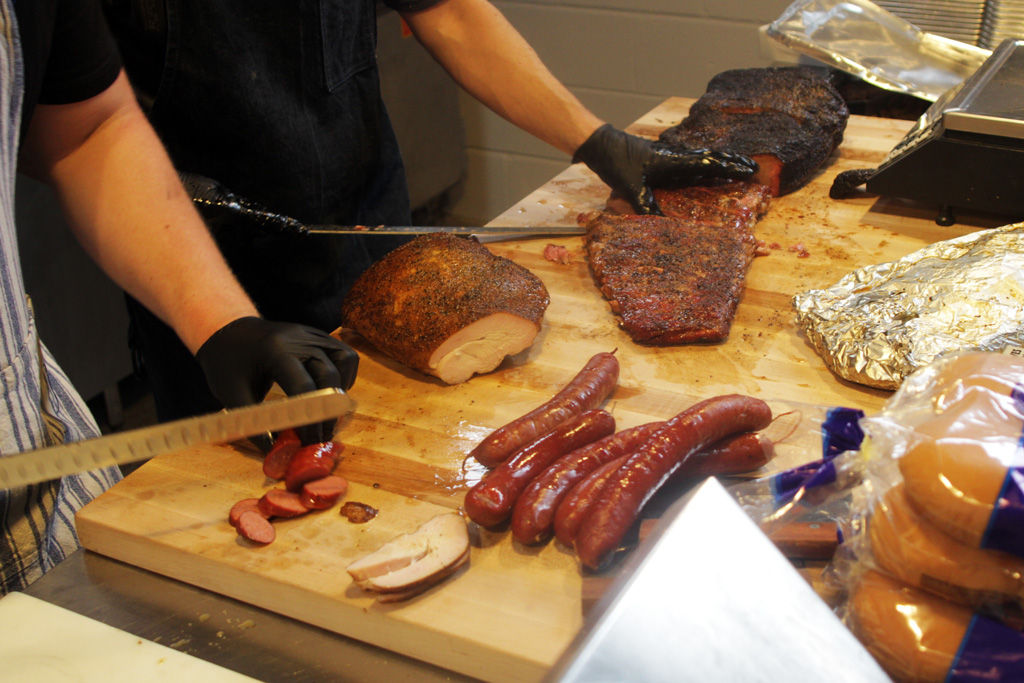 Only serving at lunch means that all of the meat is sliced fresh from the smoker. (IMAGE: DAVID ORT)

The opening hours are a bit of a sticking point for Skelly. As is Texas custom, he's only open for lunch, starting at 11 a.m. “This takes time,” he intones,  “and you can’t just add a second service. We’re only open for lunch in the name of quality and doing it right.”

As for the competition who use sous vide, steam tables and a quick reheat on the grill to offer all-day barbecue, he says: “When you’re putting it on a stack of creamed cauliflower, you can cover up all that.”