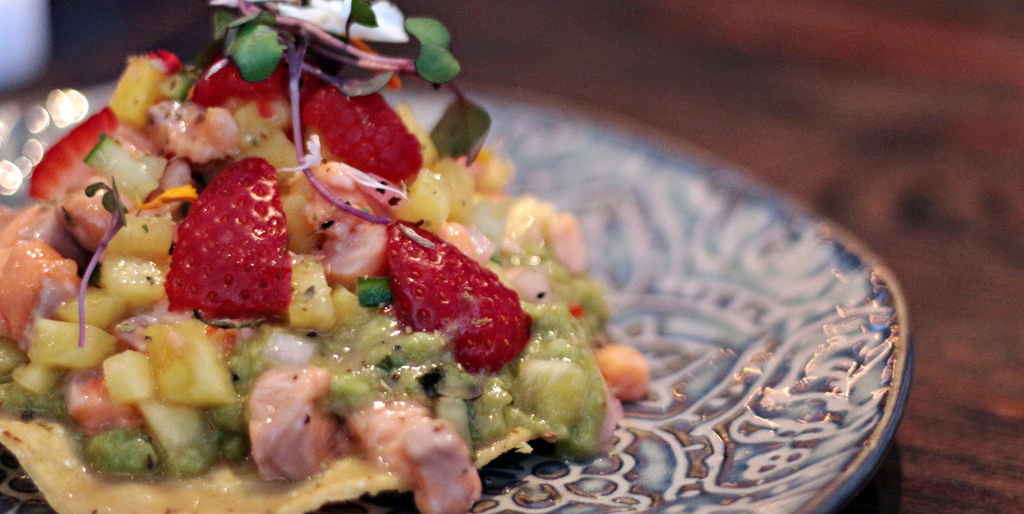 Sebastian Gallucci is no stranger to Toronto’s dining scene — it’s in his blood. His father, Sam Gallucci, opened Toronto’s first Argentinian restaurant, Martin Fierro, on College Street back in the 1970s. He’s blazed through the streets with his food truck, Che, and Ama is the continuation of his journey to bring “love and culture from Argentina to Toronto.”

“In Toronto, they don’t really want you to succeed as a food truck,” says Gallucci. “I used to wake up at 6 a.m. every morning just to find a good spot but now I go shopping every morning to get the day’s ingredients,” he adds. 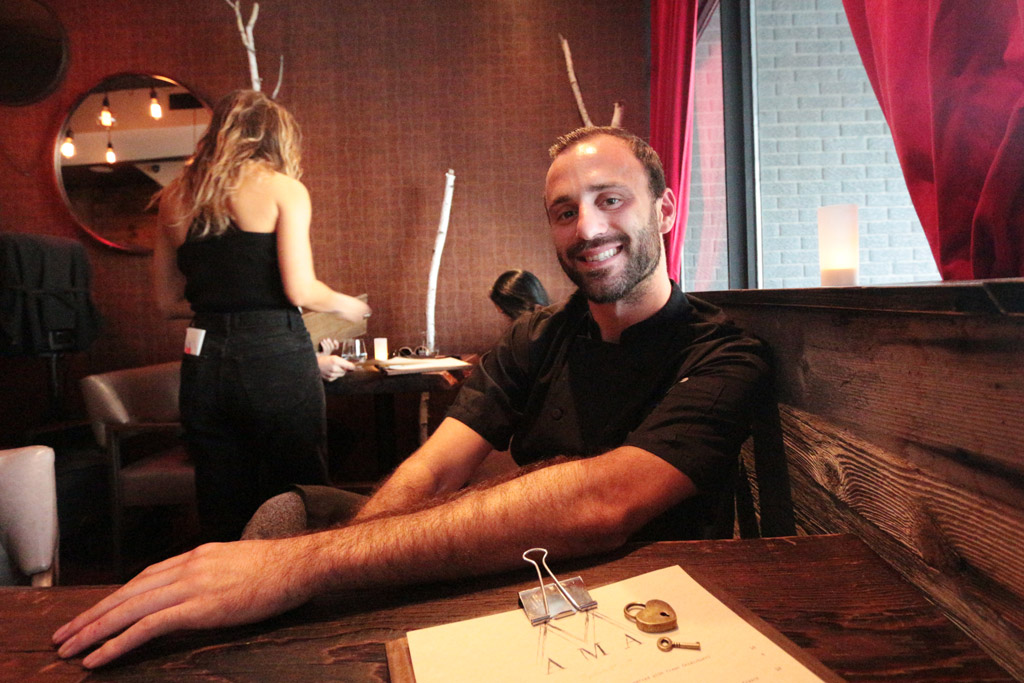 Before you mourn the loss of Gallucci’s signature items, the Chori-Pan ($13), a chorizo sandwich topped with chimichurri has found a permanent spot on the menu and is a nod to his Che days.

His signature guacamole (which was crowned best guacamole at 86’d Mondays at the Drake) makes an appearance in his Mar de Plata ceviche ($17), featuring a daily seafood selection, such as rainbow trout atop a corn tostada with cucumber, strawberries and pineapple. And yes, there are empanadas (2 for $10, or 2 for $9 for the vegetarian option). 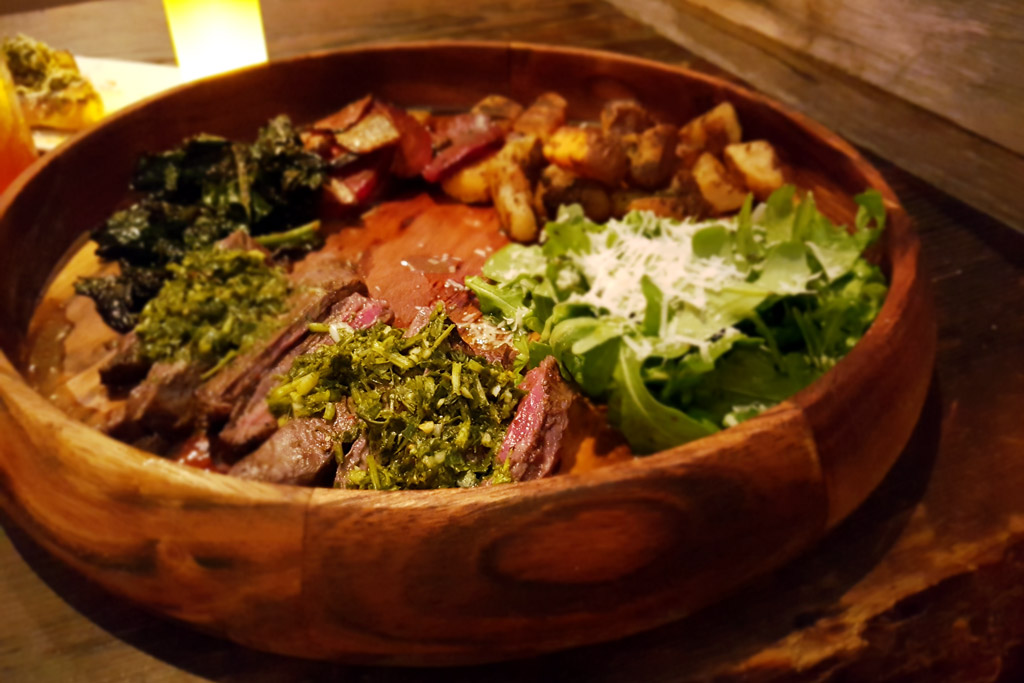 For shareable plates, one cannot miss the carne. While in most Spanish-speaking countries carne refers to meat, in Argentina it is synonymous with beef. The 7-ounce entraña ($32, a cut of skirt steak unique to Argentina and flown in via Air Canada) is served with a daily selection of sides such as roasted potatoes, a trio of beets, crispy purple kale and arugula salad.

“It tastes like butter and is naturally raised,” says Gallucci about Argentine beef. Those who want to splurge can opt for a 10-ounce ribeye for $48 with the same seasonal sides. 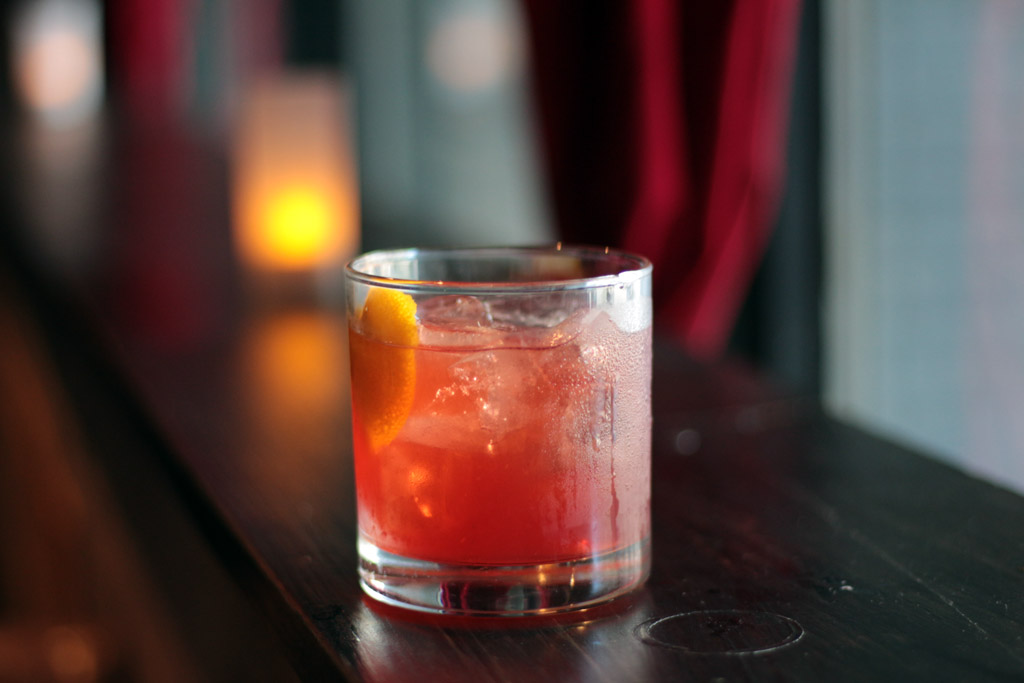 While there is a short list of Italian wines and beers by the bottle, there is no cocktail list. The bar’s creations feed on Gallucci’s style of “changing things up every day” and his creations are “personalized” for every customer. Most cocktails ring in at $14 a pop; just pick your poison. If it’s bourbon, you may end up with a Boulevardier-inspired concoction of muddle grapefruit, homemade beet syrup, Campari and Aperol.

Ama is the Spanish word for love and refers to Gallucci’s love of food and his business partner (and best friend of 25 years), Mike Mizzi’s love of music. The inspiration for their Queen West spot came when the pair vacationed at Mar del Plata together and chanced upon a space that inspired them with its rustic, warm ambiance and great tunes. There is a DJ (sometimes Mizzi) who spins tunes every night.  “We want to change the way people experience food, drink and music in Toronto. We’re about creating beautiful food with a great vibe,” says Gallucci.

Together with the help of friends and family, Gallucci and Mizzi renovated the space themselves. The furniture and bar will look familiar, inherited from its predecessor Cadillac Jenkins (the short-lived Caribbean snack bar), but the walls have been given a coat of deep, dark, red paint that makes the room feel like an asada joint and every table gets a love lock which one can affix to the wall at the front of the restaurant. There’s also a wooden piano that doubles as a DJ booth as well as accents of candles and birch branches throughout.

For dessert, they serve soft alfanjores cookies made with gooey dulce de leche, a caramel that is said to be to Argentinians what jam is to North Americans.