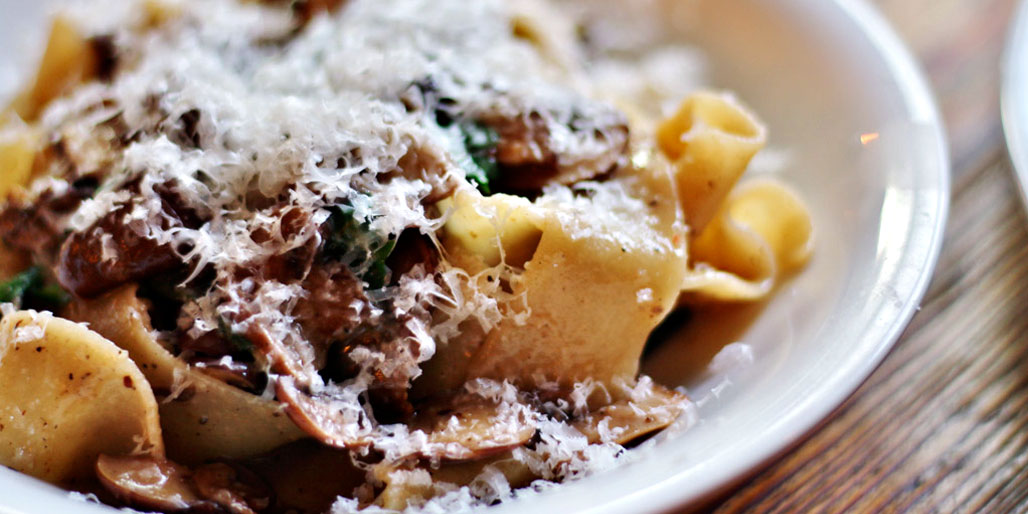 It seems the team behind Lil’ Baci likes to open restaurants built to connect with their neighborhood. Their Italian eatery calls Leslieville home. Then partners Mark Baci, Suresh Singh and Riyaz Somani went on to open BOB Coffee Bar at Davenport and Christie with Brandyn Koester, who is the executive chef for all their joint ventures. Annabelle Pasta Bar, the third addition to the family, opened just around the corner from BOB.

The name is a portmanteau of “Anna” (Baci’s mother’s name — she passed away while the partners were renovating the restaurant) and “belle”, which is French for beautiful. For Baci, Annabelle would be embodied as an “incredibly beautiful, powerful woman you would be lucky to call your own, who can also cook like a God.” 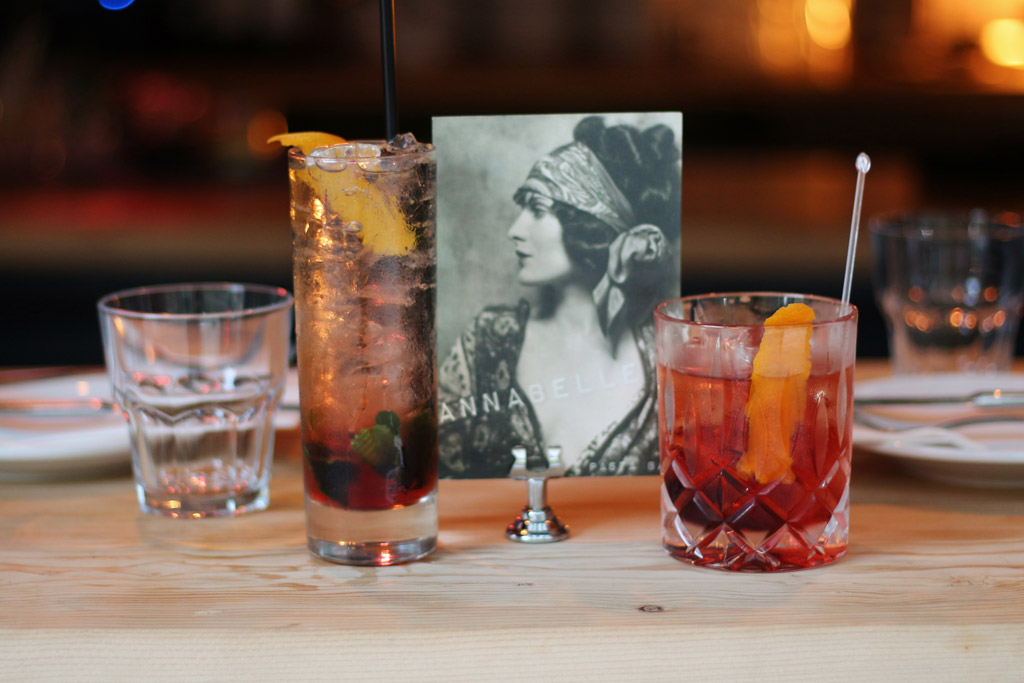 They’ve also chosen a photo of a rather bohemian female as their pseudo mascot if you will. “The Annabelle in the postcard has a little mystery to her. You’re attracted to her and you don’t know why. Then you try her food and you fall in love with her. She creates the type of place you never want to leave. The design reflects that attitude – comfortable and sexy with a giant heart,” Baci adds.

When Baci and Koester first stumbled upon the space it was nothing more than a garage with a dirt floor. “There was a lot of drawing on napkins,” says Koester about conceptualizing their two-storey spot. Inspiration for the design comes from spaces Baci loved visiting: New York’s Spotted Pig and Tre Scallini in Rome to name two — both of which are “neighbourhood places.”

The idea was to create a comfortable space with a little “old world” feel and a great downstairs bar and open kitchen. There are antlers on the wall, a relic from the now defunct Lil’ Baci midtown location, and black and white family photos showcasing many milestone moments of the Baci family as you ascend the stairs to the second floor dining room.

On the food, Koester says “I got tired of going out for expensive food. We wanted to create a neighborhood joint where you can go out three or four times a week without breaking the bank.” The menu changes often to keep things interesting for the regulars they attract. 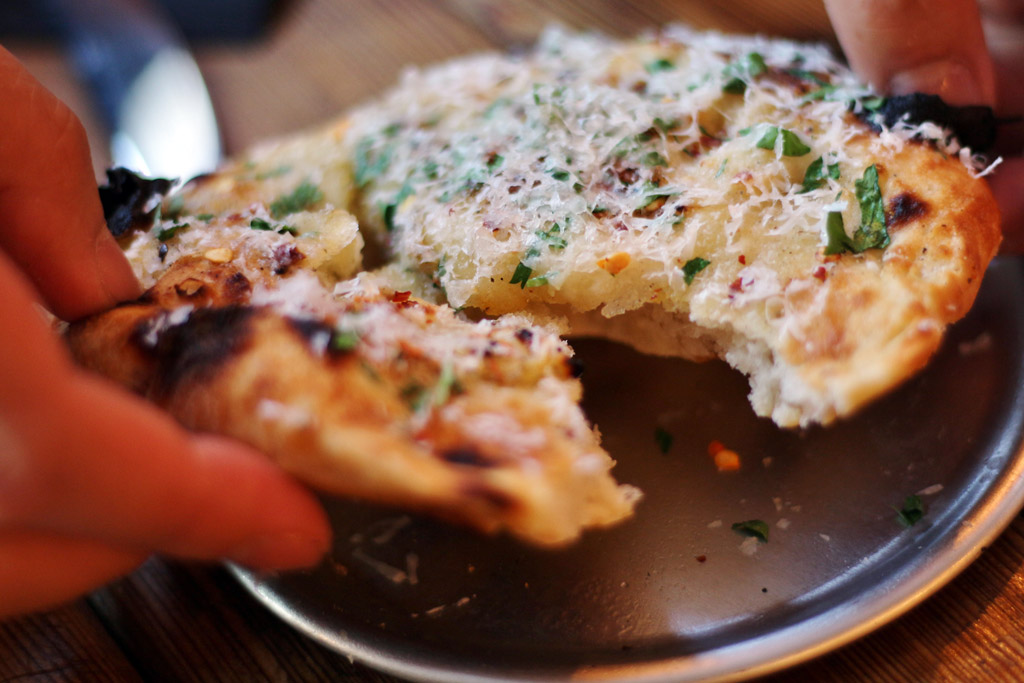 For starters there’s a chalkboard of specials, like the daily burrata or daily vegetable feature; there is a rotation of three to four daily pasta dishes ($10), which are the focus here at Annabelle.  “The menu complements the pasta,” says Koester. It features a section of snacks and small plates as well as a po di pane which Koester describes as a “naan-traditional” pizza alluding to its likeness in texture to the Indian staple. “It’s like all the best parts of pizza without eating the whole pizza,” he adds. It’s perhaps also a nod to his first job in the industry: dishwasher at Raja’s in Stratford.

At Annabelle, they like their puns; one of their most recent pasta specials was a tongue-and-cheek ragu. 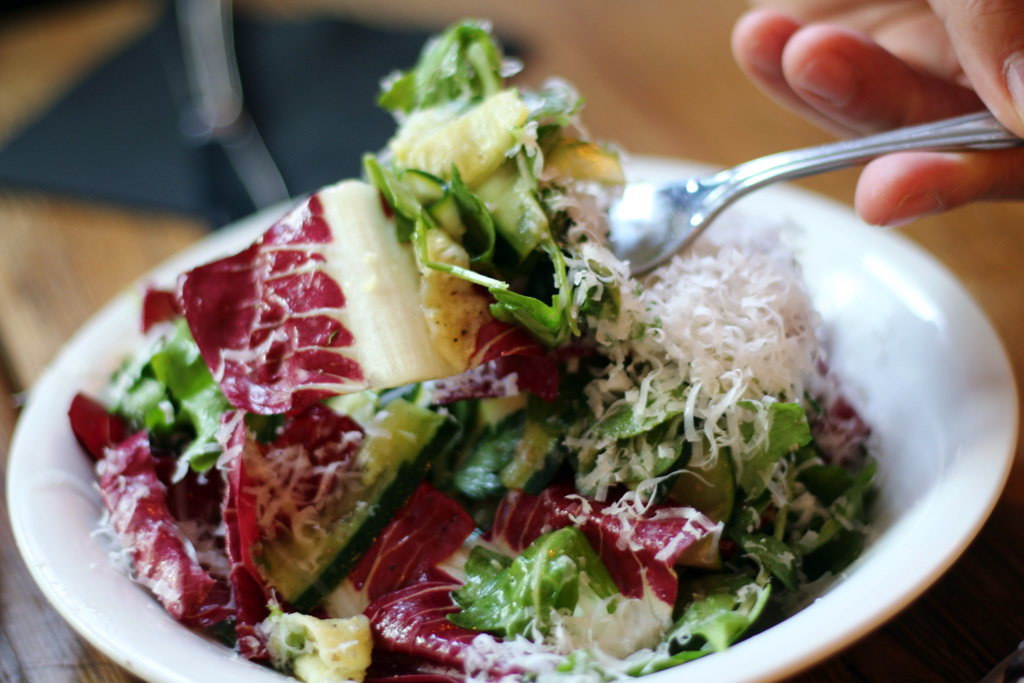 The liquid menu is negroni heavy, and with the exception of the Boulevardier, exclusively features gin from Dillon’s, a distillery based in Beamsville in Niagara. The wine list is strictly Italian and will rotate monthly. There’s a short list of beers that is split 50/50 import and local craft. Their happy hour is perfect for the night owls with $5 beers, $6 wines and $8 Negronis nightly.