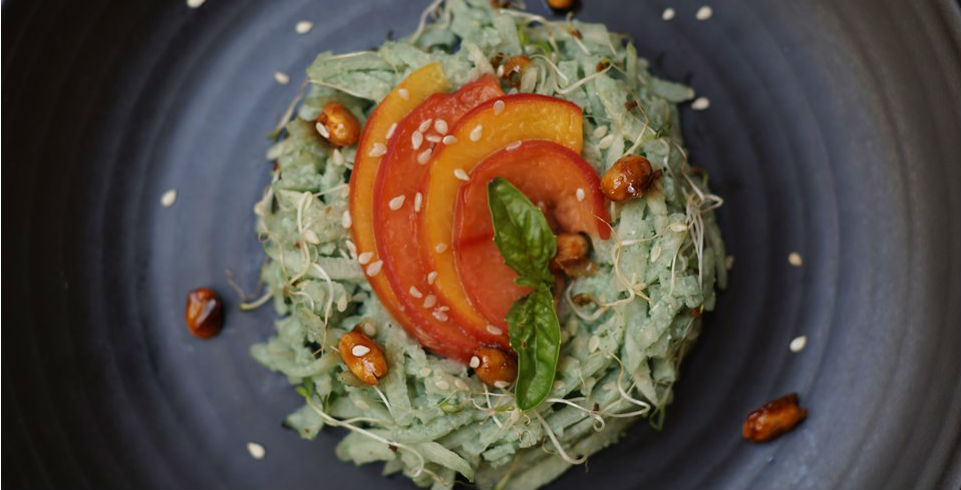 Avelo is a plant-based restaurant born out of Awai, a pop-up vegan restaurant that garnered critical acclaim during its two-and-a-half-year run. The Awai team has made a permanent home for their concept with Avelo, a 22-seat restaurant set on the first floor of a historic home near Yonge and Wellesley. Avelo features fixed five- and eight-course tasting menus that focus on seasonal, vegan fare. As you might expect, dishes rotate regularly at this high-end spot, so you’ll never know exactly what you’re getting until it’s on the table in front of you.