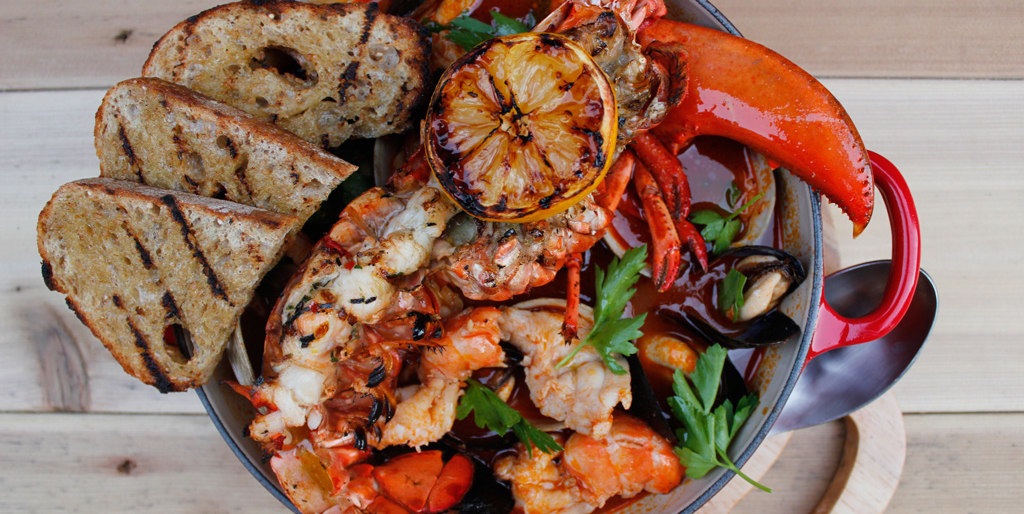 It took a series of seemingly unrelated events to bring Nicki Laborie back to the restaurant industry. The former owner of View The Vibe, now Vv Magazine, had been laid up with a broken leg that put her out of commission for six months. Forced to lay off employees and reassess where her publication was going, she received a timely call from Style Democracy who was looking to merge with her magazine.

Serendipitously, she learned from a friend that Caren’s Wine Bar was closing and the property – one that held special significance to her – would be up for lease. A decade removed from the restaurant floor, where she spent her early career managing bars and restaurants in Toronto and St. Maarten, the opportunity to own her own restaurant drove her out of bed and back to the biz: and so she opened Bar Reyna. 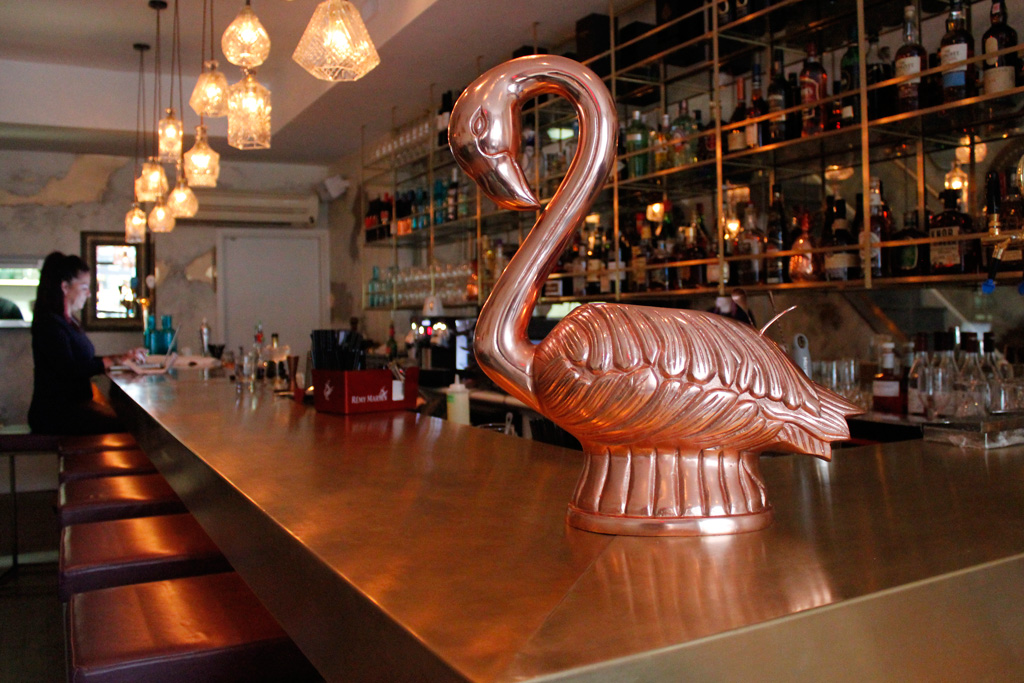 Though French by birth, Laborie didn’t want to compete with the swarm of high quality French restaurants in Yorkville, and sought to bring a new flavour to the neighbourhood. Bar Reyna focuses on Mediterranean fare, with cocktails at the forefront of the concept.

Spread over two floors, the vibe was honed by Solid Design and Build (Valdez, Dailo) with a cocktail bar on the main floor and dining room upstairs. The well-known back patio at 158 Cumberland is a 4-season affair, thanks to the addition of a retractable glass roof.

Bartender Mana Moghadam (Little Sister, Blowfish) crafted a playful cocktail menu, propelled by house made infusions, syrups and tinctures accompanying tongue-in-cheek names. Her Royal Highness ($30) is a shareable 4oz blend of Mt Gay XO, Elyx Vodka, saffron, cardamom and rosewater syrup, orgeat, grapefruit and citrus, served in a frosty copper pineapple. The Mezcal Smokeshow ($18) balances sweet, spice and smoke between Cointreau and Tromba tequila, cayenne pineapple syrup and mezcal and Hawaiian black salt. And whether you’re in need of a pre or post meal pick me up, the 5am in Mykonos ($16) will set you straight with Mt Gay Black Barrel, Averva, orgeat, espresso, coconut cream and mole bitters. 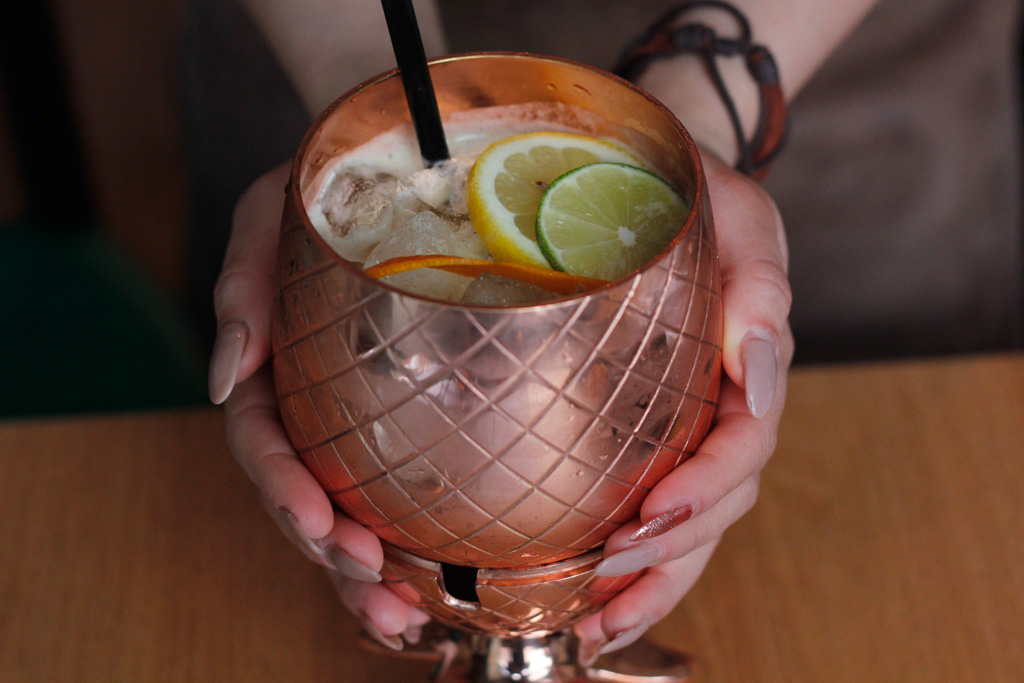 At four ounces of spirts and $30 this cocktail is definitely for two (IMAGE: JASON FINESTONE)

“You can tour the menu, from Turkey to Spain, Lebanon to France, Greece to Portugal,” Laborie explains, as she recounts her edible experiences travelling in the various regions. “Omar really elevated my ideas for the menu and made them much better.”

Dinner guests enjoy a selection of small snacks and pintxos, like spinach and feta borek ($10) with whipped honey yogurt, and shrimp fritters with lemon aioli on a butter biscuit. Steak tartare ($15) is ground in house from Prime Reserve USDA ribeye and served in a millefeuille cone.

Their signature dish, part of the Go Big or Go Home section is a luxe Portugese seafood stew called Cataplana ($58), loaded with a half BC lobster, shrimp, clams, mussels and monkfish in a roasted red pepper Lisbon sauce. 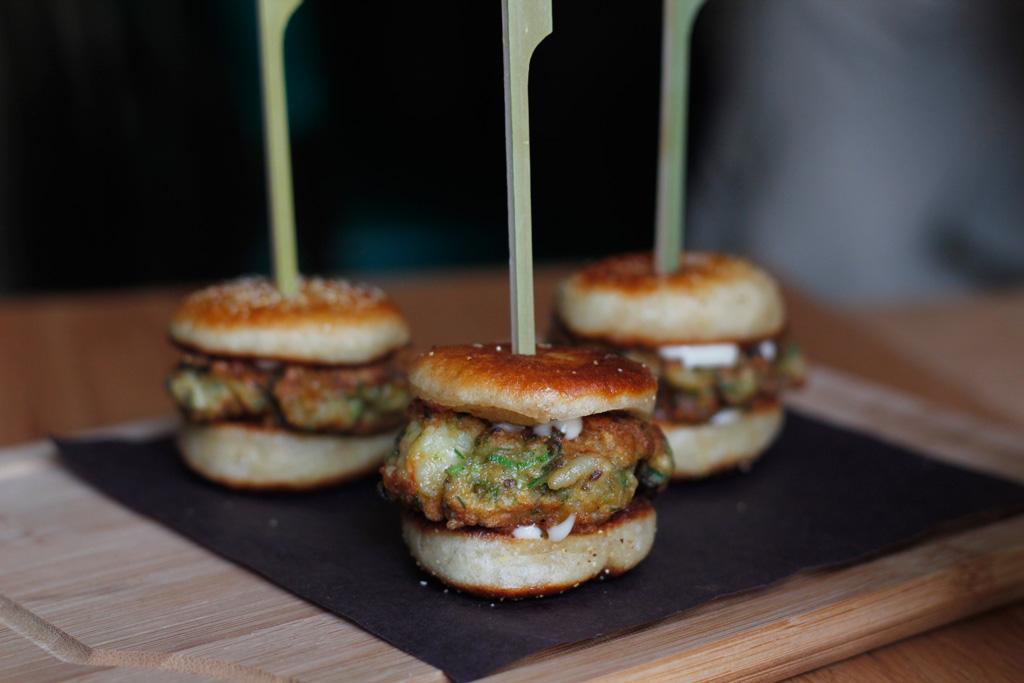 At night, the menu is pared down to a dinner and snacks selection including blue point oysters (six for $20) and five types of fries (all $10):  Greek, Arabic, French, Spanish and Italian — each comes with regionally appropriate toppings and dipping sauces.

Laborie is confident that Bar Reyna is a one-of-a-kind experience in Toronto, and surely the neighbourhood.