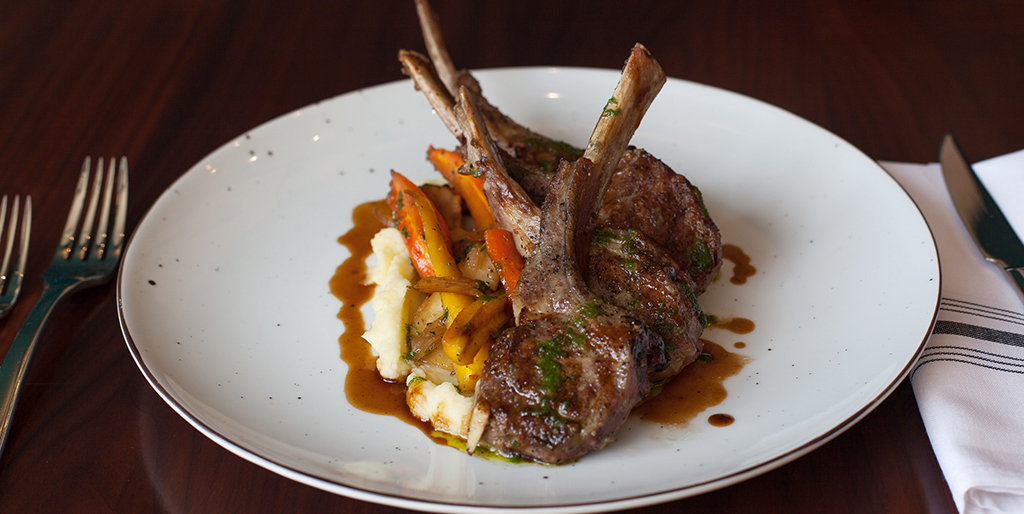 Some restaurateurs get into business for the money, for others it’s a passionate affair and a way of life. Michelle and Herbert Barnsteiner fall safely into the latter category and one chapter of that love story takes place at Yonge and Balmoral Avenue. 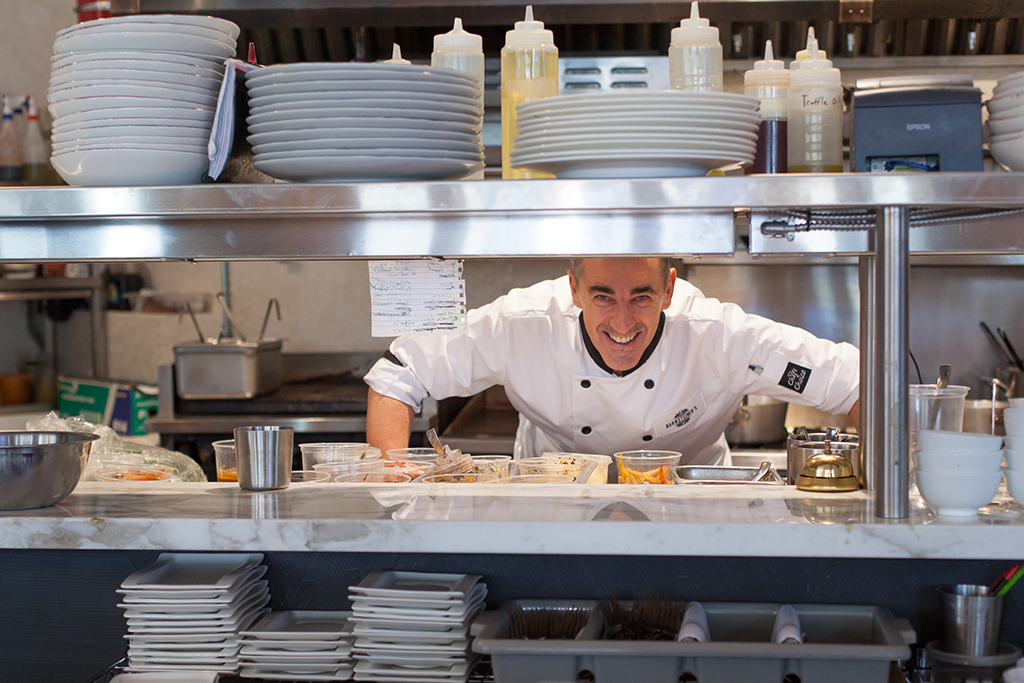 Chef Herbert Barnsteiner heads the kitchens at the new restaurant.

Michelle and Herbert are that rare couple that can co-exist in the pressure cooker environment of kitchen life, having honed these skills during a solid 15-year stint as owners of the Corner House. They sold it back in 2014 and took a year off to travel to Europe with their teenage sons. Upon returning, they swiftly scooped up John & Son’s when they heard it was for sale. “Once I saw the corner spot with all the floor to ceiling windows, I knew it was meant to be ours,” gushes Michelle. 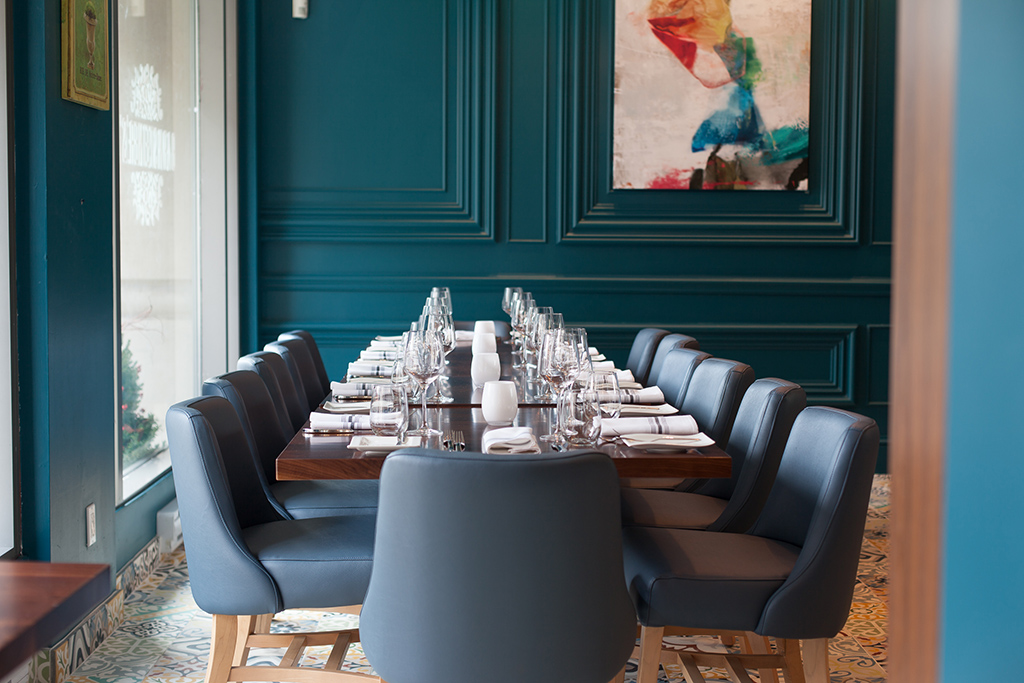 The space, which underwent a facelift in only ten weeks, was designed by Moncur with Anjinnov overseeing construction. Inviting and eclectic, the room is lit by natural daylight and freshened with pops of teal and distressed barnboard features. Walnut tabletops that were kicking around pre-reno were brought back to life by Kobi’s Cabinets. Leather high back lounge chairs make lingering over drinks an easy assignment.

The food is also comfort driven: Herbert is a master in this realm, with a CV that spans decades as well as countries. He immigrated to Canada in the 80s when Mövenpick pocached him from a two-star Michelin restaurant in the Black Forest. He eventually ended up at Jump, and then settled in at Corner House.

Michelle maintains front of house duties, and as a former singer sees the restaurant as an extension of her years in entertainment “the room is like a stage for me, the customers are our audience. Our motto is that you come in feeling good and leave feeling great.”

Great feelings are easily achieved at the well-stocked bar. Beers are on tap and in the bottle with some tried and true local brews like Steam Whistle mingling with imports like Murphy’s Irish Stout. Wines are from all over with nods to California and France and Italy. 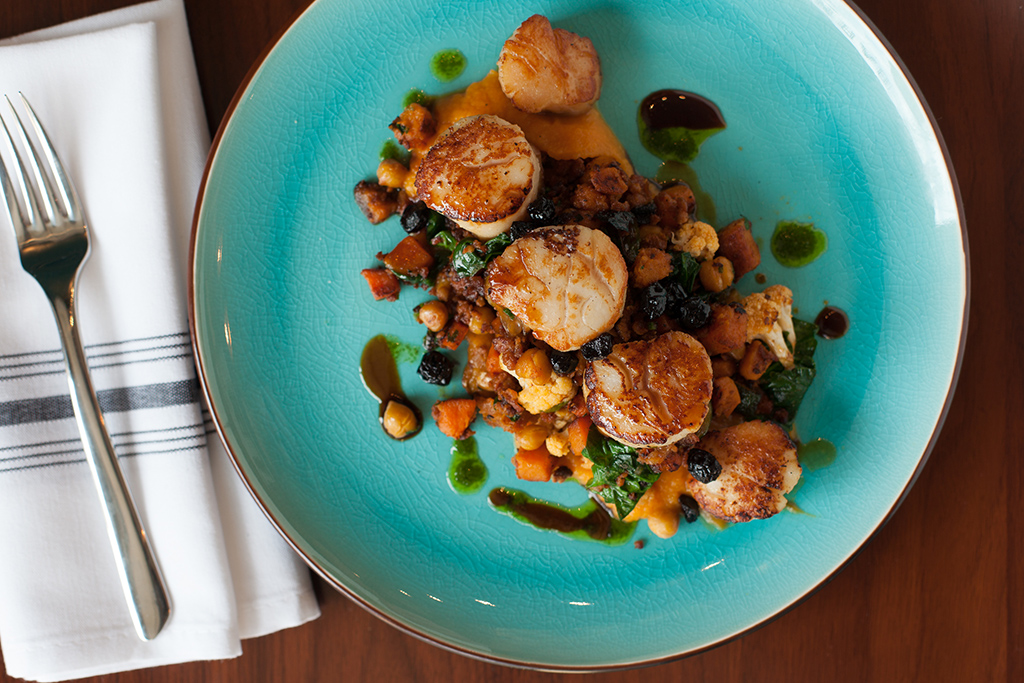 Pairing wines with the food of the same region is always a good system and the menu created by Herbert channels his roots and casts little doubt on his culinary leanings. Dotted with eats from Central Europe, spanning a little Swiss, German, Italian and French, the menu is concise and as one recent diner commented “finally, food I can actually understand.” The menu is approachable and cohesive with no straying away from his cooking origins and vision for the restaurant.

Knodles ($21) are a familiar favourite. Three moist bread dumplings come stuffed with colourful ingredients: red from beets, white from smoked bacon and spinach makes a perfect green. The combination is meant to resemble the Italian flag, which is fitting because the dish is inspired by the northern Italian cuisine. A pool of brown butter, parmesan cheese and a generous herb garnish complete the dish.

The Marinate ($13), or beet salad is another vibrant dish. Chunky beets are marinated in Dijon, salt & pepper, sugar and olive oil and arranged with a hearty crumble of goat cheese and mixed leafy greens making it an ample salad.

Tender Wiener Schnitzel ($22) is hand pounded to order and coated with the basics; flour, egg, and breadcrumbs and then pan seared quickly resulting in a juicy veal cutlet.  Served with it are traditional Austrian sides, creamy potato and cucumber salad and a single lemon wedge.

Seasonally inspired veg pairs well with the Sea Scallops ($28), which are served on butternut squash and sweet potato puree, with bits of sausage, and balsamic soaked sultana raisins. 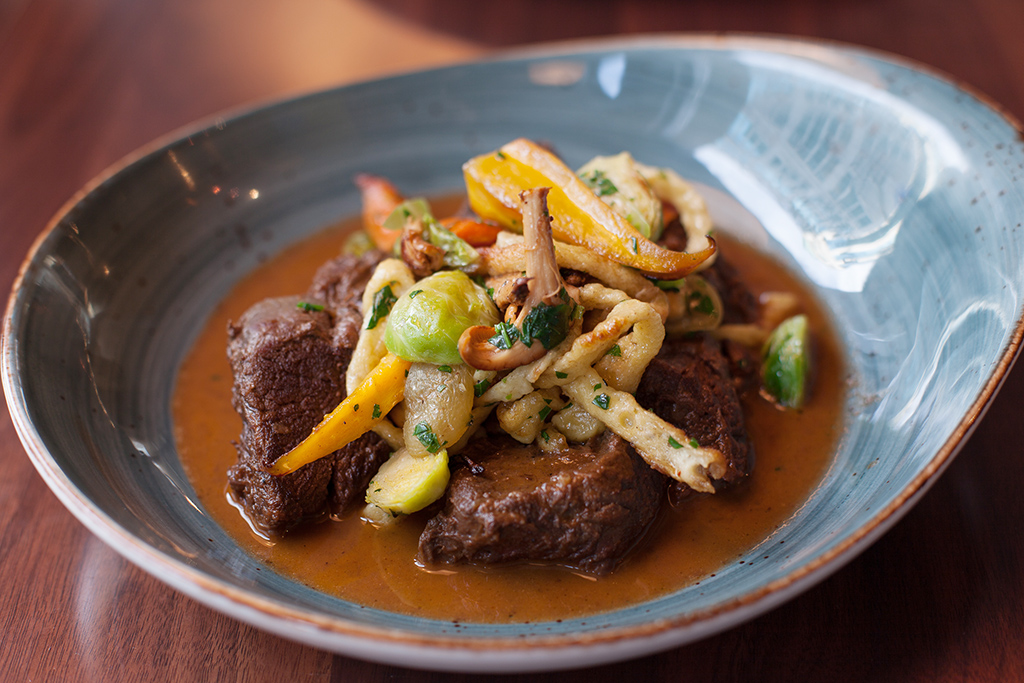 Herbert slow cooks his venison ($26) for over eight hours.

Slow braised for eight hours, the Venison ($26), is anything but gamey and fork tender. It's matched with spätzle and more veg.

Chef Herbert also manages the pastries, a popular program he ran over at Corner House. Here, his Lemon Curd ($9) comes slightly deconstructed with bits of pie crust and burnt meringue stars making a modern take on a classic dessert.

In warmer months there is a twenty-four seat patio facing onto Yonge Street, a welcome addition to the neighbourhood. In the winter, the 100 or so seats inside suffice. But given the devoted following the Barnsteiners have built over time, you may just want to book your table ahead.