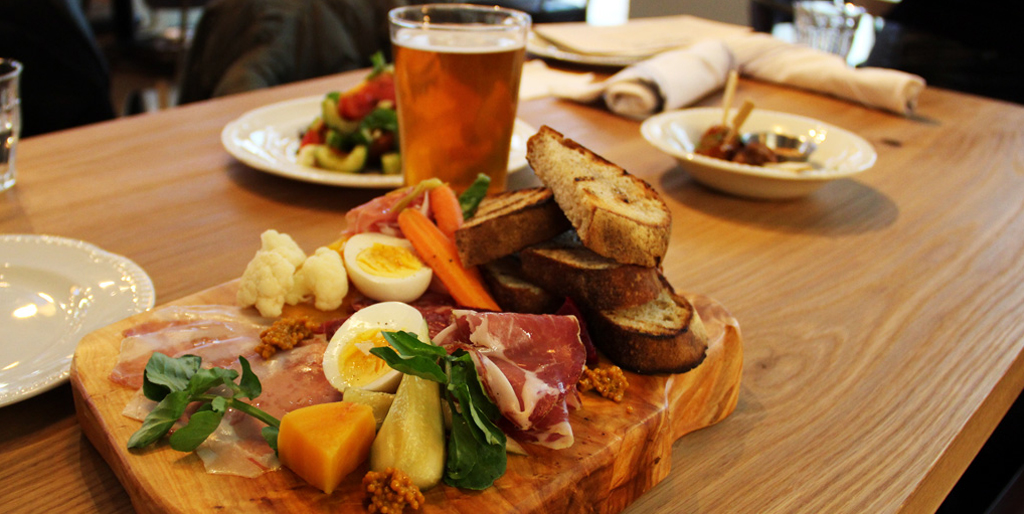 Once a building gets brewing equipment in the basement it’s nearly impossible to get the brewers out. That definitely seems to be the case for the edifice at Victoria and Lombard.

Denison’s was there for over ten years until 2003. Michael Duggan took over in 2010 and had a go at the brewpub idea there until 2011. MolsonCoors moved in in 2012, and really, they’re still there, but this is where the ownership chain gets (even more) complicated. Their Beer Academy was the home of Molson’s Six Pints division, which controls craft brands Creemore and Granville Island. In late 2014 they closed Beer Academy and rumours spread that it would become a Creemore pub. Enter Batch by Creemore in spring 2016.

Batch has a strong emphasis on the food side of the operation. INK Entertainment and Icon Legacy operate the restaurant business at Batch, and they put Ben Heaton (Citta, The Grove) in charge of designing the menu. To explain the menu, Kristen Hunter, senior publicist at INK, says, “They wanted to take the mentality of the farm and of Creemore Ontario and bring it into downtown Toronto.” 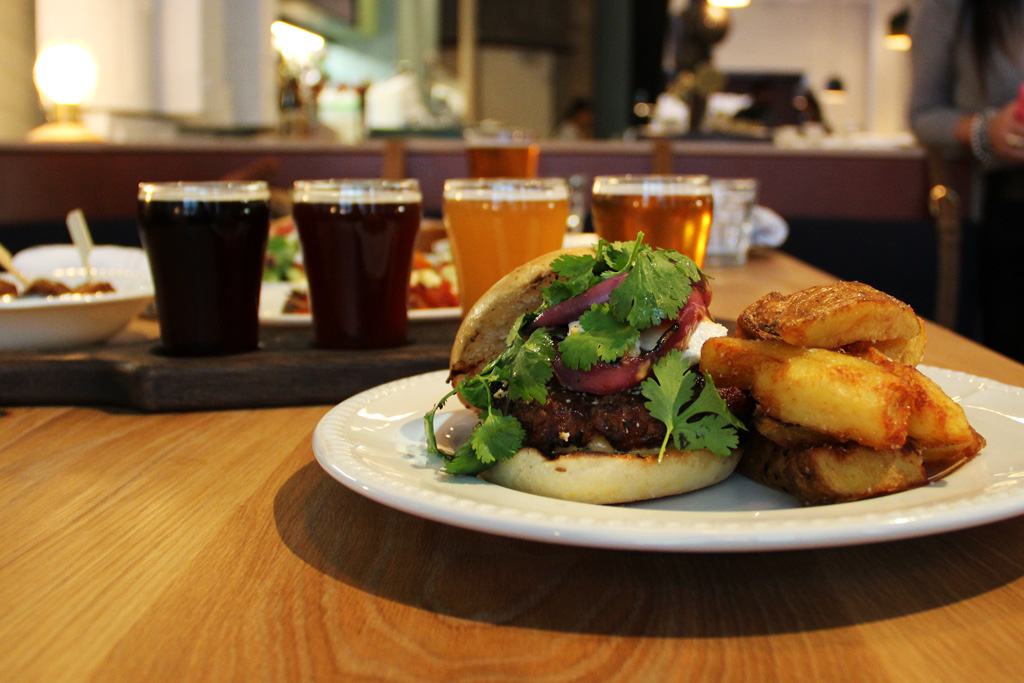 General manager, Fritz Wahl explains that the fries are triple-cooked, only the last time in oil (IMAGE: DAVID ORT)

The local and farm-to-table theme includes the food shop, where the shelves are stocked with products from the likes of Kozlik’s and Walter Caesar.

Batch’s beer is a combination of the seasonally current offerings from Creemore and six rotating house brews. Head brewer Andrew Bartle leads the team that produces what he hopes are “good and consistent beers, but that have that really fresh personality behind them.” 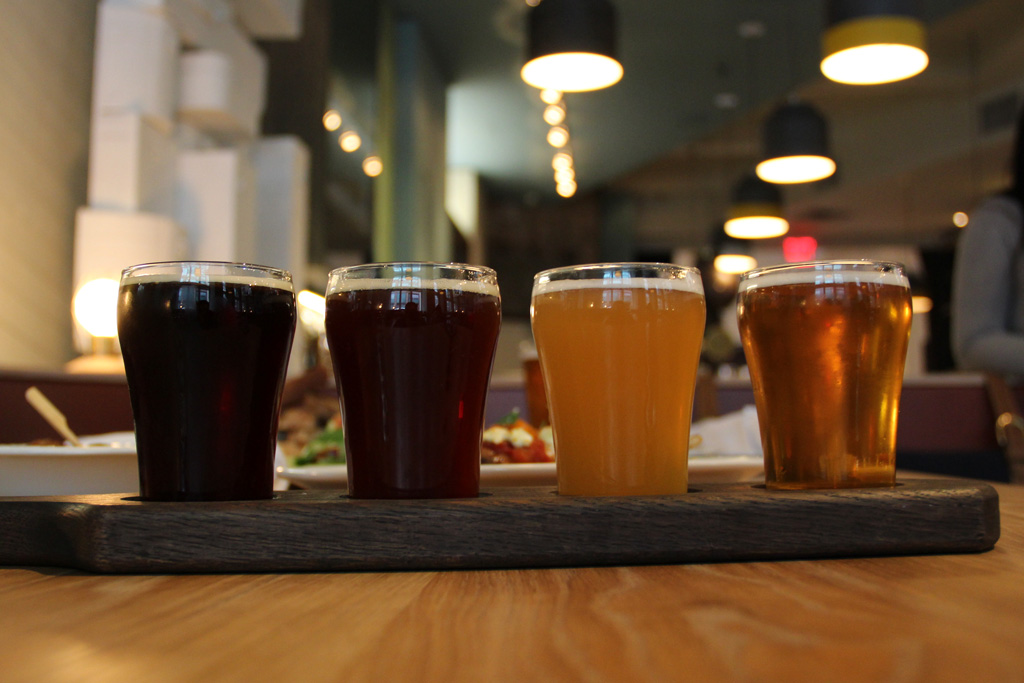 Customers can choose which beers to include in a flight of four 7-oz. pours (IMAGE: DAVID ORT)

The core Batch lineup includes a pale ale and an IPA (both with American hops), a cream ale, a witbier, a porter and an Irish Red Ale.

Batch has a seven-barrel system that, going full time, could produce 1,000 hl, or about 175,000 pints, per year. That sounds like a lot, but is actually quite modest compared to Toronto’s larger craft breweries that do 50 times as much.

Toronto restaurant designer +tongtong led the renovation that opened the space up and applied Creemore’s country-mouse aesthetic. There is room for 130 to sit upstairs, and the basement space can be rented for events of up to 100 guests. 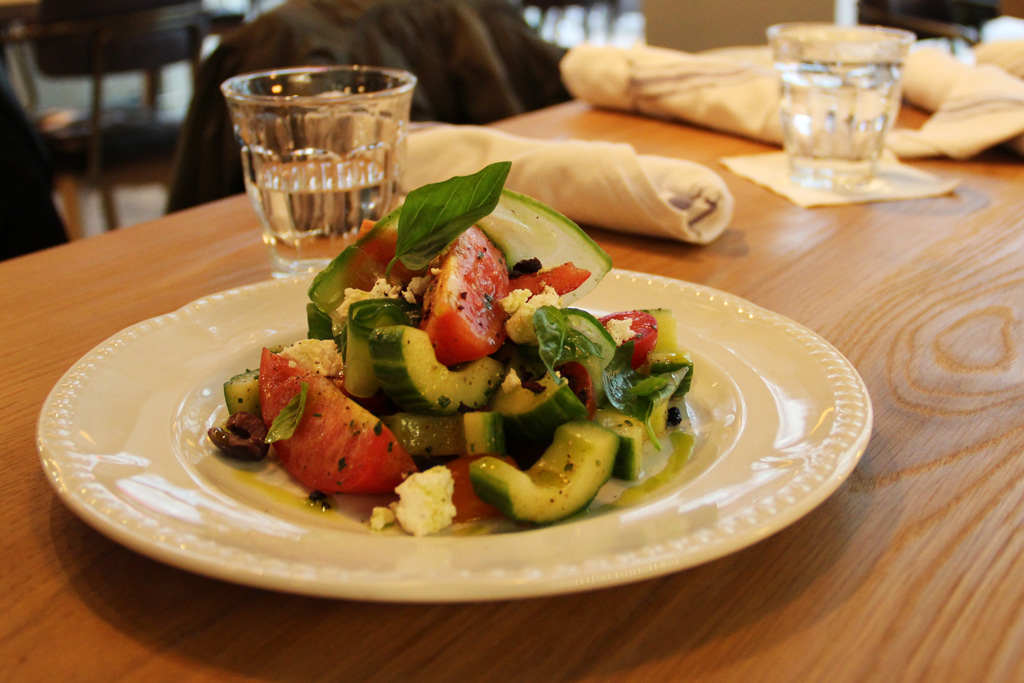 To wave the Batch flag at beer events and other festivals at summertime a food truck (called the Batch-mobile, naturally) is used to serve beer and soft-serve ice cream.