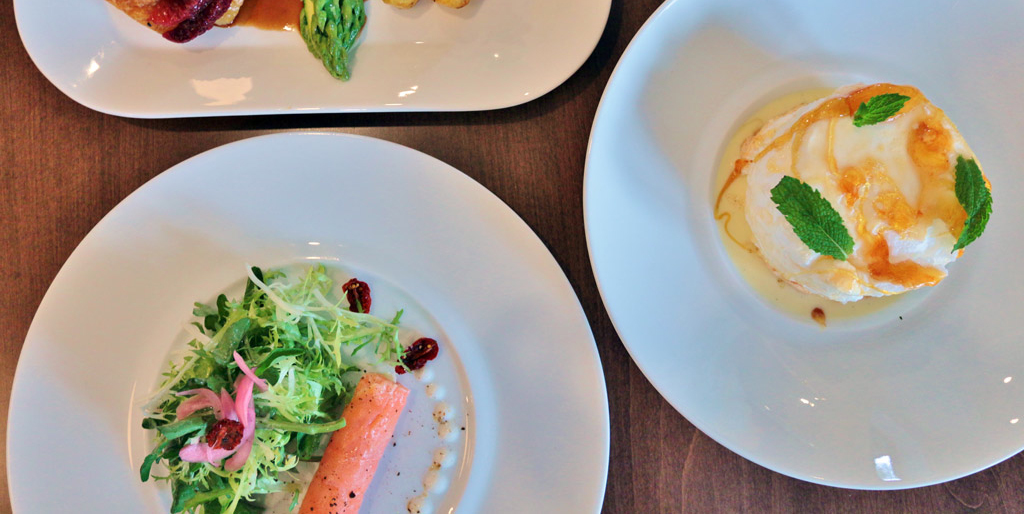 Midtown has always been home to great, neighbourhood bistros.  Sadly the likes of Céléstin and Mogette Bistro are no more, but not all is lost.

Laurie Hillesheim, long-time industry veteran, and first-time restaurateur has opened Birch Bistro in the old Céléstin spot on Mount Pleasant at the corner of Manor Road. She has enlisted chef Philippe Coeurdassier (formerly of Mogette Bistro) to run the kitchen. And just like that we’ve come full-circle.

Opening her own place has been a “lifelong dream” and at Birch, she’s taken what she’s learned from all the people she’s worked with over the years and brought those lessons into her own space.  She’s worked for some of the city’s top restaurants, most recently as the general manager at David Lee’s Nota Bene. 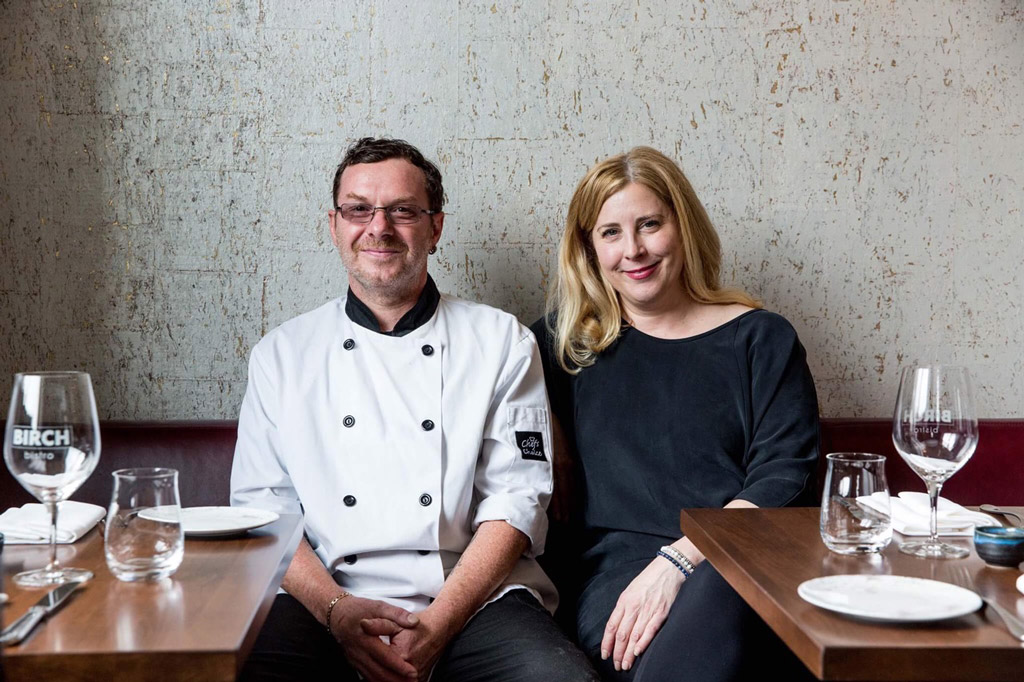 “French cuisine is my favourite and this was my dream location,” she says.

When asked why she decided to name the restaurant after a tree she explains “birch is my favourite tree but birch trees also feed forests because they’re so tall they end up falling over and feed the forest floor.” That’s a rather poetic connection since she hopes Birch Bistro will be a place that feeds the neighbourhood.

“I don’t care about making top 10 lists, I just want to create a beautiful space, with beautiful food with thoughtful and kind service; a great neighbourhood spot,” she says.

The 70-seat bistro has elegant yet simple design elements with a 1901 Heintzman piano as an accent, burgundy banquettes and a bank vault, remnants of its former occupant.  Hillesheim designed the space herself, a four-month endeavour from start to finish. 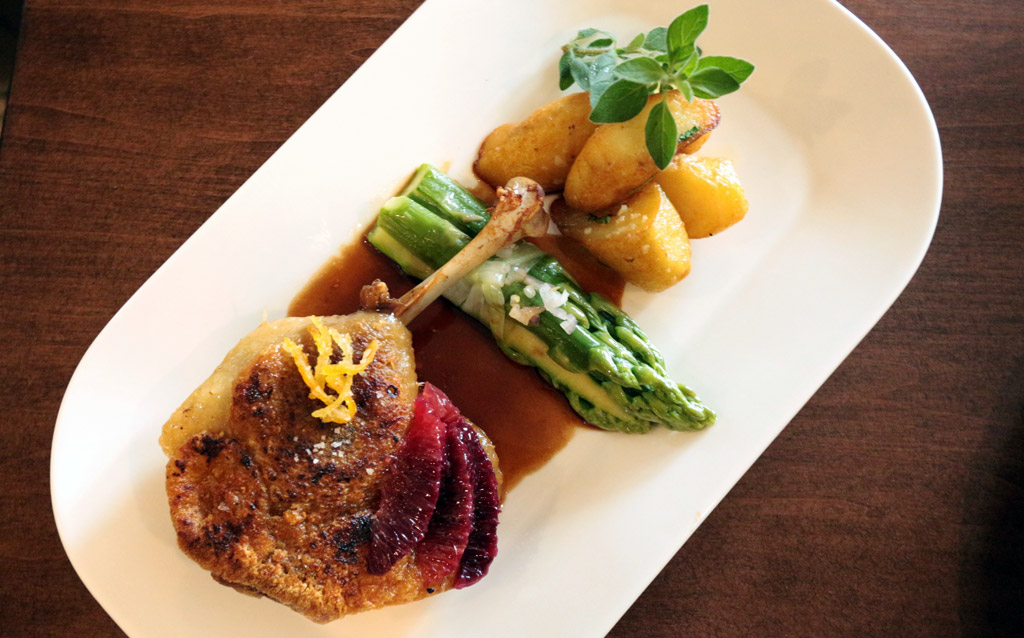 On the menu, you’ll find classic bistro fare such as duck confit, steak frites and moules marinières.  Coeurdassier grew up near Alsace and says, “cooking is in my blood.”

His grandmother and mother were role models early in his life. In Toronto, he has worked with the likes of Didier Leroy and J.P. Challet to name two. 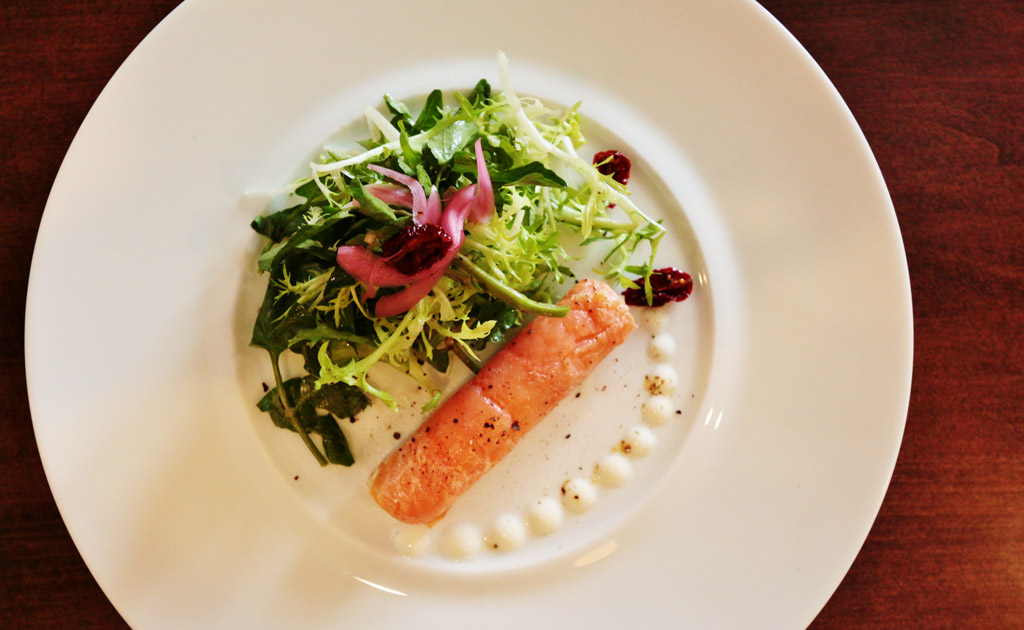 The salmon “cannelloni” is a source of pride for chef, “I made my name in Toronto with that dish,” he says.

Despite its title, there is no pasta in the dish. Instead, chef uses slices of salmon as the pasta to encase a creamy leek fondue served with a side of frisée. 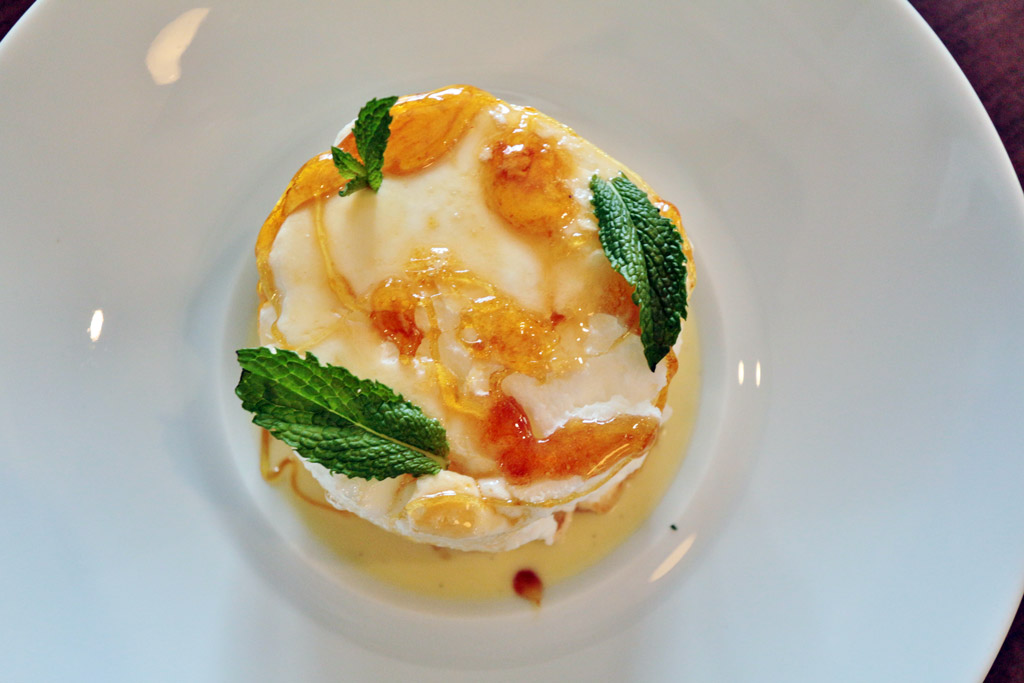 On the dessert menu, you’ll find French classics such as crème brûlée, île flottante (a meringue bathing in a pool of crème anglaise), and tarte au citron with meringue and blueberry compote.  There is also a 3-course prix fixe available every night of the week for $46 and a list of daily specials.  Beef tartare on Tuesday, Beef Tenderloin Rossini with seared foie gras on Saturday and so forth.

But perhaps the most refreshing thing about Birch Bistro is its wine list. Every bottle listed is also available by the glass (in 5 oz or 8 oz pours).  Hillesheim, a certified sommelier “wanted to keep wines at an approachable price point while showcasing different grape varietals, different styles and regions” on her list which is made up of 8 whites, 12 reds, 2 sparkling and a rosé.

At the bar, Mitchell Anderson (formerly of Liberty’s famed brunch spot, School) has created classic cocktails to accompany the classic French cuisine. He calls them “classics but something with a twist; cocktails that aren’t redundant,” such as Mitch’s Manhattan which has Jagermeister in it for an added twist.  The current cocktail list (all 2 oz. cocktails) are fruit forward because patio season is just around the corner. (Speaking of which Birch’s will open with 30 seats.)  Beer drinkers will find Goose Island and Mill Street on tap with a few import bottles and cider as well.

Brunch service will come early in May and be available on Saturdays and Sundays and an adjoining cheese counter is in the works.  Look forward to a mix of local and imported cheeses, sandwiches and quick service items when it’s fully operational.